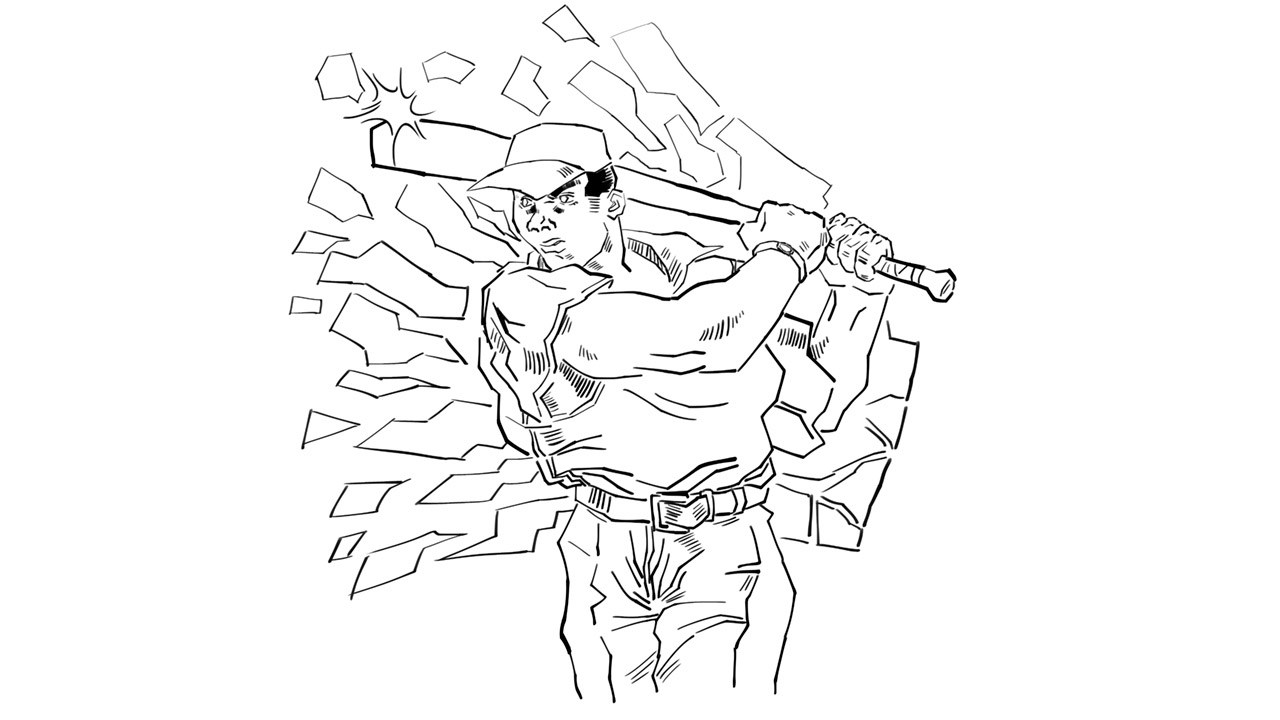 CREDIT: DYLAN CHARETTE
These individuals are all truly pioneers of each of their respective sports and deserve all the recognition they can get.

In celebration of Black History Month, Interrobang is commemorating some trailblazers in the world of sports. For almost half the history of most sports, Black men were not allowed to participate in professional leagues due to segregation and in all of these stories, there are individuals who endured hateful acts of racism and still found a way to shine.

We first honour arguably the most influential barrier-breaker of all-time, Jack Roosevelt Robinson. Since the 1880s, Major League Baseball (MLB) relegated Black players to what was called the “Negro leagues” and in 1945, Robinson began playing for the Kansas City Monarchs. Around this time, a few teams were warming up to the idea of signing a Black ballplayer, namely the Brooklyn Dodgers (currently the Los Angeles Dodgers). Branch Rickey was the president and general manager of the Dodgers and he wanted to make sure the Black player he signed was able to withstand the inevitable racial abuse that would be directed at him. When Rickey saw Robinson in a tryout he interviewed him and famously asked if he could face the abuse without “taking the bait.” Robinson replied, “Are you looking for a Negro who is afraid to fight back?” Rickey believed that it took more courage to not fight back and to “turn the other cheek” to racial antagonism. Robinson eventually made his MLB debut in 1947 with a mixed reception. Players on his own team refused to play with him, plenty of fans were screaming racial slurs towards him and he was constantly the target of foul play from his opponents. A player on the St. Louis Cardinals (a team that was particularly tough on Robinson), Enos Slaughter gave Robinson a seven-inch gash with his metal cleats. After a lot of abuse and Robinson showing his exemplary character, the Dodgers finally rallied around Jackie, and went on to win a World Series in 1955. To this day, Robinson is the face of barrier- breaking moments in sports and is the inspiration to many Black athletes in more sports than just baseball. His number “42” has been retired by the MLB league-wide and for one day every year, the whole league wears his number in his honour. Robinson passed away in 1972, but his legacy will always endure…just like him.

Next, we honour the first Black hockey player in the history of the National Hockey League (NHL). O’Ree met Jackie Robinson at a young age and was inspired to be an athlete. He grew up as one of the only two Black families in Fredericton, New Brunswick and immediately became passionate about hockey when he first got on the ice at the age of three. O’Ree became quite the minor league hockey player, scoring at a point-per-game pace in the Quebec Junior Hockey League and the Ontario Hockey Association (OHA). While playing for the Kitchener Canucks in the OHA, O’Ree lost 95 per cent of his vision from an errant puck. A doctor recommended O’Ree quit hockey, but instead, he was back on the ice in a matter of weeks. In the senior league, O’Ree returned to Quebec to play for the Aces, a team with a history of integration. During his time with the Aces, O’Ree shared the ice with Stan Maxwell, another Black Canadian. O’Ree’s play caught the eye of the Boston Bruins, an NHL squad who had a good relationship with the Aces. The Bruins would call up O’Ree to replace an injured player without any knowledge of the lack of vision in his right eye. O’Ree’s determination to make the NHL with only one eye was nothing short of incredible, let alone the bravery it took to face the racial abuse he witnessed as a Black man in a predominantly white sport. In 2018, O’Ree was inducted into the Hockey Hall of Fame and on Jan. 18 of this year, the Bruins retired O’Ree’s number “22.”

Before Jackie Robinson, there was Jesse Owens, a Black track and field athlete that won golds in arguably the most impressive circumstances at the 1936 Olympic Games in Berlin. The reason these games were so significant was because of the belief from Third Reich commander Adolf Hitler that the “Aryan race” was superior. Owens was, at first, hesitant to take part in the games but ultimately decided to compete. Deep in the heart of Nazi Germany, Owens arrived to the Olympiastadion to chants of what is translated to “where is Jesse?” Although the games were politically charged, Owens actually wasn’t hated by the German public. In fact, one of the German long jumpers helped Owens with the rules and gave him a technique that led to Owens winning the gold instead of failing to qualify. Owens would win three other golds in the sprinting events, effectively ruining Hitler’s plan of proving his race superior. Hitler never once shook hands with Owens or took part in any of his medal ceremonies. Despite looking like a refusal to acknowledge Owens, Owens actually defended Hitler: “Hitler had a certain time to come to the stadium and a certain time to leave. It happened he had to leave before the victory ceremony after the 100 metres. But before he left I was on my way to a broadcast and passed near his box. He waved at me and I waved back. I think it was bad taste to criticize the ‘man of the hour’ in another country.” This really shows Owens’ character. In such a hostile environment, he still had it in him to publicly defend the man who was hellbent on putting down people of his race. Owens’ came home and struggled to find work. A man who should have been seen as a hero, essentially returned to life as normal, though in due time Owens was honoured with many awards throughout the 70s, 80s and 90s.

These three men are just a few of the many examples of incredible barrier- breakers in sports history. There are so many men and women who have been trailblazers in their sports, like Althea Gibson becoming the first Black tennis player to win a grand slam and inspiring one of the best we’ve ever seen on a tennis court in Serena Williams. Lewis Hamilton is still the only Black driver to start a Grand Prix in Formula One history, not to mention win a record-breaking seven world titles and over 100 races. Texas Western was the first college basketball team to start five Black players in 1966, and went on to win the NCAA championship in front of an all-white crowd, against all-white Kentucky, judged by all white referees. The list goes on and on. These stories are incredible and deserve to be told more often than once a year during Black History Month. These individuals are all truly pioneers of each of their respective sports and deserve all the recognition they can get.
Baseball Black History Month Olympics Professional athletes Racism

1
Butterscotch: a short story
2
Considering racism in London by a Pakistani Muslim
3
Why the 2021 Toronto Blue Jays were the most exciting Jays team since '93
4
Black History Month: Movies, books and more
5
Why we need to cancel cancel culture

Being BIPOC: "How is it okay for us to cry?"

Black History Month in the NBA