Fat shaming in The September Issue 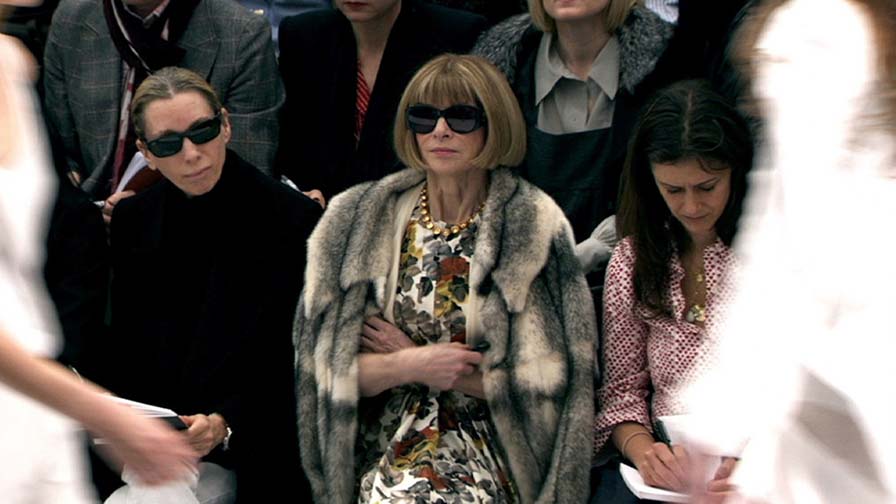 CREDIT: A&E INDIEFILMS, ACTUAL REALITY PICTURES
The September Issue follows Anna Wintour, a true fashion pioneer, and the editor-in-chief at Vogue Magazine, as she prepared the Sept. 2007 issue of Vogue.

I admire hard-work ethic and visionaries. I appreciate individuals, especially minorities who partake in exceptionally competitive industries. But, above all else, I believe ethical values, principles and character govern an individual’s respect.

During the summer of 2018, I binge watched countless documentaries based on prominent fashion designers. I observed and pondered nearly every minute to consider the dedication of the designers including their assistants. In general, the fashion industry is under-valued in society due to its highly limited employment opportunities and prospects. Therefore, the intensity and competitive nature of the industry is widely showcased within its documentaries.

Furthermore, these films are created using raw footage of nearly every hour prior to a renowned fashion show. I personally feel that these documentaries are framed to allow the average viewer to sense the concentration and devotion of designers and their workers, prior to major fashion events.

But, within this footage, the treatment of workers, family members, and others involved in the production is also visible.

At times, I recall feeling a connection between myself and the designer but strangely feeling disjointed minutes after watching them demean any individual around them.

A particular example of a documentary that left me extremely disengaged from a fashion designer, was The September Issue (2009).

The September Issue follows Anna Wintour, a true fashion pioneer, and the editor-in-chief at Vogue Magazine, as she prepared the Sept. 2007 issue of Vogue. Grace Coddington, a former model, who is under-taking the role as a creative director at Vogue is viewed as the antagonist of the film. The two collaborate, with a few clashes to enforce decisions pertaining to this specific issue.

In one of the scenes in this documentary, a cameraman, Bob Richman is photographed capturing a picture of a model. In this image, his entire body is visible. When this illustration was presented to Wintour, she immediately declined the idea of it being featured in the issue.

Right in front of him, she voiced her concern and stated that her main worry was Richman’s large stomach being visible. Seconds after she snubbed the offer, she turns towards him and tells him that he should perhaps consider visiting the gym.

Richman then told Coddington that Wintour rejected the image, essentially due to his stomach being visible. Coddington disapproves of Wintour’s remarks and cheers up Richman by telling him that he’s a cameraman, not a model, and there shouldn’t be an expectation for him to have a particular body type.

Although, many may argue that it may be childish to heavily judge someone because of a minor scene, I believe that Wintour’s statements during those moments were unprofessional and wrong.

As I further researched this specific instance, I read multiple articles that noted that after Wintour’s body-shaming comments towards Richman, Richman had lost a massive amount of weight.

Today, the fashion industry plays an enormous role in society’s battles with eating disorders, body weight issues, poor body image and more. There have been countless top models that have endured various forms of bullying for being overweight, while being malnourished.

Wintour’s fat-shaming comment towards Richman, someone outside of the industry, affects and hurts the public.

Personally, I believe in living a healthy lifestyle and practicing physical fitness. But I do not support body-shaming and ridiculing someone to the point where they force themselves, in unhealthy ways, to lose weight.

I watched multiple fashion related biographies, and perhaps there were fashion designers that were more belittling, but this particular film stuck with me because of my adoration for Anna Wintour prior to watching The September Issue.

I hope that the future generations that are part of the fashion industry are more knowledgeable about their influence and the power behind their words and behaviours. Perhaps, the industry can establish healthier choices without shaming.
Editorial opinions or comments expressed in this online edition of Interrobang newspaper reflect the views of the writer and are not those of the Interrobang or the Fanshawe Student Union. The Interrobang is published weekly by the Fanshawe Student Union at 1001 Fanshawe College Blvd., P.O. Box 7005, London, Ontario, N5Y 5R6 and distributed through the Fanshawe College community. Letters to the editor are welcome. All letters are subject to editing and should be emailed. All letters must be accompanied by contact information. Letters can also be submitted online by clicking here.
Body-shaming Documentaries Fashion

1
Mental illness at the Cecil Hotel: How Netflix unravels the mystery of Elisa Lam
2
If the shoe fits, wear it: How to find your style
3
Local start-up fights fast fashion
4
Queer coding in fashion: Less a style, more a philosophy
5
Can fashion defeat surveillance?