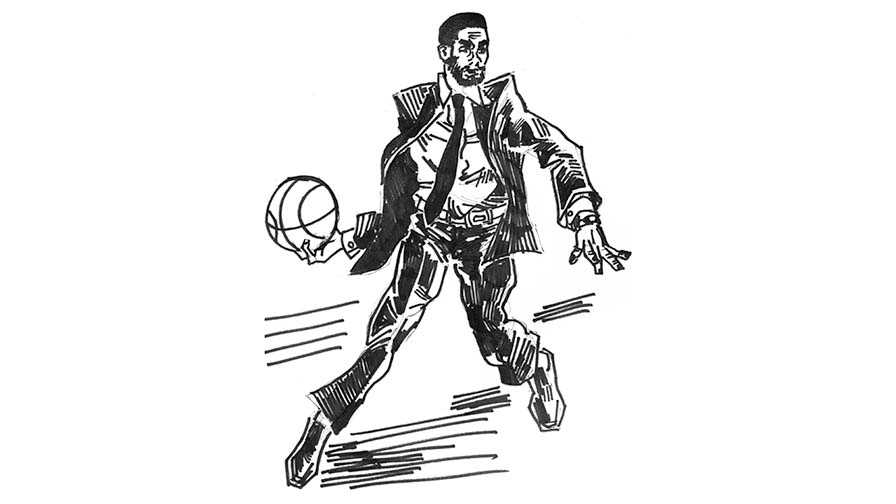 CREDIT: DYLAN CHARETTE
The point is, people care what their favourite players are wearing.

The National Hockey League (NHL) prides themselves on their traditions. Since the inception of the league, players have been dressing professionally for all games and until this season every team had to follow suit. The Arizona Coyotes, after selling the farm in the offseason to tank for Shane Wright, became the first team to ‘fully relax’ the dress code for their players. How can the Coyotes dress differently from the rest of the teams? Well, that’s because of the nature of the rule. The NHL is the only major North American sports league that has a rule for game day attire, stating:

Players are required to wear jackets, ties and dress pants to all Club games and while traveling to and from such games unless otherwise specified by the Head Coach or General Manager.

This means that despite the dress code existing in the collective bargaining agreement between the owners and players, the NHL has allowed team executives to make the decision for their franchises. After the postponement of the 2020 season due to COVID-19, the league restarted in the summer in two separate cities where 24 teams finished out their seasons in a ‘bubble.’ Some rules were bent in the bubble and the dress code was one of them, giving most teams a trial run on what it would be like to have no dress code. There’s no doubt that the bubble was a factor in the Coyotes decision, as they were one of the 12 teams invited to the bubble in Edmonton. Although, it wasn’t long after that the Coyotes became the first team to relax the dress code that a second team took notice, and it wasn’t just any team, it was hockey’s most wealthy and famous team, the Toronto Maple Leafs. One of the game’s brightest stars Auston Matthews plays for the Leafs and is known for some interesting looks, including an outfit in the Toronto bubble where he wore a Prada bucket hat as part of an ensemble that was valued at over $2,500. That was just for one game. Matthews told ESPN that he “wished there was no dress code” shortly before the team switched to business casual attire.

“I don’t mind wearing a suit, but it gets old, I guess,” said Matthews. “It gets old pretty quick. I think it’d be fun to wear different things and be able to express yourself, similar to what the NBA does or even the NFL a little bit. I just wear what makes me happy outside of the rink and even in the rink. But when it comes to games, obviously we have a certain attire that we have to meet. Hopefully it’s not too much longer we’ll be doing that.”

Matthews may not be the captain of the Leafs, but he is, without question, a leader in the organization. These comments were most likely what triggered the actions within the franchise. Matthews also brought up an interesting point. The NBA and their players are well known for game day ‘fits, most notably Chris Paul, who was voted most stylish player in the NBA by GQ, and Russell Westbrook, who is a mustsee when he is walking through the tunnel to the dressing room. If you aren’t aware of Westbrook’s fashion, trust me, you’re going to want to Google him right now.

The point is, people care what their favourite players are wearing. Slam Magazine’s Instagram account @leaguefits has over 700,000 followers with content that is almost exclusively basketball player fashion. The NBA is one of the fastest growing leagues across the globe and social media is where it dominates. Many players have built their brands through platforms like Twitter and Instagram and it has helped grow the sport. Hockey might be number one in Canada but it still has a long way to go before being anywhere near the NFL or NBA in the U.S. Perhaps allowing the players to express themselves and show some personality through clothing could help. On the other hand, if you’re a traditionalist, you’re probably cringing at the prospect of a league-wide abolishment of the dress code.
Dress code Fashion Professional athletes

1
Protecting your clothes through London winters
2
Why we need to cancel cancel culture
3
If the shoe fits, wear it: How to find your style
4
Queer coding in fashion: Less a style, more a philosophy
5
Fashion design partners with SILEX, massage therapy

Blame it on the Brits: Mapping British influence on fashion