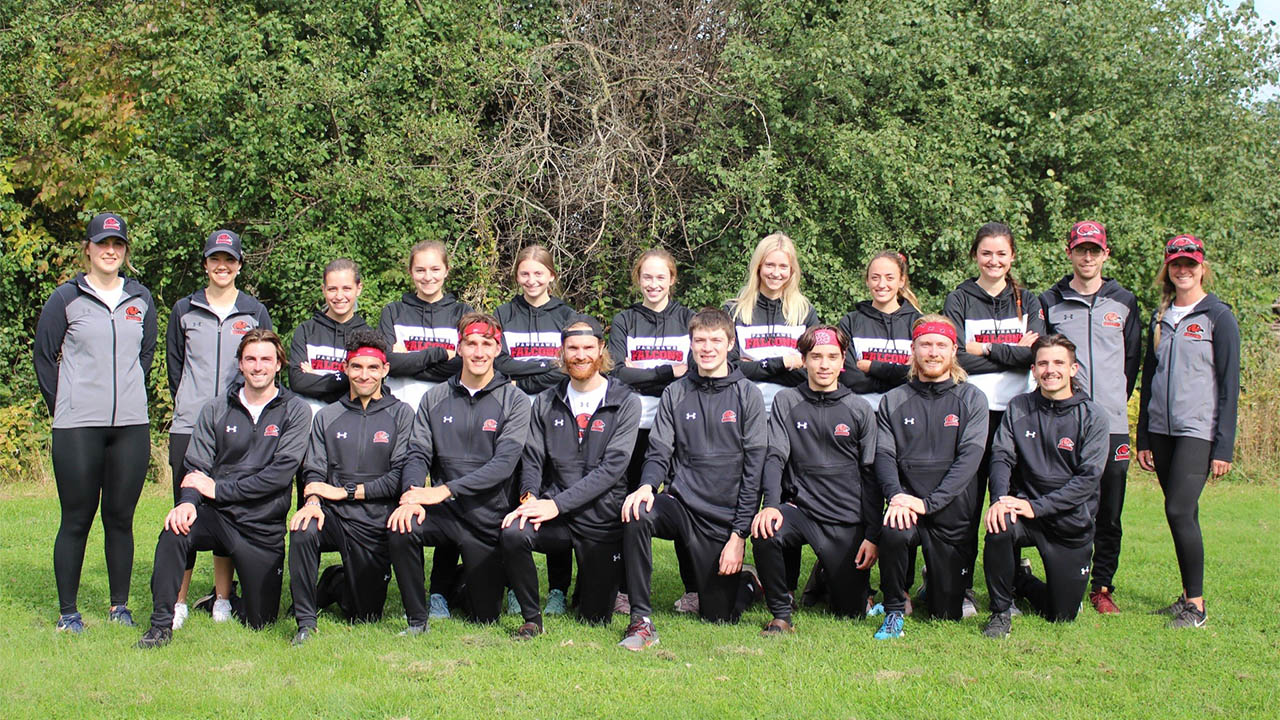 Following a cancelled 2020 season, the Falcons’ men’s and women’s cross country teams started their 2021 campaign triumphantly at the annual Fanshawe Invitational at the Fanshawe Conservation Area on Oct. 2. Individually, Seth Marcaccio was named Ontario Colleges Athletics Association (OCAA) athlete of the week for his blistering pace of 25:43 in the men’s 8km race earning him first place. Sandy Freeland achieved second place in 2019 and again this year with a time of 26:41, giving the Fanshawe men a onetwo finish to lead the team over St. Clair, who finished five points behind the Falcons.

Even without the individual race winner, the Falcons’ women built a larger gap to the opposition than the men in their 6km run with strong finishes from Tamara DePauw and Katie Rice, securing second and third place respectively with times of 25:18 and 25:41. Falcons’ Brooke Jez finished 19th in her first race since suffering an injury four year ago and was pleased with her admirable outcome.

“It was amazing to run cross country again,” said Jez. “I have not raced cross country since 2017 due to an injury. Four years is a long time to go without racing, glad I was able to strap on the spikes again. I am very happy with my results, I went out and did the very best I could, that’s what counts.”

The Falcons’ cross country teams staked their claim as a team to be reckoned with moving forward and Jez is thrilled to continue. Expectations could be high for the teams after such a successful first event of the season, but she maintained that the athletes just want to have fun and give it their all.

“Honestly, I think [the teams are] just excited to race,” stated Jez. “It’s been way too long. Our main goal is to go out and do our best while enjoying the sport we all love. As well as hoping to keep everyone healthy and in our best condition before the OCAA championships.”

A great opening race for the Falcons has the school proud and hopeful for when Jez and the rest of the runners race in the OCAA championships at the end of October.
Athletics Cross Country Fanshawe Falcons