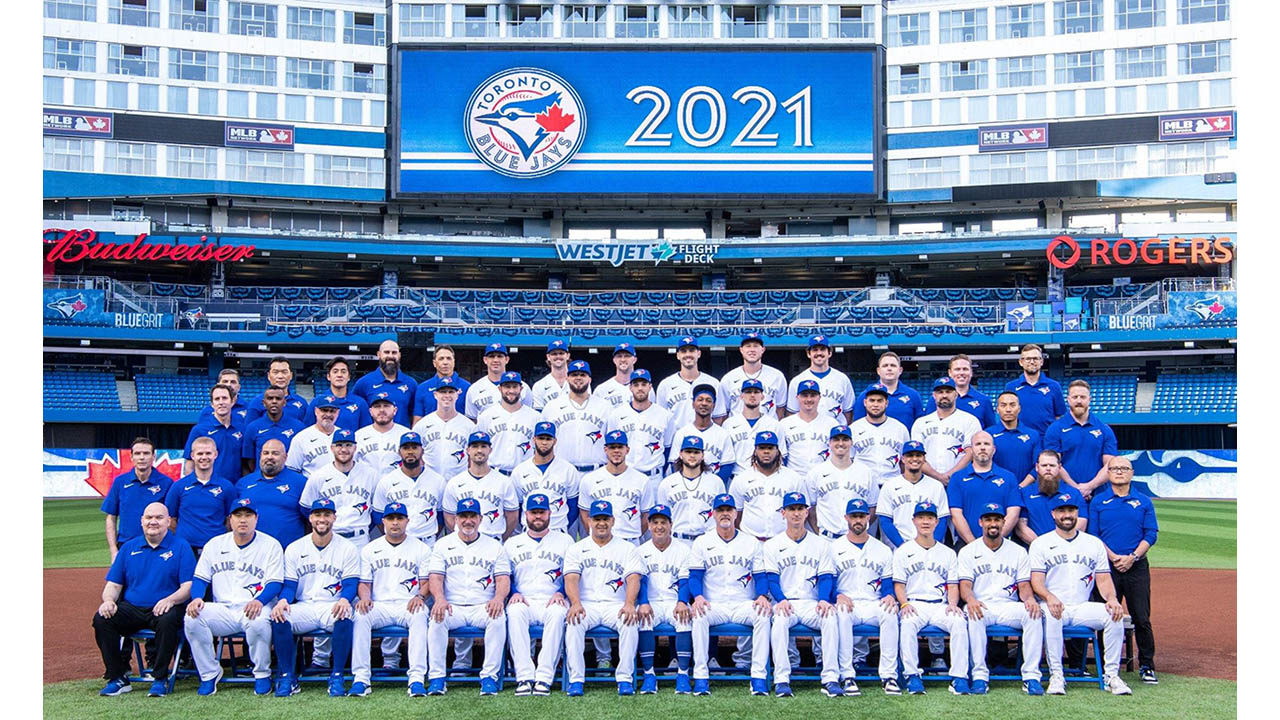 CREDIT: TORONTO BLUE JAYS
The 2021 Toronto Blue Jays will be remembered for their unstoppable talent, youthful energy, and all the fun they brought to the season.

The Toronto Blue Jays fell short of an American League wildcard playoff berth by a single game after a 91-win season and a playoff race tighter than Robbie Ray’s pants. It had Canada rallying around the Jays like in 2015 and when the nation comes together for sports, there is nothing more beautiful. The 2021 team was young, fun and most importantly, super talented. The comparison between this year’s Blue Jays and the Jays of 2015 can be made – there were some similarities, no doubt – but there were plenty of differences as well. Ones that make this team even better.

First of all, the most obvious distinction is that in 2015, the Jays were full of veteran stars with the oldest lineup, on average, across both leagues. The 2021 Jays actually had the youngest batting lineup, a polar opposite. Despite their age disparity, absolutely nobody wanted to play either squad. Whether the heart of the order consisted of Troy Tulowitzki, Josh Donaldson, José Bautista and Edwin Encarnación or the current Marcus Semien, Vladimir Guerrero Jr., Bo Bichette and Teoscar Hernández, opposing pitchers were always in for a tough night on the mound. Three of the players from 2015 are already out of the league, while all of the four current Jays are in or before their prime. The prospect of the future makes this ball club all the more engaging.

The hype for both teams gained a lot of traction in the last two months of their respective seasons. In 2015, the former General Manager of the team Alex Anthopolous traded for left-hander David Price and shortstop Tulowitzki at the trade deadline. This year, the Jays were sitting over 6.5 games back of the wild card when they swept the New York Yankees in the midst of an eight game winning streak and at one point in the month of September, claimed the top wild card spot over division rivals Yankees and Boston Red Sox. The division- winning 2015 squad may have made the playoffs, but the fight for the postseason in 2021 had Canadians glued to their screens watching this young team.

This is where things get eerily similar. The 2015 Jays had three of the top four RBI leaders in the American League, along with the leader in ERA in Price and the runner up in WHIP, Marco Estrada. This season, the Jays had four players hit for over 100 RBIs and Robbie Ray led both ERA and WHIP categories. Josh Donaldson won the 2015 AL Most Valuable Player and David Price was the Cy Young runner-up. With “Vladdy” in contention for the triple crown until the last couple weeks and Robbie Ray as the Cy Young favourite, at worst, the Jays will have two second place players for both awards. The battle in talent goes much further than the two leaders of the team though, this Jays roster is deeper with guys like Lourdes Gurriel Jr. and Randal Grichuk hitting for over 80 RBIs. Plus, we still haven’t mentioned the $150 million dollar man, George Springer, who came on very strong at the end of the season. That alone is downright scary. The Jays are also very deep in their starting rotation with the epitome of steady José Berríos, Korean sensation Hyun-Jin Ryu and potential Rookie of the Year Alek Manoah. The weakness of both teams was in the bullpen, so imagine if Kirby Yates (injured for the year) was healthy and pitching in a nasty one-two punch with closer Jordan Romano this season.

Finally, the most important part of it all. To not take anything away from the 2015 squad, this Jays team might have been the most fun in all of baseball. Don’t get me wrong, the 2015 Jays were fun, but there’s definitely a difference. Donaldson and Bautista were intense guys. Same with Marcus Stroman. They were much more likely to start a fight rather than friendships. It feels like the 2021 Jays are in a constant state of partying in the dugout and it’s clear that they all get along. The home run jacket, the smiles, Vladdy getting taped to the dugout – all of it makes this team so exciting.

The 2021 Blue Jays missing the playoffs is a travesty. Not just for people in Canada, but for all baseball fans. With a rotation of their calibre and a batting order scarier than The Shining, the Jays could have been a dark horse for a World Series run.
Baseball Toronto Blue Jays