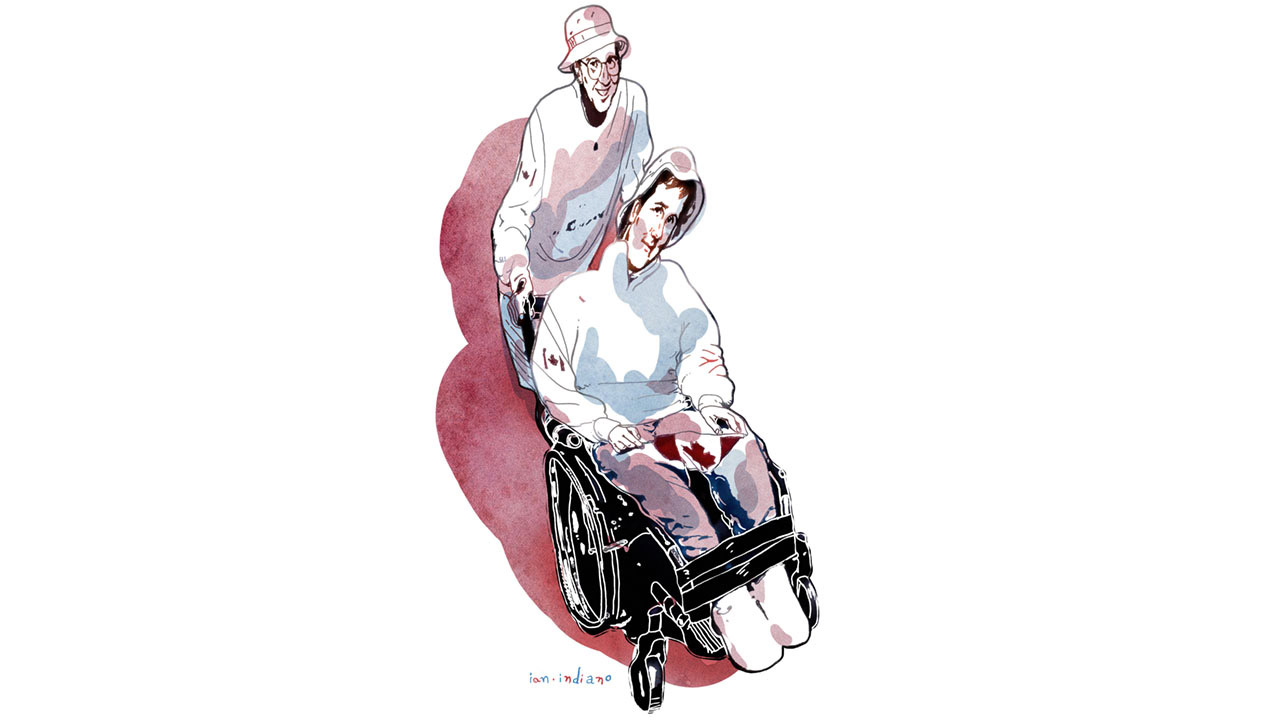 In 1980, right here in London, Jesse David - son was born. He was the middle child of John and Sherene Davidson. During his first years, he had the life every boy should have, growing up happy and healthy. At an early age he showed a strong interest for sports and the culinary arts. But it all changed when he was six. Jesse’s parents noticed their son struggling to get up from a sitting position and to climb the stairs to his bedroom. After months of tests and many referrals to specialists, Jesse was finally diagnosed with Duchenne muscular dystrophy (DMD).

DMD is a genetic incurable disorder characterized by the progressive muscle degeneration and weakness. It is just one kind of the many different types of muscular dystrophy, and the most common childhood form, affecting one in every 5,000 boys. The symptoms normally appear in early child - hood. As the muscles begin to weaken, the child may have difficulty jumping or going up stairs. Other symptoms may include the child stumbling or walking on their tiptoes. Duchenne affects mainly boys, because the DMD gene is found on the X-chromosome, and it is one of the most severe forms of the disease.

After Jesse’s diagnosis, the life of the Davidsons changed dramatically. But it was only the beginning of their story. John and Sherene knew that something needed to be done, and that the only way to find a cure would be through intense research and investment. In 1994, Jesse’s Journey was founded with a mission to raise research money and awareness to find a cure. In 1995, John pushed 15-year-old Jesse in his wheelchair across Ontario. The journey, which gave the name to the charity, began at the Manitoba/Ontario border, and finished 3339 km and $1.5 million later, in Ottawa. Three years later, John set out to walk across Canada from coast to coast, this time alone. He finished his journey 286 days later, after walking more than 8300 km. John not only broke the Guinness World Record for the fastest crossing of Canada on foot, but also raised $2 million for research. Since then, Jesse’s Journey has funded more than $13.1 million in research around the world.

Today, many charities and institutions around the world turn their attention to defeat DMD. Over the past decades, the life expectancy of individuals with Duchenne has increased significantly. Adults with Duchenne are living longer lives and are no longer an exception, thanks to research, new treatments, and discoveries. Because of that, September is considered the Duchenne awareness month, and Sept. 7 was World Duchenne Awareness Day. The date was chosen based on the Duchenne dystrophin protein, which is the longest human gene known. It consists of 79 exons, therefore, 7/9 is the date. Every year during September, thousands of people around the world turn their efforts to raise awareness and research funds for DMD.

John Davidson is an old friend of Fanshawe College (where Jesse graduated in 2001with a diploma in hotel and restaurant management). Here is part of the conversation Interrobang had with him.

Although September is the awareness month, how can we help during the other 11 months of the year?

“Keeping our internet presence strong and welcoming year round is the key. While we do everything we can to help showcase DMD awareness month, throughout the entire year we need to be that source that is the number one ‘go to’ place for information, particularly for newly diagnosed families whose world has just flipped upside down. Jesse’s Journey strives to make sure these families are assured that they are not alone and that they have found a home at Jesse’s Journey.”

Now that we are approaching the end of the pandemic, what are your hopes for Jesse’s Journey in a post-pandemic world?

“It’s not often that there is a silver lining in something as serious as a global pandemic. Jesse’s Journey with a small and dedicated team with strong technology skills was able to adapt quickly and find the benefits in the virtual world that the pandemic gave birth to. Our ability to shift our focus quickly, led to stronger than ever results both in fundraising and connectivity with Duchenne families across Canada and beyond. Having new tools to work with will strengthen our ability to grow in the future, while we closely monitor the time when we can reconnect with families in person at Family Forums across the country. The value in that kind of personal connection is beyond measurable.”

Jesse’s memory and legacy remains very much alive and stronger than ever. How can people learn more about his incredible story?

“Jesse lives on in everything we do in pur - suit of a treatment and ultimately a cure for Duchenne. The Jesse’s Journey website is an excellent source of information that is constantly updated with research information. The story of how Jesse’s Journey evolved and what happened following our time on the road can be found at YouTube (A Journey of Hope – Jesse’s Journey 20th Anniversary Documentary, 2018). This 19 minute biography illustrates what can happen when people set out to make a difference.”
Duchenne muscular dystrophy (DMD)