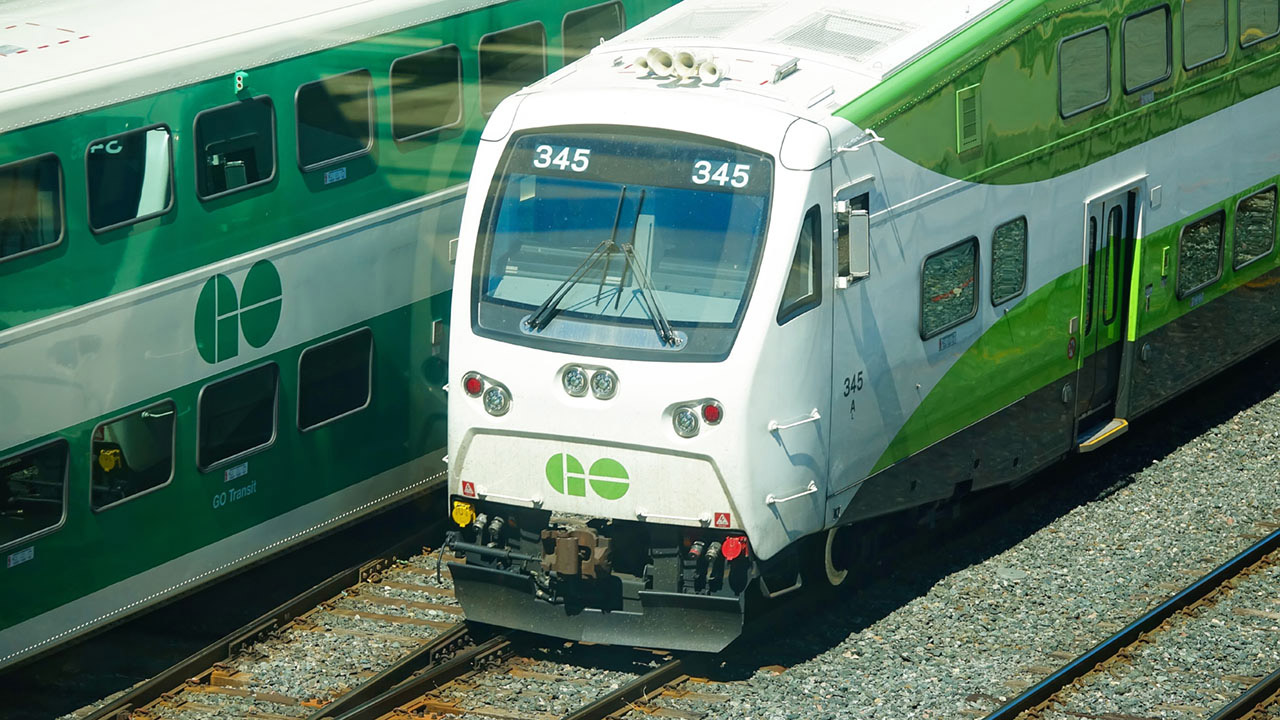 CREDIT: ELIJAH-LOVKOFF
From the GO train, to the Megabus, many new options for travelling out of London are on the move.

Ever since Greyhound announced that it would be halting its service across Canada in May, students and Londoners alike have been desperate for alternative options to get them in and out of the city. Luckily, many options have begun cropping up, with the hope of replacing what was once one of the easiest and most affordable ways to get between cities in Ont. without a vehicle.

Popular in Europe for its cheap and comfortable bus travel, Megabus has been steadily increasing its service across Canada since it launched here in 2009. The Megabus had long been an option for travellers going from Toronto to Montreal, but the yellow double-decker buses had yet to make their way west to London until recently. The new route 2740 bus makes two stops between London and Toronto. The bus sets off from the RV Parking Lot at the Flying J at 3700 Highbury Ave. South and drops you off at Union Station Bus Terminal at the Northeast corner of Bay St. and Lakeshore Blvd.

Of course, this option only works if you are able to get a ride to the Flying J (which is not accessible by London transit). However, it makes for one of the speediest options for travelling from London to Toronto, with a ride duration of about two hours and 20 minutes. The bus departs seven times a day, including a 12:45 p.m. pick-up at Western University. At just $24.99 a ticket, it is also the cheapest option we know of right now for travelling from London to Toronto.

Beginning Oct. 18, the GO train will finally make its way to London after much anticipation. On Sept. 15, the Ont. government announced that it would be expanding GO train service to southwestern Ontario with weekday trips between London and Toronto. The new service will also connect customers to Stratford and St. Marys using GO Transit services. According to the province, the pilot project will include one trip leaving from London in the early morning, and one return trip in the evening. The new service will extend beyond GO Transit’s Kitchener line and also include stops in St. Marys and Stratford.

“The people of Southwestern Ontario deserve better access to a safe and reliable transportation network,” said Caroline Mulroney, Minister of Transportation in a statement. “Under Premier Ford’s leadership, we are taking concrete action and keeping our promise to extend much-needed GO service all the way to London for the first time.”

The trip is one of the longer options coming to London, with the journey from London to Toronto’s Union Station to take approximately four hours. The trains will use current VIA Rail lines and stations, which in London, is located downtown at 205 York St.

Metrolinx has yet to announce a pricing structure for the London-Toronto trip, nor has it outlined specific departure times.

While both the above options have their pros and cons, only one service plans to operate stops directly from Fanshawe College. Great Canadian Coaches, a family-owned bus business, will soon be offering weekly trips to Toronto with various stops along the way, including Square One Mall in Mississauga, by way of the Fanshawe College campus. Students can be picked up outside the Student Centre at Fanshawe, but pick-ups will also be available at Western University and in downtown London.

Great Canadian Coaches Sales Manager Bernie Downey said serving students has always been at the forefront of their business model.

“One of the founders of our company, Larry Hundt….he went to school at the University of Waterloo,” said Downey. “He started getting involved and doing bus trips and organizing various student trips. He’s kind of come full circle in serving students.”

More details about the service, including pricing and scheduling are still to come. The weekly trips along with sight-seeing journeys will be launching some time in the next month.
GO train Great Canadian Coaches Megabus