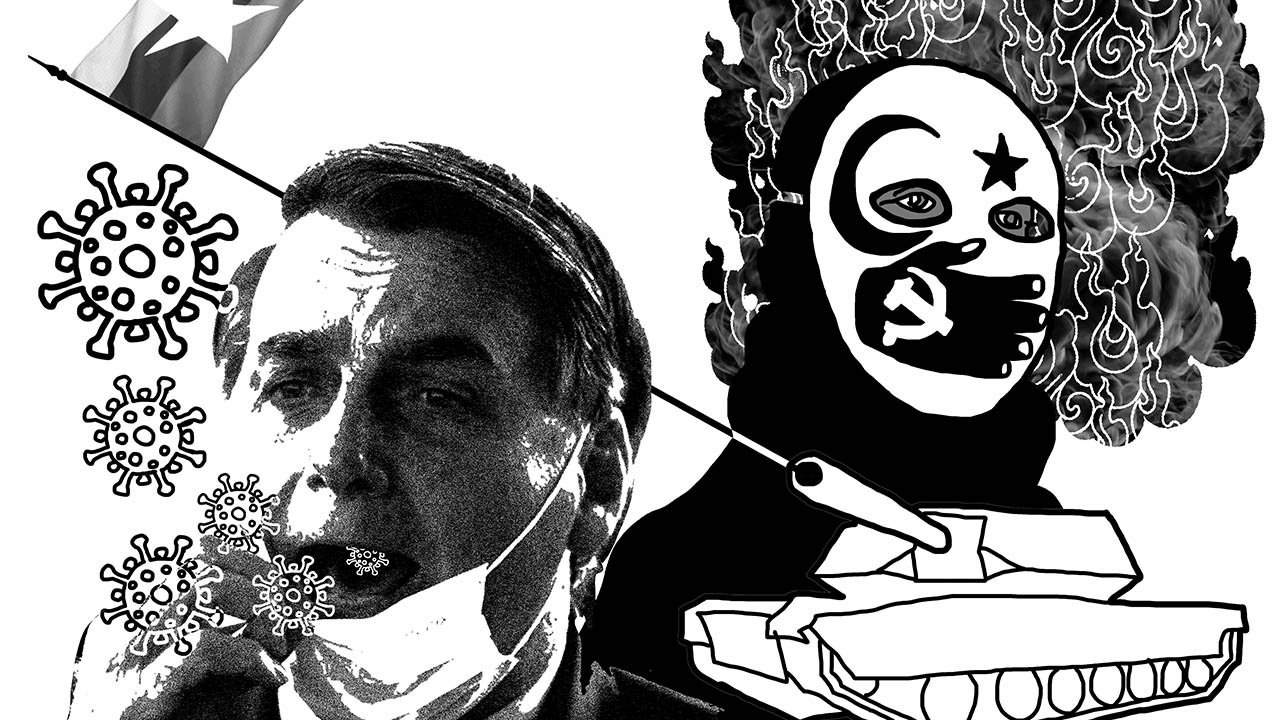 Credit: IAN INDIANO
A coup in Myanmar, a massive fire in Indonesia, the Uighurs crisis in China and more this week in Off the Radar.

The last Off the Radar edition of this school year is not optimistic — neither is it romantic in its pessimism.

As we once more move to a red zone, or possibly grey, in London-Middlesex, the world continues to be a mess. The number of different disputes of power and money, that roll over human lives as if they were nothing, keep rising, one after the other. A ship the size of the Empire State Building can be removed in a matter of days at the Suez Canal because it was compromising global commerce and rich people were losing money, but not enough can be done to protect the environment or save people from themselves. The phrase “it’s easier to imagine an end to the world than an end to capitalism” (Fredric Jamerson) could not be more (painfully) true.

Like the musicians on the Titanic, we are still playing as the ship sinks, and Off the Radar is still here trying to call attention to what we are not paying attention to.

Oil refinery on fire in Indonesia

A massive fire broke out on Monday, March 29, at the Balongan refinery, one of Indonesia’s largest and most important oil refineries. More than 950 residents have been evacuated from the region. At least five people were injured, and a few have been reported missing. The cause of the fire is unknown. The Balongan Refinery feeds petrochemicals and fuel to the greater Jakarta area. The government said that the “fuel delivery to the public is undisturbed and currently still ongoing.” The refinery is state-owned and relatively new, operating since 1994. Authorities and the public are calling for an investigation.

The numbers are devastating. The Assistance Association for Political Prisoners (AAPP) confirmed more than 400 deaths, including children, after last month’s military takeover. Myanmar is facing a concerning escalating wave of violence by security forces. Protestors said they will continue to fight regardless. The South East Asian country coup happened in retaliation to Aung San Suu Kyi’s victory in an election early this year. Suu Kyi is a human rights activist and Nobel Piece Prize laureate. The deadliest day of the conflict was March 28, the annual Armed Forces Day, where more than 90 people were killed, some of them in their own houses. U.S., U.K. and E.U. officials severely condemned the violence, and the national and international press are calling it a “massacre.”

Claiming that they were spreading “lies and disinformation,” China has imposed sanctions on nine U.K. citizens, including five MPs. The measure is a response to the measures recently taken by the U.K. government against human rights abuses against the Uighur Muslim people in China. These measures were co-ordinated with the European Union, U.S. and Canada. Those banned cannot enter China, Hong Kong and Macau, their properties in China were frozen and Chinese institutions are prohibited from doing business with them. The ban was already expected after the sanctions imposed on China over the Uighur crisis.

The Uighurs crisis: What is it?

China is being accused by human rights groups around the world of genocide after detaining more than a million Uighurs over the last years in what they call “re-education camps.” There is evidence suggesting that the Uighurs are being used as forced labour and women being sterilized by force. These claims configure crimes against humanity. Chinese authorities deny these accusations, saying that those camps are combatting Islamic extremism and separatism. The Uighurs are an ethnic group, mostly Muslim, living in north-western China. They are about 12 million and speak their own language, which is similar to Turkish.

Speaking of genocide, Brazilian President Jair Bolsonaro has described state governors and mayors as “tyrants” who have imposed lockdowns to contain the spread of COVID-19. His comment was said at his birthday celebrations recently, only a few days before Brazil passed the mark of more than 3,000 deaths a day. Although the Brazilian public health system is on the verge of complete collapse, Bolsonaro still maintains his claim that lockdowns are not necessary, and that people should “stop whining” about the pandemic. Brazil has more than 300,000 deaths since the beginning of the pandemic, showing Bolsonaro’s complete fiasco at managing the pandemic.
Brazil China Indonesia Myanmar Uighurs

Help a good cause while having fun

The end of the world?