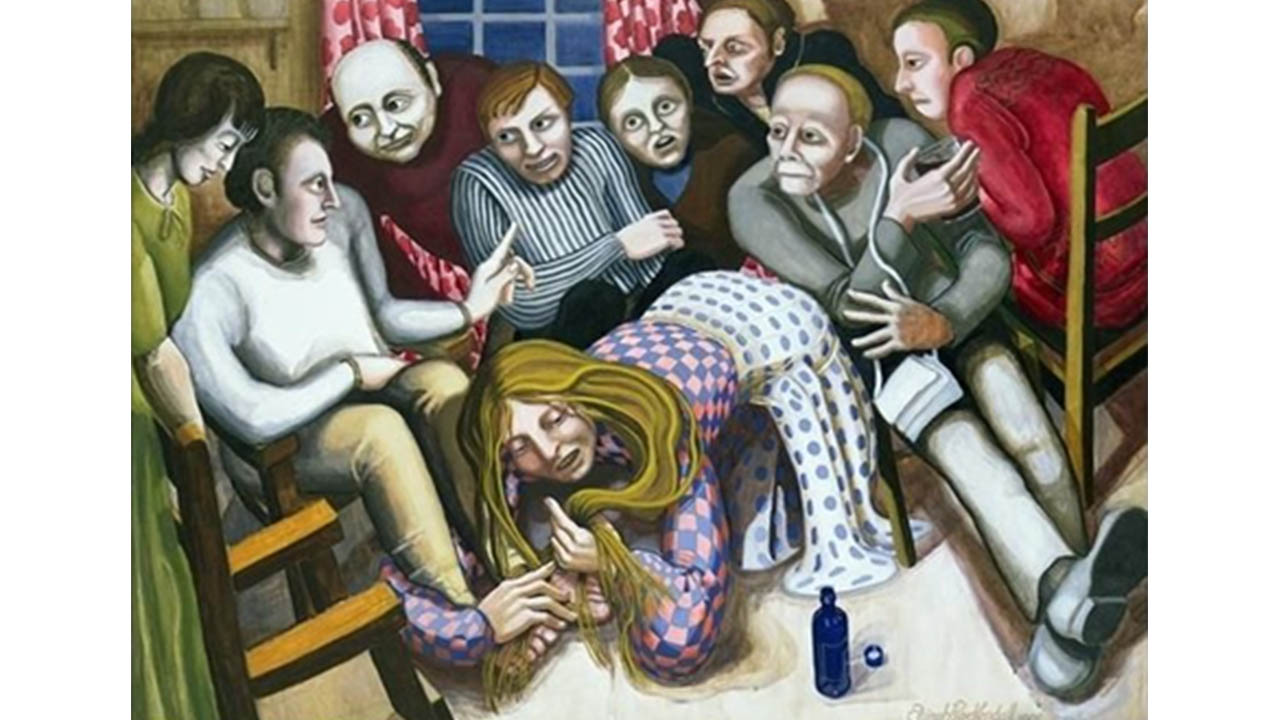 The two most important days in the Christian calendar are coming up. Soon there will be a world-wide celebration of the death of Jesus Christ (“Good Friday”) and his return from death (“Easter Sunday”) — both occurring roughly 2,000 years ago. In this article I am looking at one of the stories leading up to those two events, the account of someone named Mary pouring expensive perfume on the feet of Jesus and wiping them with her hair.

A quick word about the accuracy of the stories of Jesus. Are they reliable and trustworthy? Many people feel inclined to write them off as folk stories, or stories constructed by devout religious communities in the wake of the life and death of Jesus. Others write them off as stories constructed by an increasingly power-loving church which, over a number of centuries, used the figure of Jesus, the conqueror over death, to control the thinking of Roman citizens and the “barbarians” outside the Roman Empire.

However, the shape of the stories of Jesus was not determined by the needs of the communities of the first and second centuries. Nor was the shape of the stories determined by power-hungry church leaders. It was the eyewitnesses to the life of Jesus who controlled the shaping of the narratives. A number of biblical scholars are making this case, and I would say that Richard Bauckham, in his book, Jesus and the Eyewitnesses (2017), has laid it out very persuasively.

Let’s get back to our story of Mary. It appears in one of the four versions of Jesus’ life, this one written by a disciple of Jesus named John. (Last names were not a requirement in those times.) It is a strange story to modern eyes. Here is how it goes.

We are near the un-end (as I like to call it) of the life of Jesus in the town of Bethany, which is not far from Jerusalem. You can find both on any map of Israel today. In the town live three siblings, Mary, Martha and Lazarus, friends of Jesus. Recently, Lazarus had died. But Jesus brought him back from death, a spectacular moment that helped seal his reputation as a leader sent by God.

The three are at a dinner party, likely to honour Jesus. It takes place in the home of another admirer of Jesus, Simon, a “leper.” Probably Jesus had healed him earlier, as he had healed many lepers and other ill or disabled people, but no mention is made of that.

Mary brings a jar of “myrrh”, an expensive aromatic oil. The essence of myrrh, “nard,” was possibly imported from as far away as the Himalayas (William Hendriksen, Exposition of the Gospel According to John).

People are reclining, as was normal in those times. At one point, Mary takes the perfume, pours it on the feet of Jesus, and wipes his feet with her hair. That will strike many of us as bizarre, but in those days it would have connected to the Middle Eastern custom of washing the feet of walking-weary guests.

The thing about Mary’s act that most startled the guests at the time was that she had apparently spent a great deal of money to do this.

One of Jesus’ disciples, Judas, who by this time has become bent, protests that it would have been better to have saved the money and given it to the poor. John, though, recalls that Judas has been embezzling the common funds of Jesus and his fellow travellers. Judas’ comment is not motivated by generosity towards the poor but by opportunism. Jesus himself rebukes Judas, who would later betray him.

How does this story connect to the events about to happen, the death and rising of Jesus? First, the dinner party is a direct consequence of Jesus bringing Lazarus back to life. So the story connects with the motif of resurrection from the dead.

Second, the use of an expensive aromatic oil foreshadows the burial of Jesus. When Mary poured out the oil, the room, if not the entire house, would have filled with its fragrance. Later, after Jesus’ death and burial, several women approached his tomb with perfume. They wanted to dignify his body in a way that fit with Jewish custom.

And lastly, this event drives the story onward to the death of Jesus. Judas’ scheming is brought out into the open; it will result in his handing Jesus over to his enemies, the religious authorities. As for those authorities, we read that they now begin to plot to kill Lazarus. That gives them two plots to manage, since by this time in the story of Jesus, they have been scheming to kill him too.
Editorial opinions or comments expressed in this online edition of Interrobang newspaper reflect the views of the writer and are not those of the Interrobang or the Fanshawe Student Union. The Interrobang is published weekly by the Fanshawe Student Union at 1001 Fanshawe College Blvd., P.O. Box 7005, London, Ontario, N5Y 5R6 and distributed through the Fanshawe College community. Letters to the editor are welcome. All letters are subject to editing and should be emailed. All letters must be accompanied by contact information. Letters can also be submitted online by clicking here.
Easter Good Friday Jesus Religion

1
Places of worship in London
2
How Donatella Versace and Cardinal Gianfranco Ravasi ended up in a photo shoot together
3
Addictions
4
Christ, freedom, and COVID-19
5
Spirituality's Helping Hand

Online learning could be the key to educational accessability