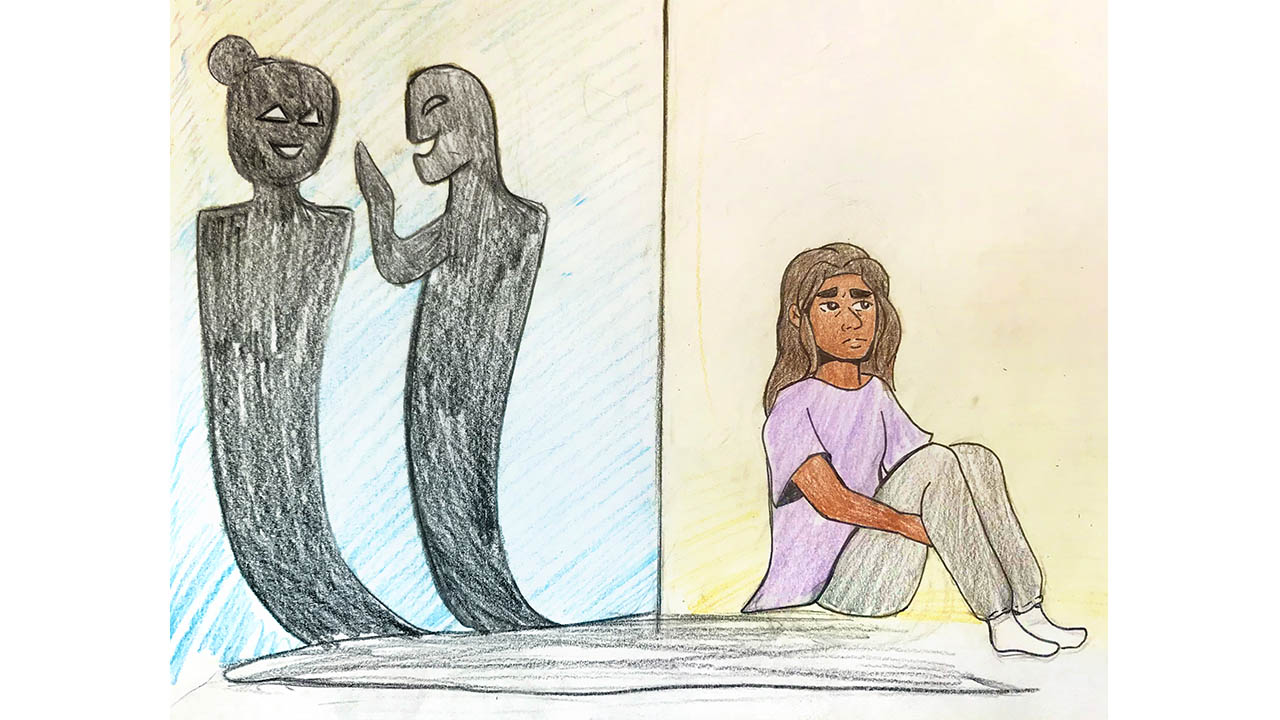 Many cultures stigmatize mental health issues and underwhelm the seriousness of neglecting to address its existence. Growing up as a Canadian-Egyptian, mental health was never thought of as significant concept in my life until I learned about it and experienced anxiety in high school. Oftentimes, when you come from an ethnic background and mental health is not an acknowledged problem in your culture, confiding in your parents usually results in one of two ways: to shrug off the feelings because it’s shameful to have them or to pray away your anxieties because if you are pious enough, it should go away.

Mental health disparities and stigmatization is common in many ethnic cultures, especially those from African, South and East Asian, and middle-eastern backgrounds. In a blog post on National Alliance on Mental Illness (NAMI) by Fonda Bryant, titled “You can’t ‘pray away’ a mental health condition,” Bryant talked about the stigmatization of mental health issues in the African American culture as a person raised in that community.

She discussed the stemming of shame associated with mental health issues. She revealed that using words like “crazy”, “cray cray” or “nuts” in association with people who have mental health conditions has created this shame and fear of having mental health issues, and thus many repress their issues because of how people around them will judge. Bryant depicted how her culture saw mental health as a not-legitimate-enough clinical condition, and a sign of weakness if you use it as a “crutch.”

The words “you just need to be stronger” are familiar when confronting your family about your mental health. “You are weak if you let feelings get the best of you” are words that I personally grew up with, and many others who come from cultures that view mental health as a weakness.

Personally, I grew up in a family that also viewed mental health in a negative light as it’s believed that if you have anxiety, stresses, depression, or any other mental health issue, it is because your faith is weak and that you aren’t “praying enough.” It made me feel guilty and even worse as I doubted the strength of my faith and my relationship with God. I would start believing that God hated me and that I wasn’t praying in the right way, or that I needed to pray more so that these feelings would go away.

Now I was dealing with more anxiety and stress than I was before because I was told my faith was weak. After going through that cycle a few times, I did my own research and reached out to different people to get new methods of dealing with my anxieties when praying didn’t do the trick. I realized that this was more of a cultural issue than it was a religious one, as religion acknowledges mental health as more than a condition remedied by piety.

As I grew up and took my own journey in my faith, I came to the conclusion that you are stronger when you address an issue and make the effort to help yourself without solely relying on prayers. So yes, you can pray, but I realized that it isn’t enough to only rely on God, you have to be proactive in helping yourself by seeking help.

In an Independent article by Rabbil Sikdar, titled “As a Muslim, I wish people would stop telling me that I can just ‘pray away’ my mental health problems,” the author shared similar apprehension of the culture of shame surrounding mental health and using religion as the sole tool to “solve” the issue. Sikdar shared that pride has a lot to do with the mental health disparities in these cultures. Having mental health issues can be seen as “something that could bring shame to the family” Sikdar revealed. The issue stems from the belief that others will judge you and your family for not having enough faith or being to weak to face what plagues your mind.

The author continued to relay that the stigma surrounding mental health issues is worse for women, especially in South Asian communities, because of cultural expectations revolving around the gender.

“They [women] are often shamed into silence and submission because in the more regressive parts of the culture women are seen as belonging to the family, and mental illness is a weakness that lowers their marriage prospects,” he disclosed.

East Asian populations face societal discrimination when presenting with a mental illness. A journal study, titled “Overview of stigma against psychiatric illnesses and advancements of anti-stigma activities in six Asian societies” talks about the mental health disparities in East Asian countries and how families keep their mental illnesses secret to avoid prejudice. The study found that many people of this demographic felt stressed from fear of discrimination and as a result have reduced self-esteems and feel alienated due to their mental health issues.

The journal revealed that the fear stems from the severe prejudice placed on people with mental illness and how they are regarded as dangerous and aggressive. This stigma resulted in Asian societies becoming less inclined to socially accept those who identify with mental illness.

Societies, cultures, communities, and people all around the world are still regarding mental health issues as a shameful illness that only affects the weak. Moreover, people who do have mental illnesses are too afraid to seek help due to the stigma and discrimination that surrounds mental health.

People are raised and taught to bottle their emotions and seek out faith to solve their ‘weakness’ in order to avoid the judgment of others. It is a sad reality for many people, but many are sharing their stories and finding ways to debunk the stigmas surrounding this issue.

It is hard to stray away from cultural norms and the constant need to live up to societal expectations, trust me, I went through it and I still am, much like many others. However, it is important to know that when you are going through something, there are people that can help you get better. You do not need to bottle your stress or shrug off your anxiety, all you need to do is accept a helping hand.
Culture Mental Health Stigmas

1
Being BIPOC: “How is it OK for us to cry?”
2
It's not you, it’s your antidepressant: SSRIs and sex drive
3
MENtal health: Cry about it
4
Mental health amid the Ukraine and Russia war
5
Sustainability Today: High time mental health is made a priority

Indian farmers continue to protest, but why is no one talking about this?