Indian farmers continue to protest, but why is no one talking about this? 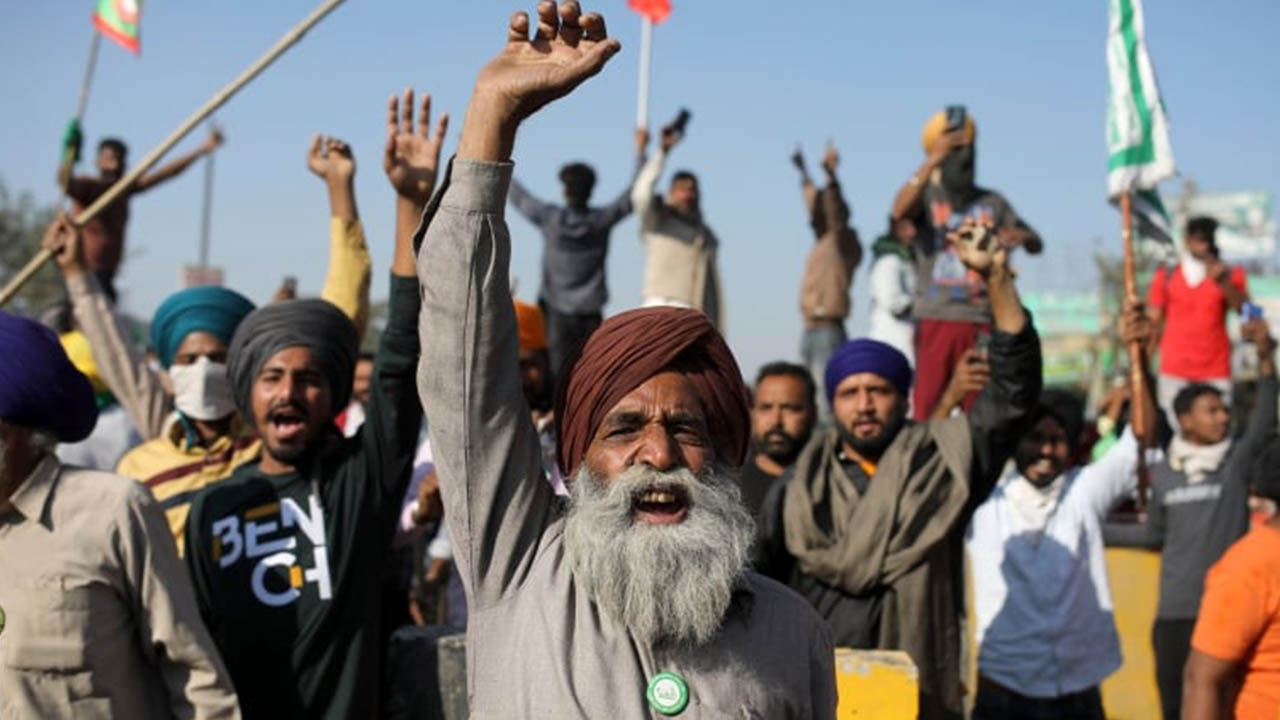 CREDIT: IMAGE CONTRIBUTED TO THE CORD
Opinion: Pay attention to how supposed democracies respond to protest and dissent.

TORONTO (CUP) — Back in December, I was standing in the Starbucks located on University Avenue and King Street, waiting for my order. Looking out the window, I saw a tow truck blocking the green-light traffic for a series of cars adorned with colourful posters and flags, honking their way through King Street.

At the time, I knew something was happening, but I had no idea I had just witnessed a peaceful protest advocating for the rights of farmers in India.

But why are people in Canada protesting for farmers in India? It’s the same reason Canadians peacefully protested for Black Lives Matter in May 2020 — the violation of human rights and immoral violence.

In September 2020, the Indian government passed three laws that opened its agriculture market to privatization. While these laws may have been intended to invigorate and globalize India’s farming industry, these laws will no longer guarantee minimum support for farmers’ products.

More than half of India’s workers are farmers who are grossly underpaid while India is a leading agricultural exporter. Therefore, with these laws, Indian farmers have no protection against corporate takeover and exploitation, thus hindering their independence and financial protection.

Indian farmers called for the repeal of these laws and began to protest outside India’s capital, New Delhi, on Jan. 26, 2021 — Republic Day in India. While these protests began peacefully, the Indian government labelled the protestors as dangerous threats, resulting in protestors being beaten, tear-gassed, and jailed.

Does this remind you of anything?

The Indian government is desperately trying to keep attention away from the New Delhi protests by shutting off the internet in protestor camps to reduce the opposition’s influence. This is a popular technique for the Indian government to employ to stifle news and dissent.

However, India is gaining international attention despite Modi’s wishes

Celebrities such as Rihanna, Greta Thunberg and Meena Harris (niece of US Vice President Kamala Harris) have shown support for the Indian protestors with #FarmersProtest on Twitter.

The Indian government has responded by recruiting various Bollywood celebrities to stand in support of their government, labelling protestors as “terrorists” and their advocacy as “propaganda” that hinders India’s sovereignty.

While India is at a greater distance from us, we saw this type of injustice and violence last May when people took to the streets to protest the death of George Floyd and other victims of race-based police brutality.

Without immediate political help, these victims, and their supporters, must take matters into their own hands and demand attention that provokes change. Despite their civility in demanding change, powerful people do not want to help change the world in a way that does not suit their interests.

After learning about the farmer protests in India and the protest I witnessed in Waterloo, I was heartbroken once again.

We’ve seen images and videos from the Black Lives Matter protests that went sour from unprovoked police violence. The same thing is happening in India, making me question why peace is met with violence.

The troubling message in both the Black Lives Matter protests and the Indian farmer protests is that dissent will not be tolerated and is punishable in what is supposed to be the world’s largest democracies.
Editorial opinions or comments expressed in this online edition of Interrobang newspaper reflect the views of the writer and are not those of the Interrobang or the Fanshawe Student Union. The Interrobang is published weekly by the Fanshawe Student Union at 1001 Fanshawe College Blvd., P.O. Box 7005, London, Ontario, N5Y 5R6 and distributed through the Fanshawe College community. Letters to the editor are welcome. All letters are subject to editing and should be emailed. All letters must be accompanied by contact information. Letters can also be submitted online by clicking here.
Farming India Protest