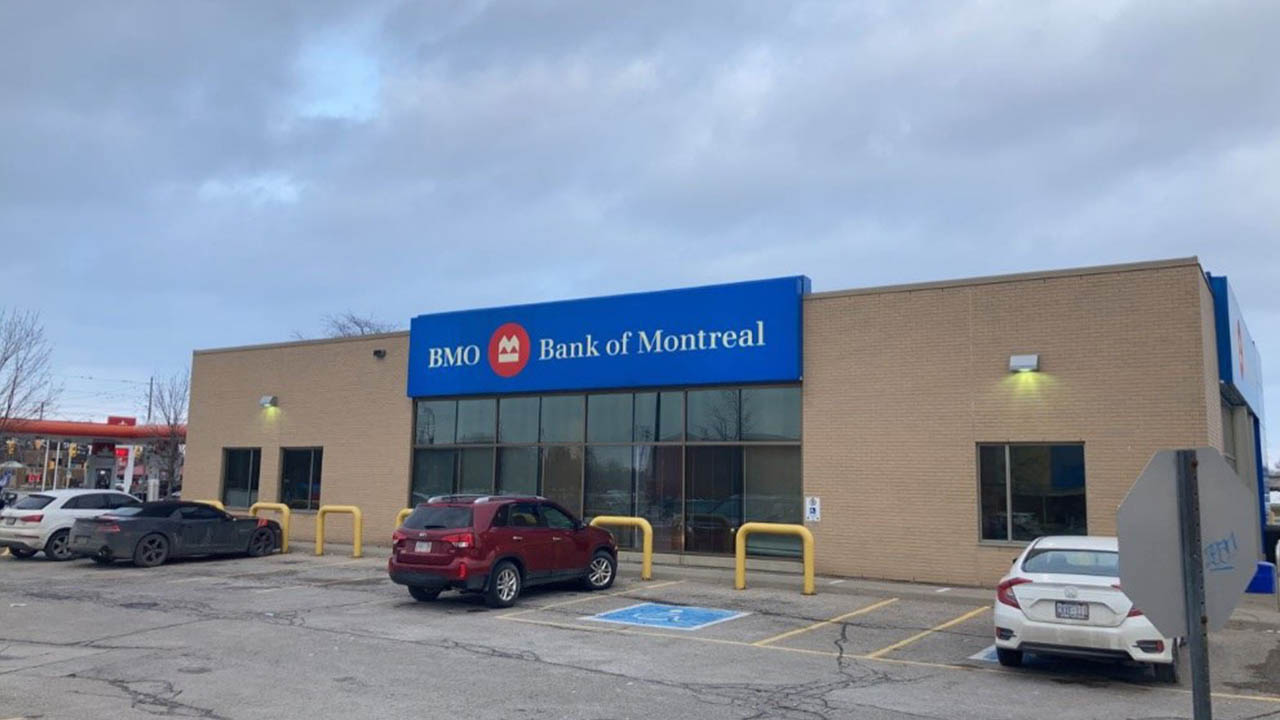 CREDIT: SKYLAR MCCARTHY
A local bank near Northeast London. One of the many advantages of cryptocurrency is being able to transfer funds directly without a bank.

For the last few years, I’ve always wanted to learn anything about stock markets.

I was always into math in high school and I originally wanted to do something in business. But as of recently, more and more people are getting into cryptocurrency. Celebrities like Bill Gates, Snoop Dogg, Elon Musk, Mike Tyson, and Serena Williams all have invested into cryptocurrencies. Crypto in general is seeing a high rise and many people are talking about it, but really, what is cryptocurrency?

Cryptocurrency is a digital or virtual currency that is secured by cryptography, which makes it almost impossible to counterfeit or double spend your currency. It’s a new form of digital asset, that’s based on a network that will be distributed across a large number of computers. Cryptocurrency uses Blockchain technology, which uses organizational methods to ensure the integrity of transactional data.

Many experts actually believe that blockchain technology will disrupt industries like finance and law. Cryptocurrency has received many criticisms, including the use of it in illegal activity, and the vulnerabilities of the infrastructure underlying them. However, they have also been praised for their portability, inflation resistance and their transparency.

The first ever blockchain-based cryptocurrency was Bitcoin, which remains the most popular cryptocurrency out there. Bitcoin was launched back in 2009 by a group called pseudonym. As of November 2019, there were over 18 million bitcoins in circulation with a total market value of around $146 billion. Today, one bitcoin is worth $45,802. The total aggregate value of all the cryptocurrencies in existence is around $214 billion. Bitcoin currently represents almost 68 per cent of the total cryptocurrency value.

One of the main advantages about cryptocurrency is that they hold a promise of making it easier to transfer funds directly between two parties without a third party like a bank or a credit card company.

These transfers are instead secured by use of public and private keys. They also transfer using different forms such as Proof of Work or Proof of Stake. In modern cryptocurrency systems, a user’s “wallet” or account address, has a public key.

Private keys are only known to the owner and are used to sign transactions. Cryptocurrency fund transfers are completed with minimal processing fees, allowing users to avoid the steep fees that are charged by banks and financial institutions.

However, one of the disadvantages is the semi-anonymous nature of cryptocurrency. This makes them well suited for illegal activates, such as money laundering and tax evasion. However, cryptocurrency advocates often highly value their anonymity, citing benefits of privacy. Bitcoin, for instance is a poor choice to conduct illegal business because the forensic analysis of the Bitcoin blockchain has helped authorities to arrest and prosecute criminals.

So, do you want to start in cryptocurrency trading? Well, the first thing you’re going to want to do is find a reputable exchange. As a beginner, your going to want to find an exchange that is trusted and a reliable source, even if it’s a bit more expensive. You buy cryptocurrencies, the next step is to build a portfolio and wait and see how that currency is going. It’s kind of like stock trading and buying stocks. You can sell any of your cryptocurrencies at any point to try and make a profit.

1
The quest for an affordable home in London
2
Interrobang Episode 21: Fanshawe Student Union Finance Coordinator Anuar Issa
3
Passion vs. paycheque
4
Healthy eating on a budget
5
Why is international tuition so expensive in Canada?

What is the future of women's hockey?