The Social Dilemma: What is the truth? 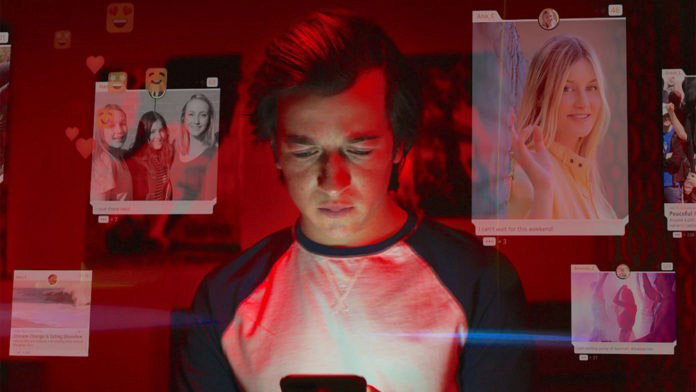 CREDIT: NETFLIX
After 16 years of a world ran by Facebook, many of us are beginning to break out of the spell and return to reality.

The moment of the year was Chris Crocker’s “Leave Britney Alone” video.

Found on his YouTube page, watching it again gave me a mix of nostalgia and sadness as the sentiments of the video still ring true today, but that’s for a different story.

I was in 10th grade and it was the last class of the day.

With 15 minutes remaining, a friend and I were sitting a few desks away from the door waiting to be dismissed.

Like the stereotypical 15-year-old girls we were, we were talking about boys.

She was giddy about her recent correspondence with a particular guy, a handsome hockey player with a head of hair to match. He had asked her out to the upcoming Halloween dance and of course she was going.

As we eagerly explored our minds for potential couple costumes, there was something different to their romance, specifically how they were communicating. Rather than the sloppily planned out water fountain rendezvous, they were talking on a website.

Now, this isn’t the ‘80s so chat rooms weren’t uncommon, but a new site was becoming all the craze: Facebook.

And just like that, with a few clicks of a button, I unknowingly signed away my thoughts, feelings, attention and time.

Fast forward to today and what is shaping to be the year of reckoning, The Social Dilemma highlights the trepidation of social media.

The Netflix documentary attempts to break down the barrier between technologist and consumer, particularly between the creators and the everyday user.

Between the copious amount of expertise and the interwoven narrative, the documentary plays out like a sci-fi thriller. It does an excellent job of retaining your attention long enough to understand that the world is not as it seems.

Sounds dystopian, I know. But if 2020 has taught me anything, it’s that we’ve been living in an episode of Black Mirror for a lot longer than we thought.

The primary focus of the film is to illuminate the impact thousands of distorted realities have had on our world view, both as a collective and individual. It also works to inform us that both our attention and behaviour are up for sale to the highest bidder.

This sounds terrifying and most people I’ve spoken to that have seen the film agree.

However, rather than wallow in the shared anguish of our new world order, I choose to remain hopeful. This hope derives from one simple question, how do you fix a problem you don’t know exists?

With the hope of reentering nuanced conversation into the online zeitgeist, the film tries their best to answer this very question.

It analyzes the why and how we receive the newsfeeds, timelines and Google searches we do, with the hope this explanation will encourage consumers to be smarter with what they consume.

Regardless of where you fall on the spectrum of social media use, one thing is for sure: something needs to change. Let your viewing of The Social Dilemma be the beginning of bringing objective truth back into your life.
Conspiracy Dystopian Netflix Social Media Truth

1
Our favourite TikToks of the week - 21/05/2021
2
Queer screen countdown
3
Marketing students create ads for local businesses
4
Why we need to cancel cancel culture
5
Home Alone for Christmas 2: Lost in the Metaverse