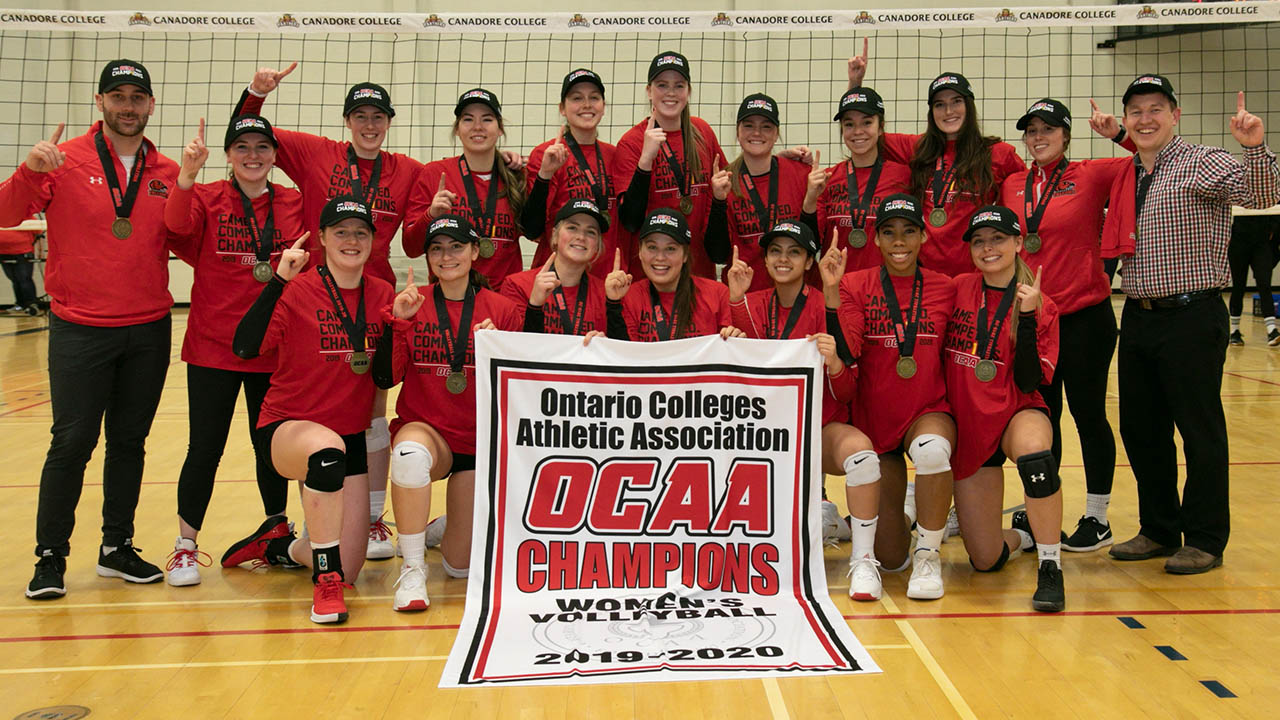 Press releases from Fanshawe Athletics described the team’s final provincial games of the season and honours received by Fanshawe’s own student-athletes.

The women’s volleyball team celebrated another year as OCAA Champions after winning 3-1 over the Humber Hawks. The teams traded points in set one, where the Falcons had a slight edge thanks to Tarea Heshka (bachelor of environmental design and planning) and Janelle Albert (business - marketing). Kiana Lee (fitness and health promotion) delivered a kill to continue Fanshawe’s lead and the Falcons snatched a 25-18 win.

Mattea Deleary’s (bachelor of early childhood leadership) hit and Ashley Rafferty’s (business) dump gave some momentum for Fanshawe, but the Hawks swooped in and grabbed a 25-18 win in set two. Lee’s right side kill gave the Falcons a strong start as Albert rallied plenty of digs and a pair of kills to give the Falcons a 16-8 lead. Lauren Reycraft (business - marketing) shifted the Falcons to a 25-18 victory in set three.

Although Humber led most of the fourth set, Albert scored three kills in a row for a 14-14 tie. During the deciding set, a large block from Kim Hardy (occupational therapist and physiotherapy assistant) tied up the score at 24. Albert’s kill give the Falcons a lead by a single point. Katie Stewart (fitness and health promotion) delivered the game winning hit and Fanshawe won the fourth set 27-25.

Rafferty was the Player of the Match and Lee and Deleary became Tournament-All Stars. For the second year in a row, Albert was named the Tournament MVP. 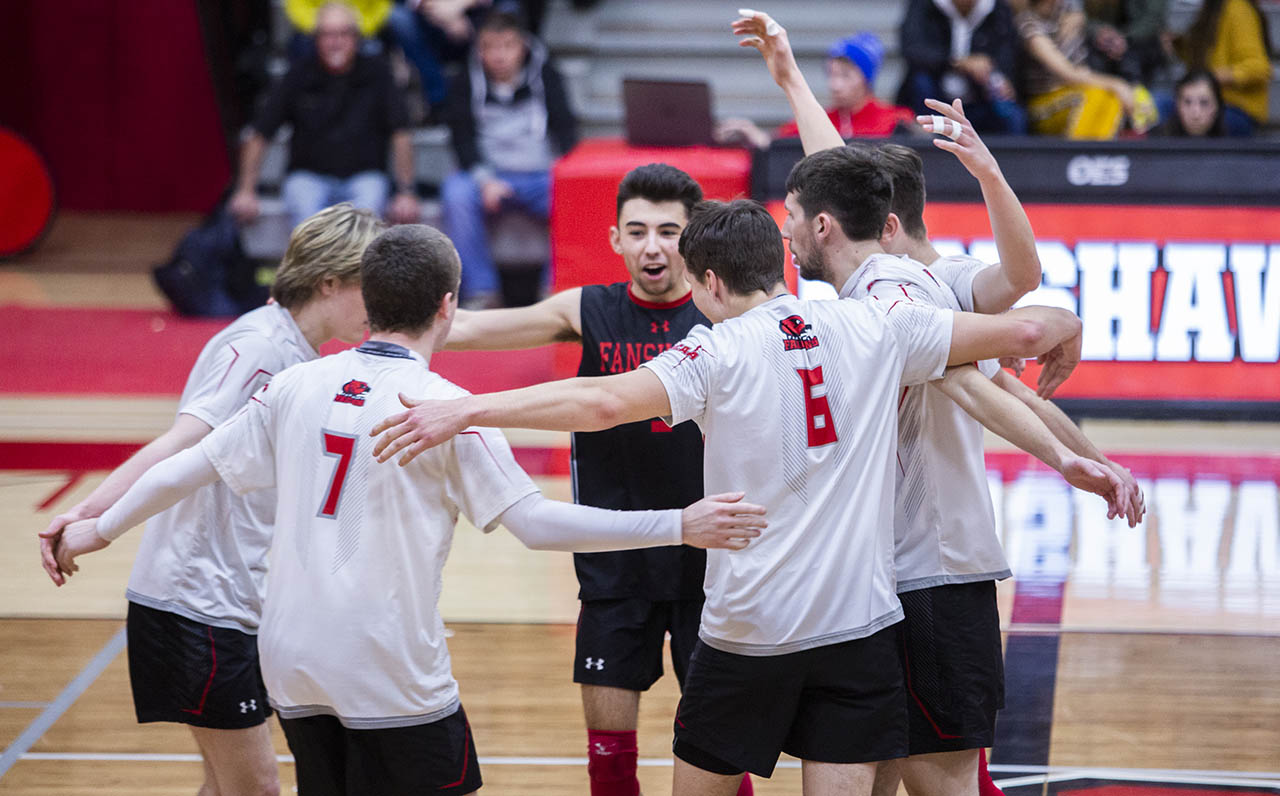 The men’s volleyball team dropped the OCAA bronze medal match in a 3-2 loss to the Georgian Grizzlies. While the Falcons had a strong start with 25-23 wins in the first two sets, the Grizzlies snatched a set three win 25-22 and then a 25-23 fourth set win. The Grizzlies won the fifth and final set 15-13.

Ewan Mason (recreation and leisure services) led the Falcons with 19 points. Luke Blissett (bachelor of commerce) earned 16 points and Mike Liscumb (general arts and science) earned 11 points for the Falcons. Mason received a Tournament All-Star honour and Liscumb was declared the Player of the Match.

Prior to Provincials, the Falcons were honoured for their athletic performance. Albert was named the OCAA Player of the Year. She set new Fanshawe women’s volleyball records with most kills in a season at 269 and most points in a season at 322. On average, Albert scores 5.9 points per set, a .382 kill percentage.

The women’s volleyball team will head to the Canadian Collegiate Athletic Association (CCAA) National Championships from March 11 to 14 in Quebec City. They will face the Red Deer Queens in the quarter-final match on March 12.
Athletics Fanshawe Falcons OCAA Volleyball

A look into residence life