Romantic horror films to spook up your Valentine's Day 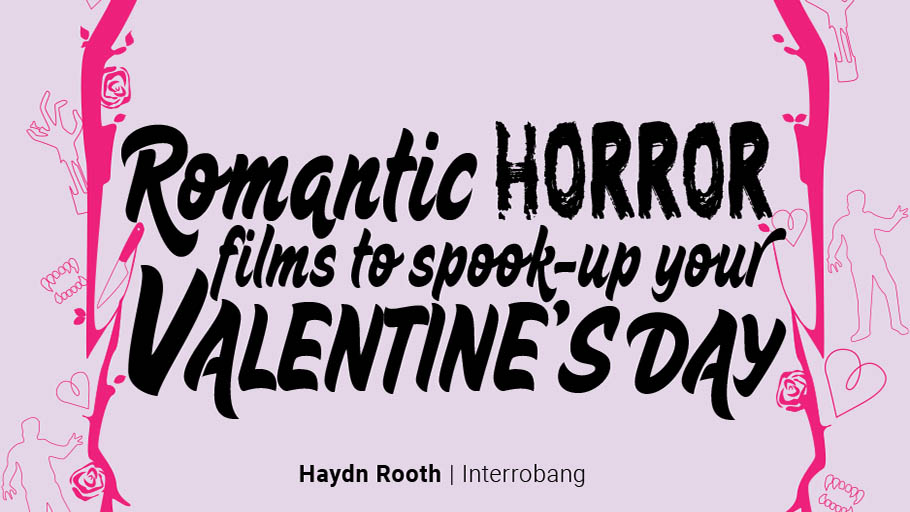 Valentine’s Day means movies about romance, love and the extraordinary lengths people have gone for their special someone. But that does not mean Richard Gere and Julia Roberts get to hog all of that Valentine’s Day material.

Horror legends such as Boris Karloff and Lon Chaney Jr. have been splicing romantic themes into their spook shows since the ’30s. Modern directors like David Cronenberg and Jordan Peele have continued this hallowed tradition in film-making, enriching the romantic-horror genre. Enjoy seven creepy but cute romantic-horror films:

A small mining town in Canada is terrorized by a mining gear-clad psychopath during a night of Valentine’s Day festivities. This is a classic slasher flick that helped launch the genre amongst titles like Black Christmas and the Texas Chainsaw Massacre. Be sure to watch the re-released 2009 version of the film that has three minutes of cut footage that really adds to the kill count.

A beautifully shot atmospheric horror film. A Serbian woman marries an American man but is afraid that her homeland’s folk tales about the cat person may be true. She believes that within the heat of passion she will transform into a large cat and murder her husband. Clever sound design, set design and well thought-out nuance takes this horror-love story to another level of gorgeous cinema.

An anthropologist studying an ancient African group of blood-drinkers is murdered by his deranged assistant with a ceremonial dagger. The murderer commits suicide and the anthropologist wakes up, hungry for blood. This is an experimental horror film that explores many deep topics in interesting ways, for example, blood-drinking is used as a metaphor for addiction.

Cronenberg-ian body-horror and romance mesh so well. A scientist and a fly end up splicing their genes together. While the scientist is transforming into a monstrosity, he is faced with the break down of his relationship. Jeff Goldblum delivered an awardwinning performance for this role.

A film where the vampire is not the main villain and the love interest is the one dishing out deceit. A few twists take this horror classic out of the golden era’s rut of unoriginality and places it into the horror hall of fame. A great story of love and sacrifice.

Critically acclaimed and thought-provoking. A bullied child befriends a young vampire and the two of them begin a bloody adventure. A relationship between the two form and the bullied child reveals that he wants to kill while the vampire needs to kill. Exploring the darkness of humanity, this film does a great job of harnessing the rawness of young emotions.

Vincent Price delivers a masterful performance as always as the deformed, famous concert pianist; Dr. Phibes. The doctor prefix comes from his knowledge of theology and music. Dr. Phibes sets out to murder each of the attending physicians who operated on his wife who died during the operation. Dr. Phibes blames her death on their incompetence and looks to the ten plagues of Egypt to exact his revenge.
Horror Movie lists Romance Valentine's Day

1
Upcoming movies to look out for this summer
2
How to have a feminist March marathon
3
Things to do on Valentine's Day: Singles edition
4
The best made-for-TV, cheesy Christmas flicks
5
How Jim Carrey Stole Christmas: The Grinch movies ranked

Are you in a healthy relationship?

Breaking up is hard to do