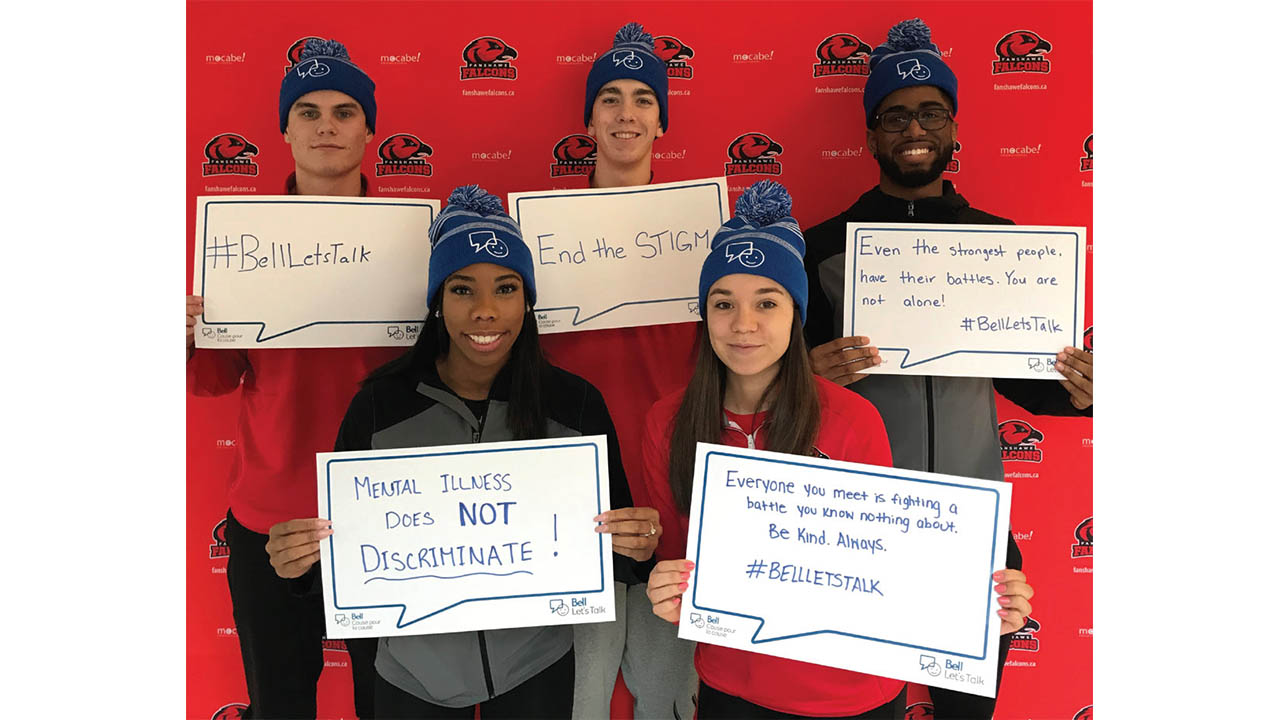 CREDIT: FANSHAWE ATHLETICS
It was a win-win for the Fanshawe Falcons men's and women's volleyball teams during their Bell Let's Talk double-header on Jan. 22, where they squared off with the Redeemer Royals.

On Jan. 22, Fanshawe’s men’s and women’s volleyball teams squared off against the Redeemer Royals as part of Bell Let’s Talk.

“[Johnston] has been incredible, she really hasn’t played volleyball her entire life, and she’s humble about it,” said head coach Jeff Millar. “She really has improved as the season has been happening.”

Fanshawe’s top performer in this contest was Janelle Albert (business – marketing), who scored 18 points, moving her into seventh place in the Falcons women’s alltime point leaders with 456 in less than two seasons.

The men’s volleyball team (6- 6) played later that night, upsetting the Royals (8-5) by winning the match 3-1. Fanshawe won the first set with fifth year star Mike Liscumb (general arts and science) opening the scoring and getting the team off on the right foot in a 25-18 win. In the second set, the Falcons kept it close, but Redeemer came back late in the set to win 25-22.

In the third set, both teams kept trading points, but a big block by Mitch McFadden (electrical techniques) turned the momentum back to the Falcons, as they won the third set 25-19. In the fourth set, the momentum kept going for the Falcons and McFadden was able to score the game winning point, winning the fourth set 25-19. Liscumb came away with 10 points on the night, becoming rising to fifth on the Falcons men’s all-time points list with 396. He also is currently third in all time blocks with 93.

Both Falcons teams are now looking at the playoffs, as the regular season ends in mid-February.

Both teams play on Feb. 1, against the Niagara Knights at Fanshawe. The Women’s game will start at 1 p.m. Right after the women’s game, the men’s team will play at 3 p.m.
Bell Let's Talk Fanshawe Falcons OCAA Volleyball