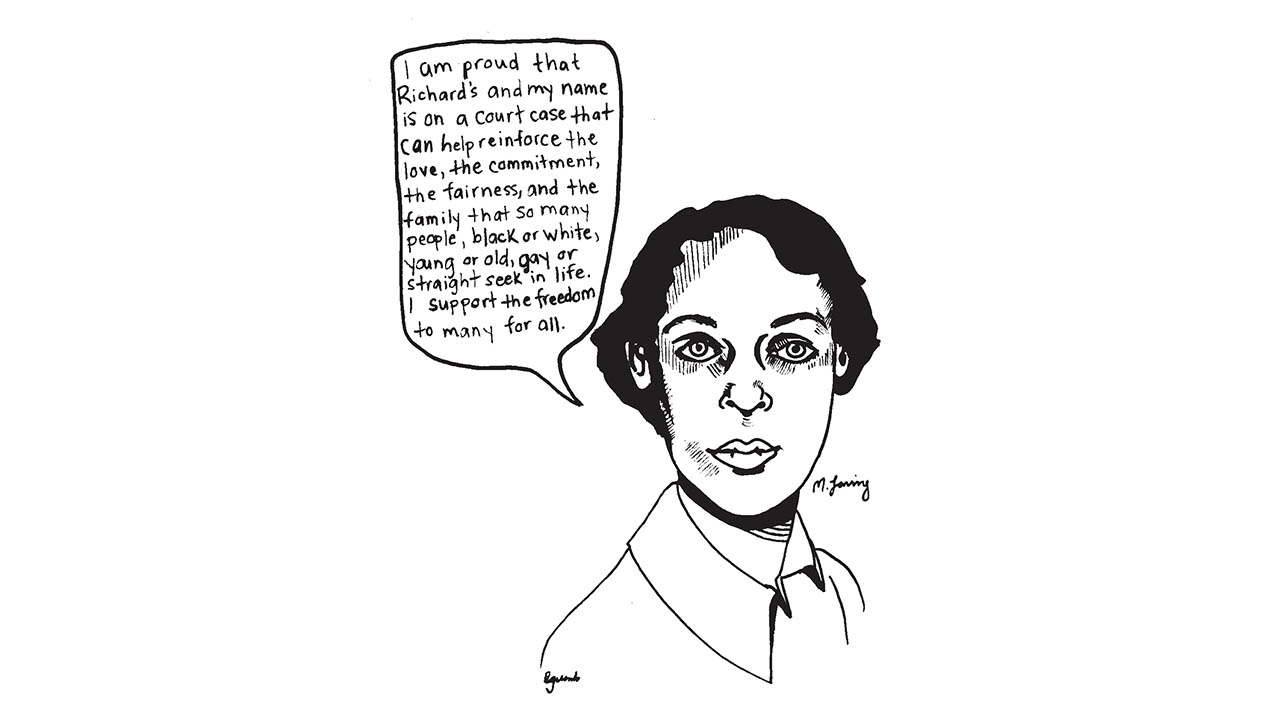 Challenges, bigotry and isolation are all factors that people in interracial relationships have to endure. The hurdles of the past have nearly all been overcome, however, the path to a more accepting atmosphere has been arduous.

From the onset of civilization there has been exposure to different cultures, peoples and beliefs. However, a long-standing misconception has been that of the segregation of ethnically different peoples. Many of these fears stemmed from religious beliefs that the natural categorization of people, by way of skin colour and aesthetic differences, was all the validation necessary to prove that the co-mingling of races was not intended.

With all the ignorance aside, people are attracted to whom they are attracted too. Despite the many laws that existed prohibiting these unions, people still found ways to be with one another. In the case of Richard and Mildred Loving, their fight and example is a big contributor to the growing acceptance of interracial relationships, at least in the eyes of the law.

Richard Loving, a Caucasian and Mildred Loving, an African-American, are credited with pioneering the acceptance of interracial unions within the United States on a legislative level. In 1967, the Lovings won a U.S. Supreme Court case against the Virginia state government that maintained a law banning the lawful marriage of mixed race couples.

But for every ‘success’ story, there are countless accounts of unsung heroes who endured the conflicts against their hearts without applause or laurels. Interracial relationships are not new engagements we just began experiencing in the past 50 years. There have been countless examples of ‘forbidden’ interracial unions throughout history such as Cleopatra and Mark Antony, Sir Seretse Karma and Ruth Williams, Pocahontas and John Rolfe and Lucille Ball and Desi Arnaz.

In the past, interracial unions were deemed unholy and unlawful. Anti-miscegenation laws, which prevented the sexual interactions and marriage between mixed races, existed all throughout the United States. Punishment was often exile, which in its time often translated to death and the enslavement of Caucasians who entered into interracial marriages, although this stipulation tended to be exclusively for women.

Once new laws were passed that allowed such unions to take place, the hypocritical legal system perpetuated the ignorance. Husbands and wives were not permitted to live together or have sex despite being married. In the African-American experience, the very real promise of violence and murder were consequences that needed to be considered if engaging in interracial relationships were to happen.

In 2009, Heather Catterton, a 17 year old Caucasian woman from South Carolina, was murdered by a man who did so to prevent her from sleeping with black men. In the early 1900’s, the children of a infamous mixed relation case, Gunjiro Aoki, a Japanese-American and Gladys Emery, a Caucasian, were tested by a Stanford psychology professor who was looking for evidence of intellectual deficiency. He was shocked when his scientific findings were contrary to his preconceived expectations.

Institutions would experiment and test children of mixed relationships, demeaning the experience of child raising, in an attempt to find evidence to support previous archaic sentiments. When findings proved contrary to expectations, many would be edited or destroyed altogether. These types of testing were relatively common practice throughout the globe. The embarrassment of not being able to cohabit with your spouse, promise of violence and death, and the abject threat of experimenting on innocent children, were all consequences of following one’s heart down an unpopular road.

The concept of segregation was engraved in all facets of society and despite countless efforts over the decades to amend certain laws and ways of thinking, interracial acceptance did not seem to be something that would ever occur. The problem with many of these laws was the ‘master mentality’ concept affixed to them. Implicitly these laws looked to control the “cravings” of women, and castrate the carnal desires of ethnic men.

Canada also played its part in these types of practices, specifically in reference to Native Canadians, and their allowances regarding interracial mixing. The Indian Act of 1876 clearly defined the criteria as well as the penalties which would be applied if interracial relations transpired. The act stated that only Native males could carry forward the Native status and that Native females, once they had married a non-Native man, would lose their Native status and inherit the status of their husband.

Subsequently, the children of the latter union would also have their Native status revoked. This convoluted law was a subvert way to thin the Native lineage as well as introduce forced assimilation in the hopes of improving fur trade relations. Whatever the motivation, the subtle and explicit undertones of the law forced Native Canadians to choose between a rock and a hard place.

Historical and societal challenges aside, the personal pitfalls that people engaged in interracial relationships have to face are those they’ve been ‘educated’ about. We have all been exposed to various stereotypes about all walks of life. Some of us are progressive and don’t allow the insensitivities of stereotypes to fully colour our impressions of people of other ethnicities.

But stereotyping works both ways. There is the effect on the one who learns of the stereotype and the effect upon the party for which the stereotype is about. Expectations can arise that either party is fearful they may not be able to live up to or fearful that unsavoury clichés can create a disconnection between parties. This can create friction or tension that could be circumnavigated with something as basic as a conversation.

1
How difference makes Canadians stronger
2
U Sports pushes for equity, diversity and inclusion in athletics
3
Post-secondary institutions embrace conversations of police reform
4
Relationships in the media we unknowingly romanticize
5
A note from Fanshawe College's anti-racism and inclusion specialist

Combating ableism in our school: what ableism is and being an ally