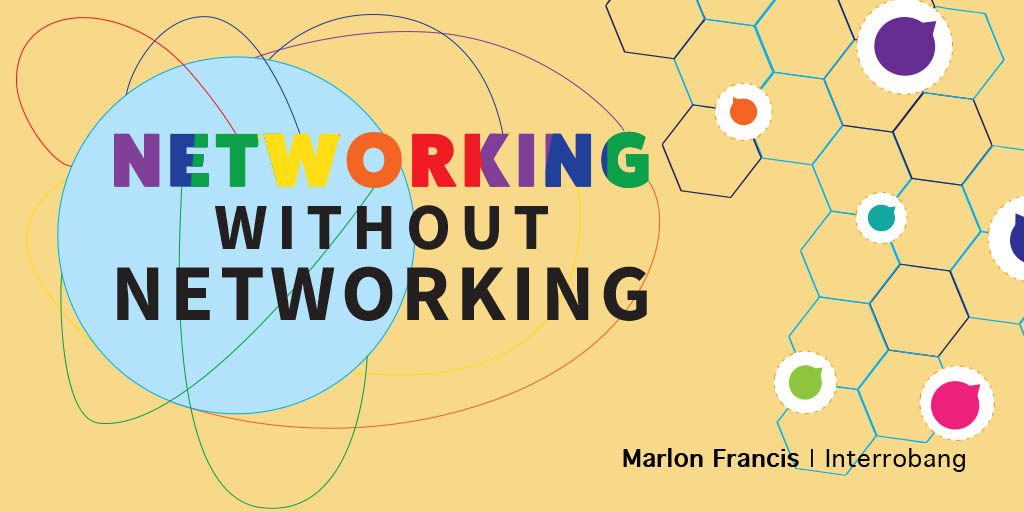 The Oxford Dictionary defines networking as “a group of people who exchange information and contacts for professional or social contacts.” What the dictionary doesn’t divulge is that this exchange of information and contacts isn’t something that necessarily happens upon first contact. Whether it be relationshipbuilding, or a tenet of something that you’ve said to a new friend or stranger, eventually these opportunities for exchange can arise.

For some, this revelation may ease some anxiety that can often be associated with the social pressures of networking. Networking can seem like a daunting task, especially for those who experience social anxieties in daily life. But I am here to let you know that all of the fear that we can generate in our minds about these things is without merit. You more than likely already network on a fairly regular basis; just about any conversation you engage in can turn out to be a networking opportunity.

Have you ever heard of the game ‘Seven Degrees of Kevin Bacon’? For those who haven’t, the idea here is that if you choose any actor, for instance, Justin Timberlake, you can directly link him to Kevin Bacon in some fashion within seven steps:

» Justin Timberlake was in the movie Trolls

» Which he starred in with Anna Kendrick

» Who co-starred in the movie Sleepers with Kevin Bacon

While I don’t encourage striking up a conversation for the sole purpose of getting something out of it, one should never avoid conversation under the guise that there is nothing for them to gain or learn. The truth is we don’t always know when inspiration will hit. We don’t always know how our interactions with others will positively or negatively effect our lives. So stay open, stay attentive, and who knows where an open door of communication will lead.

With this type of transparency, people have more control in regards to whom they approach and with greater chance of successful alignment. These accounts can help those with the social anxieties navigate around the awkwardness of the physical face to face and need for verbal self-promotion. Maybe a more passive approach is more your speed.

Another option to alleviate the stresses associated with networking would be to participate in things you like doing with no other motive than to enjoy yourself. If you’re a musician who loves to perform and when in the world of music you are at ease, then try to immerse yourself in environments that cater to that. Go to a music store (yes, some still exist), or a big recital at a concert hall you’re familiar with, or anything that has you in an advantageous position.

That comfort zone can be your crutch, supporting you around the awkwardness of pressure situation peer to peer interaction. Doing this also increases your chances of being around like-minded people, where opportunity may exist and present itself organically.

Making a genuine connection feels so much better than one that seems manufactured. And genuine connections do not feel like work, they feel as they are; natural. Sometimes approaching things without intention can lead to conclusions that are more gratifying than if we had a specific objective or agenda.

The key to these genuine connections is your ability to be present and participate in these interactions. It is still required of you to participate and share yourself as there is no way around that, but in your quest for like-minded individuals know that the best way to begin will always be with a simple “hello”.
Employment Job Search Networking Relationships

1
International job hunting: How to get a well-paying job as an international student
2
How to write a great cover letter
3
Why is virtual networking more important than ever?
4
Handling stress and finances in a relationship
5
Coping with mental health on the job hunt