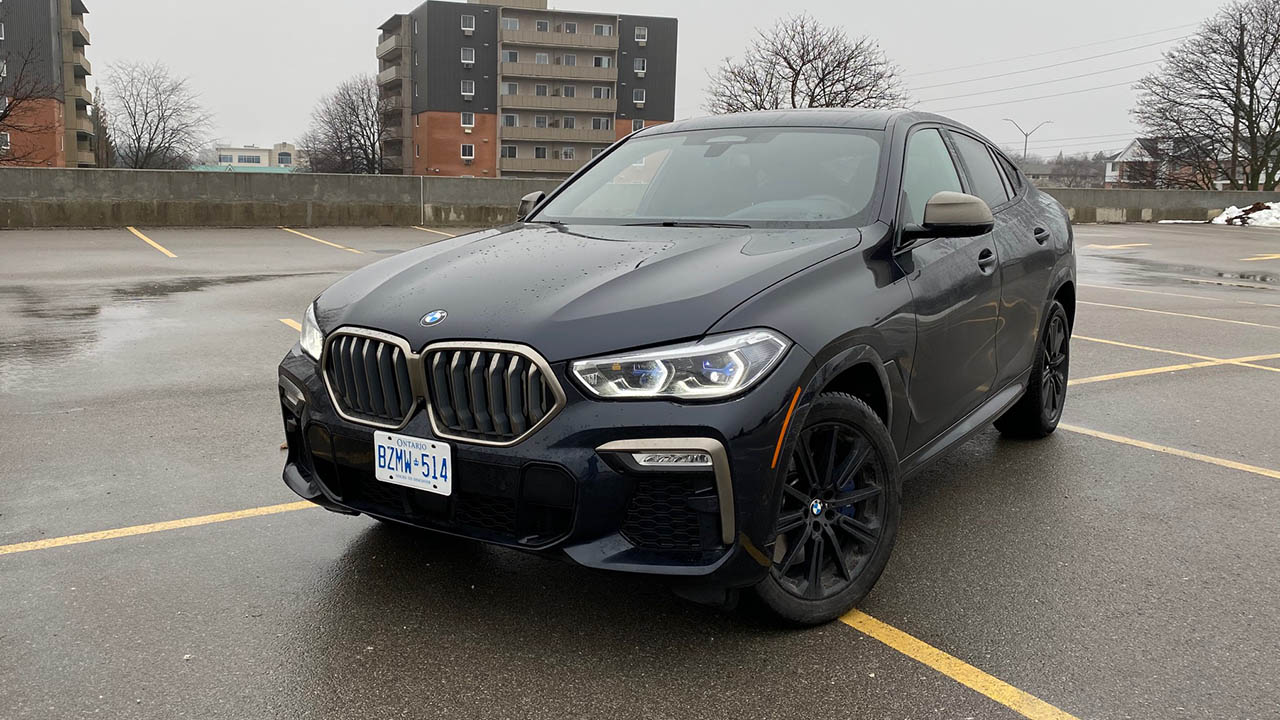 CREDIT: NAUMAN FAROOQ
It's a shame that the X6 leans more towards style than substance.

The year was 2008, and BMW had sprung a new type of vehicle onto the world. It was the size and weight of an SUV, but its body was a fair bit different from the two-box design most people associate with that of an SUV.

Just as the world was coming to grips with the idea of a four-door coupe (Mercedes-Benz were first to offer one of those, in the shape of the CLS), BMW decided that what the world really needed was a fourdoor SUV coupe. Many auto critics hated the idea, and predicted this genre will die before it even properly takes off.

They were wrong. Not only has BMW sold over 443,000 examples of the X6, they’ve also started offering smaller models based on this formula — i.e., the X4 and the X2. Furthermore, just about everyone has gotten in on the SUV coupe game, so BMW was on the right path.

For 2020, the third-generation model of the X6 has been introduced; but is it any good?

Time to find out.

Styling: If you’ve never liked the look of any previous X6 — or any other SUV coupe for that matter — than the 2020 X6 will do nothing to win you over.

It is still a massive vehicle (in fact, the 2020 model is a bit longer, a bit wider, but also a bit lower than the outgoing model) but thanks to that sloping roofline, it doesn’t have a lot of space — more of that later.

I was not a fan of the styling of the first-generation model of the X6, but quite liked the second-gen model. This third-gen model is fine, but personally, I prefer the look of the outgoing model.

I wish, that by this point, BMW had given the X6 an active rear spoiler, but all you get is a thin little piece of plastic — a vehicle of this price and prestige deserves better. What BMW does give you this time around is an (optional) illuminated front grille — some people find it cool, others think it’s cringeworthy; we’ll let you decide on that yourself.

Interior: Step inside (you still have to watch your head as you climb in) and you’ll surely be impressed by the new interior. Being a sister vehicle to the new BMW X5, the X6 benefits from the same technology plus fit and finish. So that means, the X6 has the same infotainment system, gesture control, ambient lighting, and even the (optional) crystal gear shifter as the X5.

Where they differ is in rear seat space, and cargo room. Thanks to its sloping rearwards roofline, there is not a lot of headroom for rear seat occupants, and luggage space (while better than in a conventional sedan) is not going to accommodate large items — so not the ideal vehicle to take to IKEA.

However, most buyers of the X6 don’t have large families to lug around, they are younger and more style conscious, and would not consider a conventional SUV.

Powertrain: Two engines are on offer with the 2020 X6 in Canada. The base motor is a turbocharged 3.0-litre inline six-cylinder unit. Called the xDrive40i, this model is good for 335 horsepower and 330 pound-feet of torque.

My tester was the beefier M50i model, which features a twin-turbocharged 4.4-litre V8, which is good for 523 horsepower and 553 poundfeet of torque.

Regardless of the X6 you choose, the only transmission on offer is an eight-speed automatic, which sends power to an intelligent all-wheel drive system.

The 2020 X6 M50i can sprint from 0 to 100 kilometres per hour in just 4.1 seconds, while top speed is electronically limited to 250 km/h. So, it sure is fast, but there is more to a vehicle than just numbers, and that’s where the X6 M50i could have been better.

First issue is the ride quality. The X6 is stiffer than the X5, and that means you’ll feel more of the road imperfections. Even in ‘Comfort’ mode it bounced and jiggled around much more than I was expecting. In short, this is an SUV that prefers carpet smooth roads, so not made for the rough stuff.

Then there is the steering, which is completely devoid of feel. The less knowledgeable drivers will think it is very smooth, but keen drivers will point out that the steering doesn’t really tell you what the front wheels are doing, which makes this large vehicle a bit tricky to place on the road.

Probably the worst bit is the throttle response. It is an electronic unit, rather than cable operated, and it not only lacks feel, but also sharpness. There seems to be a lag every time you command a quick response, and that’s a bit annoying.

Speaking of annoying, if you’re on the highway, and you decide to use its active cruise control — be sure to use it in the right setting. You see, it not only lets you use it in a normal way, keeping a distance between you and the car ahead, which is very useful in a traffic jam, but it also works in a semi autonomous capacity where it will keep you in your lane and try to protect you from a vehicle driving into the side of you. Good in theory, but this setting turned out to be more nerve wracking than to be of help, as on a few occasions it suddenly swerved the vehicle when it didn’t need to. I turned this setting off after a few minutes and never turned it on again.

Fuel Economy: In my fuel economy test (where I drive a vehicle 170 kilometres on the highway + 130 kilometres in the city) the 2020 BMW X6 M50i averaged 13.9-litres per 100 kilometres. So, it is on the thirsty side, and since it’ll only drink premium fuel, also rather expensive to run. But, that is to be expected from a performance tuned BMW V8 motor, and one should keep this in mind when making a purchasing decision on a vehicle like this.

Verdict: BMW has long stood by their mantra, that they build the “Ultimate Driving Machines.” The X6 seems to lean more towards style than driving excellence, and that’s a shame.

What’s even more surprising is how different the X6 is from the X5. The slightly cheaper, more conventional looking SUV from BMW (which I tested last year in the xDrive40i trim) is not only better than the X6 in many areas, but the X5 is the best luxury SUV you can buy at the moment.

I’m struggling to come up with a single redeeming feature for the X6, something that makes it better than the X5, but I can’t.

So, take my advice, if you want a luxury SUV, buy a proper SUV like the X5. If you want a coupe, then buy a proper coupe, like a BMW M4. Fusion food can often have wonderful results, but it’s best to avoid fusion cars.

PHOTOS BELOW ARE COURTESY OF NAUMAN FAROOQ Click on the thumbnails below to view a larger version of each image. 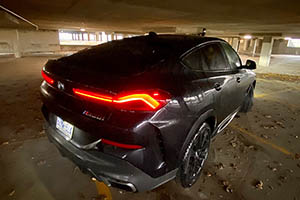 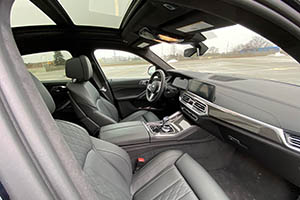 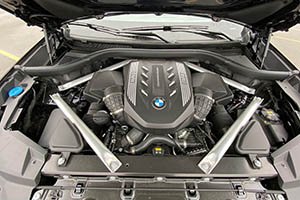 Letter to the Editor: Age-restriction needed on marketing of e-cigarettes