The Marshes: A sinking failure 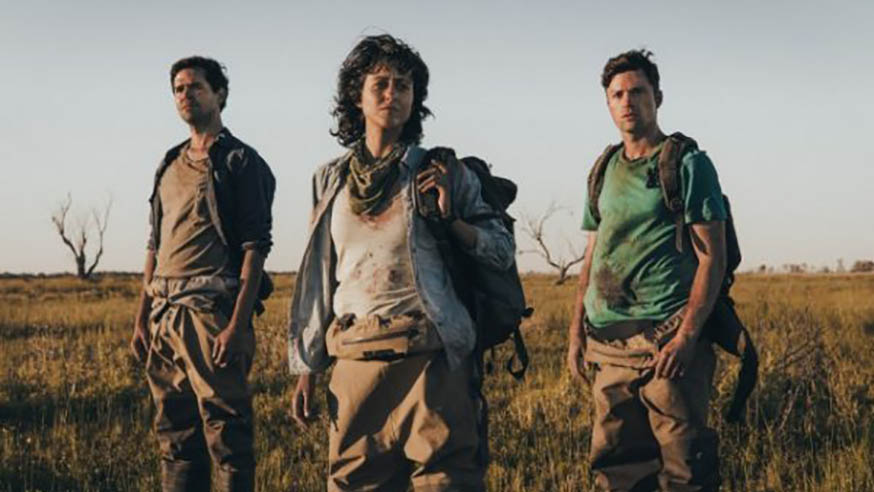 CREDIT: SHUDDER
The Marshes: is one big squelchy mess.

The first Shudder original of 2020 has finally been released, and is an Australian horror titled The Marshes.

Promising a supernatural terror in the midst of nature, The Marshes unfortunately only provides one of the two. With some stunning shots and cinematography based around marsh life forms, the film overall was lacking in the terror department.

The Marshes features three biologists who are conducting research in a marsh in order to collect more data and save its existence. One night around the campfire, one of the biologists reveal a dark and sinister lore that revolves around the very marsh they are currently in. Believing it is just a fairy tale, the biologists are rudely awakened once they start to hear the song from the evil presence who lurks in the marsh. The three must put science aside in order to survive and escape the labyrinth.

The first and major pitfall of this film was that the storyline wasn’t setup in an effective way so it was really hard to understand what the movie was even about. The campfire story of the evil lore was very short and lacking detail and emotion. If things were explained a bit better, the movie may have been a bit creepier.

The Marshes also waited far too long to introduce any real suspense which made the movie feel like it was being dragged out so it could fill the hour and a half mark. It wasn’t until about the 45-minute mark when something exciting happens, but by then its too late and you don’t even really care (if you can even make it to that point in the film).

When the “suspenseful” scenes happen, they were poorly filmed which really took away from the intensity. The shots were too dark, too blurry and had far too much movement to even understand what was happening. You were just left with some bloody bodies without any real idea what happened to them.

With any movie like The Marshes (slow and drawn out), I always expect the ending to have some sort of final twist that will make everything worth it. Unfortunately, I was left disappointed because it was nothing more than a horror cliché. Nothing twisted, nothing shocking, just a lame end.

I always try to find good in movies but the only two positives from The Marshes were the acting, and some of the nature shots. However, this isn’t enough to create an effective horror movie.

If you are looking to start the New Year off right with a great horror flick, The Marshes is definitely not the one. I would recommend skipping out on this one and maybe checking out Through the Tall Grass instead, because that at least was incredibly strange.
Horror Movie reviews Movies Shudder