Netflix Fix of the Week: You, season two 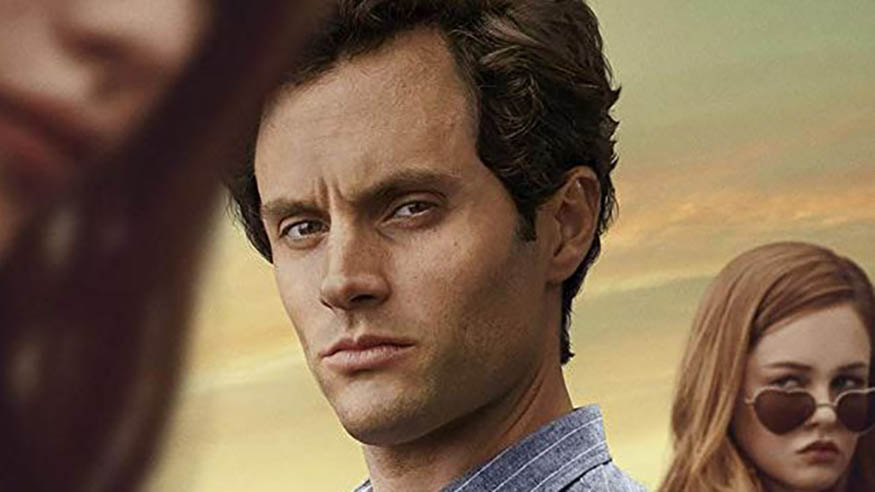 CREDIT: NETFLIX
If you enjoyed season one of You, you’re going to love season two.

Let me just begin by saying that I hope this twisted, messy, absolutely creepy show has been signed for at least five more seasons. Now that that’s out of the way let’s go on to reviewing it.

If you’re completely new to the show, it’s worth it to binge season one for Shay Mitchell’s character called Peach Salinger alone. You have got to love her. If you insist on depriving yourself of that joy, there’s enough background info in the flashbacks and “previously on” to give you an idea, but again: you’re robbing yourself by missing out.

Released just before the end of 2019, Netflix’s You is it the perfect violent, depressing antidote to all that holiday cheer. Sounds grim? Oh boy, just you wait. You retains its thrills, chills and thoughtful questions about masculinity, abusers and modern relationships in season two, a 10-episode series.

Season two begins with the protagonist Joe Goldberg, played by Penn Badgley (a.k.a Dan from Gossip Girl) starting out fresh in L.A. after murdering his last love Beck (Elizabeth Lail), and having got away with it only to come face to face with Candace, another ex-lover and someone he thought he left for dead but is back to get her revenge. He moves to L.A. because he hates it there, and he doesn’t think Candace will ever look for him among the palm trees, vegan and organic fanatics, Instagram influencers and celebrities.

Adopting the pseudonym Will, he sees Love, with whom he becomes instantly obsessed, and he manipulates his way into her life and heart even faster than he did with Beck. But this time around, he’s turned over a new leaf or is at least trying to. However, it isn’t long before Joe begins committing his litany of crimes of stalking and slashing, creeping and kidnapping, while the new woman unfortunate enough to have caught his eye falls for his oh-so-pretentious act of authenticity. And yes, the damning Plexiglas book cage returns.

There are more similarities between season one and two beyond our protagonist’s outlook though. Where in season one, he befriended his young neighbour Paco and acted as a sort of surrogate big brother to him, here he makes friends with 15-year-old neighbour Ellie (Jenna Ortega), who he also feels the need to protect and goes to extreme lengths to do so. Joe’s romance with Love is also met with obstacles in the form of the people closest to her, just as with Beck.

As he explains in his monologues throughout the series, he’s trying to learn lessons from how his last relationship played out and trying to stop himself from making the same mistakes twice.

Once you get into the depths of season two, you’ll realize it’s just as gripping as its predecessor, maneuvering through a torrent of twists that keep you on your toes and, by the end, will leave you completely shocked. We’re not going to say any more details because we’d hate to ruin it for you.

Netflix was always the proper place for You, which is best viewed in one or two sittings with snacks and a drink to spit out whenever Joe does something horrifying. And you bet he does. It’s safe to say that you won’t be able to look at Dan from Gossip Girl in the same loving way you did.
Netflix TV Series

1
2021 Emmy nominations: A first time for everything
2
Pandemic leisure: How students are filling their free time now vs. two years ago
3
Reality TV bites, but it feels so good
4
Queer screen countdown
5
Does anyone remember The Mighty Ducks?

Mind over matter: Alternatives to assist you in quitting smoking

Is the keto diet as great as it seems?