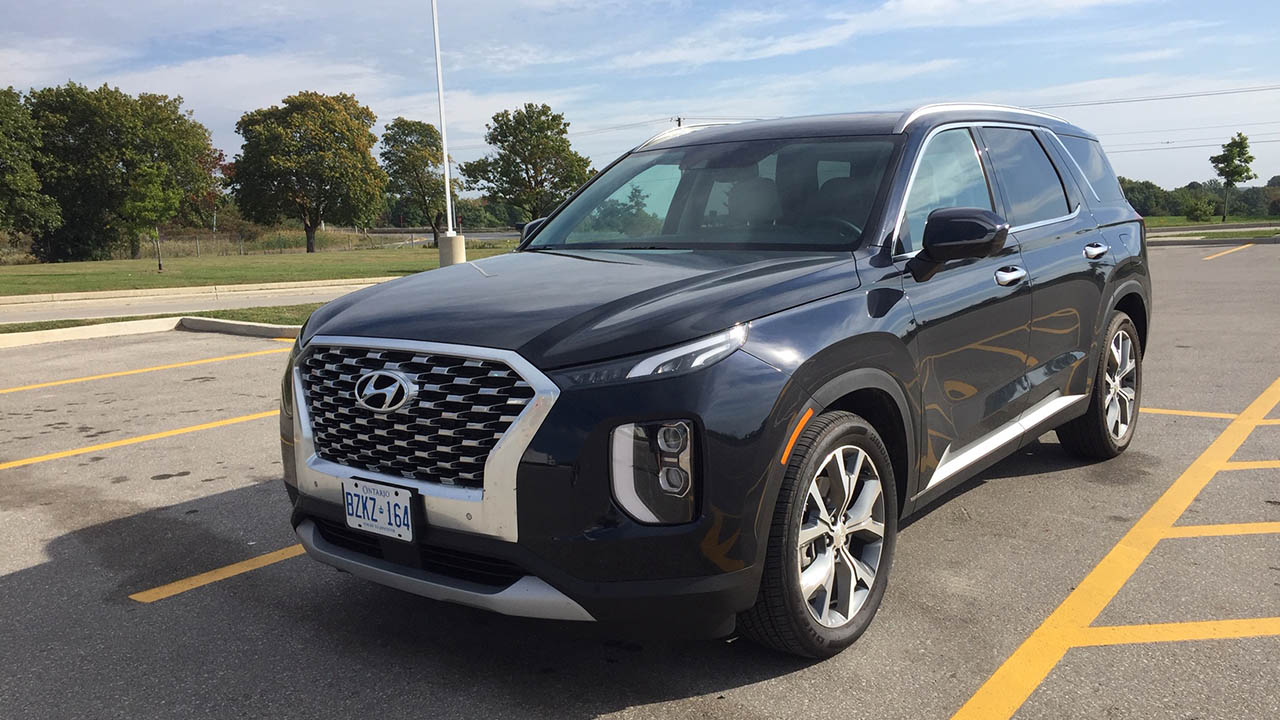 The Palisade isn't perfect, but it does have some practical benefits.


Remember the Hyundai Veracruz? Of course not, it wasn’t very good and hardly anybody bought one.

It was followed by the Hyundai Santa Fe XL, which was quite good and sold in fairly decent numbers. But when time came to replace it, Hyundai decided to go further upmarket, and introduce a name the public had not heard before.

I’m talking here about the first-ever Hyundai Palisade — the most premium luxury SUV ever offered by the South Koreans.

Styling: From an aesthetic point of view I wouldn’t call it pretty, but it sure commands attention wherever it goes. Whereas previous Hyundai SUVs had sleek styling, the Palisade is upright and butch, and partly thanks to its LED lights it looks like something that competes with the likes of the Lincoln Navigator or the Cadillac Escalade, rather than the Mazda CX-9 or the Honda Pilot — which are its competition based on price.

So, good job Hyundai design team. The Palisade manages to stand out in its price segment, and looks far more expensive than it actually is.

Interior: If the exterior impressed some of you, the interior will impress all of you!

The Palisade has one of the nicest interiors I have come across in a long time. Open the door and you’ll see luxury touches everywhere — this is very much a premium environment. It almost feels like this vehicle was being developed for the Genesis brand, but near completion it was re-branded for Hyundai and Kia (yes, the Telluride is a sister vehicle to the Palisade); it really is that good.

All the buttons, knobs and general touch areas have a premium look and feel, plus the seats are fantastic, and so is the stereo and infotainment system — this is very much a complete package.

Those seats I mentioned have full power adjustment, plus are heated and cooled (on the Luxury and Ultimate trim, the base Essential and Preferred trim just gets heated seats) and are very comfortable. I spent a long day in the Palisade, where I covered a lot of distance, and from a comfort point of view it was simply fantastic. The only thing I can think of to make the Palisade even more comfortable would be to add a massaging function to the front seats.

Other than that, the Palisade excels in pretty much every area. For instance, if you’re looking for space, it has plenty — the Palisade can be optioned as either a seven-passenger or an eight-passenger vehicle. The infotainment system offers a large screen (10.25 inches in the Luxury and Ultimate trim) which is fairly easy to use — although I wish it wasn’t a touchscreen system.

No complaints about its harman/ kardon sound system (Luxury and Ultimate trim); this 630-watt stereo has the ability to turn this vehicle into a concert hall — very well done.

So, if you’re looking for a SUV that ticks all the luxury boxes, the Palisade is among the best in the business.

Powertrain: The powertrain is where Hyundai seems to have dropped the ball. Not that it’s bad, just that it hasn’t improved much at all compared to its predecessor — in fact, it might just be a step in the wrong direction.

That’s not what you call progress, and if you look at the horsepower/ displacement figure, it is actually a step backwards for the Palisade.

Given that this 3.8-litre V6 can be found in other Hyundai/Kia/Genesis products, we know it is capable of more power, so why was the Palisade handicapped in this area? I have no idea.

The transmission is a step in the right direction; the Santa Fe XL used a six-speed automatic, whereas the Palisade gets a new eightspeed automatic. The extra gearing does help in fuel consumption — more on that later.

Performance & Driving Dynamics: As you’d expect from something as large and heavy as the Palisade, it won’t be a dynamically engaging vehicle to drive, and it isn’t. This is not the sort of vehicle that’ll encourage you to take the longer or twistier route home.

However, it does cosset you on long drives. For instance, many vehicles nowadays have adaptive cruise control, and so does this, but in the Palisade, if you set the cruise control at the speed limit, it’ll then adjust the speed based on your route, so if the speed limit drops from 100 kilometres per hour to 80 km/h, the car will do it for you, so you’ll never have to worry about getting a speeding ticket. It also has lane keep assist, and does a very good job of keeping you in your lane — better than most such systems.

So, if you’re looking for a stressfree commute, especially when going out of town, the Palisade is about as good as vehicles get.

Fuel Economy: I didn’t get to conduct my usual fuel economy test, as I did more highway driving than city driving during my test week, but I did notice that on the highway, it averaged about 9.0L/100 kilometres. According to Hyundai, the Palisade will average out at 10.5-litres per 100 kilometres on a city and highway test. While in the real world, the numbers might be slightly higher, I think it’ll be fairly close.

Compared to its predecessor, the Palisade is more efficient — and that’s especially impressive given its girth.

Pricing: The Palisade range starts from $38,499 — but that just gives you a front wheel drive model called “Essential”. If you want all the bells and whistles, then you’d be interested in the “Ultimate” model which starts from $53,999. Compared to its competition, the Palisade is priced really well.

Verdict: The Palisade isn’t perfect. It could have benefitted from a more powerful motor, and it surely isn’t exciting to drive. However, if you’re looking for a large SUV for the family, and value comfort and tech over driving dynamics, than the Palisade will serve you very well indeed.

PHOTOS BELOW ARE COURTESY OF NAUMAN FAROOQ
Click on the thumbnails below to view a larger version of each image. 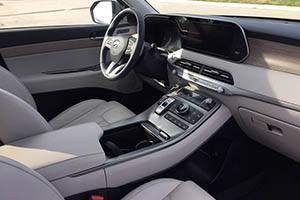 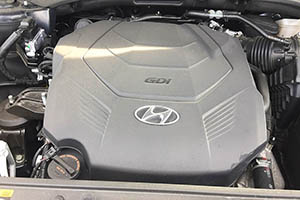