Netflix Fix of the Week: Let It Snow 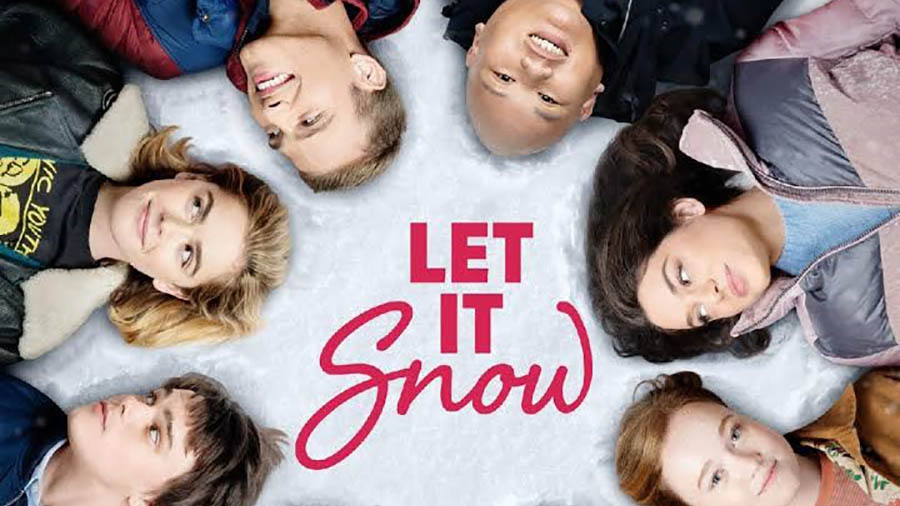 CREDIT: NETFLIX
Kick off the holiday season with the latest rom-com Christmas movie Netflix has to offer.

Is it too early to start obsessing over Christmas? It’s NEVER too early. Netflix has perfectly timed the release of this special just as everybody begins to get in to the holiday mood. Let It Snow, a new rom-com that’s serving major Love Actually vibes, is basically a teen version of the beloved 2003 movie. Starring Kiernan Shipka, Joan Cusack, Isabela Merced, and Shameik Moore and others, Let It Snow follows several intertwined stories, all of which take place on a snowy Christmas Eve in Laurel, Illinois. The frigid, unexpected weather has everyone in town out of sorts, leading to some very interesting events.

In one story, Tobin (Mitchell Hope) pines after his longtime best friend, Angie (Shipka), who doesn’t seem to return his romantic affections. In another, Dorrie (Liv Hewson) struggles to balance her crush on cheerleader Tegan (Anna Akana) with her concerns for her best friend Addie (Odeya Rush), who obsessively worries that her boyfriend might be cheating on her. In the last, Julie (Merced) has a chance encounter with billboard- level famous pop star Stuart (Moore), whose life seems charmed in comparison to hers; she’s been accepted into Columbia University, but can’t imagine leaving her ailing mother behind even though she hates the town she lives in.

And in the thread that ties them all together, Keon (Jacob Batalon) prepares to go to any lengths necessary to throw the best Christmas party of all time. However, there are a few speed bumps that come in the way of him and his epic party but eventually, he does have one — and that’s where all the aforementioned characters end up by the movie’s end. Make sense?

Recent years have seen a major revival in the romantic comedy film genre, with more and more being released in theaters, but there’s also been an increase in streaming services offering fans new rom-coms, particularly Netflix. Some of the recent releases include The Kissing Booth, Sierra Burgess is a Loser, The Perfect Date, and lots more. Romantic high school comedies have their own way of connecting with a wide range of audiences, including children and adults, maybe because everyone has their own version of a high school love story.

Let It Snow is yet another addition to Netflix’s successful collection of teen-oriented romantic comedies. There’s nothing ground breaking or any unbelievable moments in the movie but it’s comforting and charming in its own way and is definitely going to get you in the holiday mood.
Movie reviews Movies Netflix Rom-coms Romance