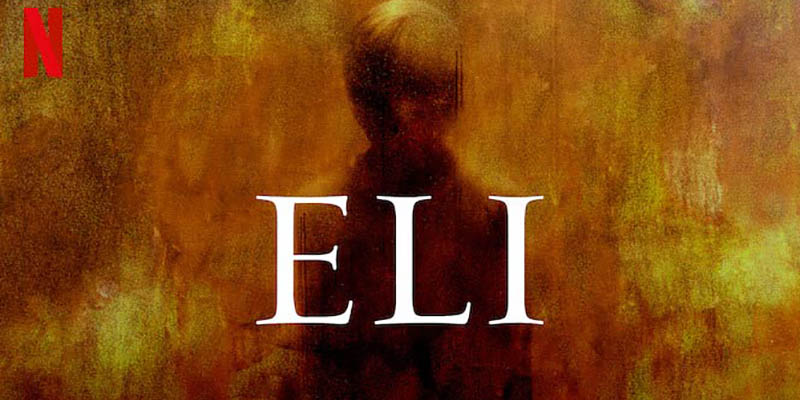 CREDIT: NETFLIX
Eli is one of the better Netflix Originals to come out this year.

As the Halloween season is still very alive, tons of new horror movies are popping up all over, including a Netflix Original, Eli.

While Netflix Originals have been hit or miss, especially with the horror genre, I was pleasantly surprised at how well-done Eli was. It was disturbing, emotional and pretty unpredictable (particularly with the ending) with a few major twists.

Eli is a young boy who faces a rare and devastating autoimmune disease. While his parents have tried everything to find a cure, they are left with one final option, to visit Dr. Horn who supposedly performs miracles in an old mansion. As the treatments progress, Eli starts to see things and experiences strange encounters which is when he realizes things are not as they seem to be.

The standout for this entire movie was Charlie Shotwell’s performance as Eli. From his portrayal of strength and courage to his allergic reactions and painful screams, Shotwell was able to effectively portray a ton of emotions on screen. Any horror movie that is able to make you feel empathy for the protagonist is a good horror movie in my books.

Alongside an effective protagonist, the film also did a great job at creating a unique family dynamic. The chemistry between the parents and Eli was really authentic which brought a lot of emotion into the film.

Secondly, the film was fairly disturbing. The scenes where Eli breaks out into a reaction and his entire skin starts to burn are very traumatizing and is a visual that is hard to get out of your head. The effects were completely seamless and as mentioned before, Shotwell’s acting just made it all the more intense.

The other thing that Eli does a great job at doing is keeping you guessing as to what kind of horror movie you are actually watching. It’s clear that things are not what they seem, but the movie will have you guessing throughout. At times it feels like it could be supernatural, but then others make it feel like a mad scientist or cult-type film.

As the movie progresses, you finally hit a wall and the plot takes a very harsh turn. Some viewers may love the twist, others may find it disconnected. Either way, the ending is something that is completely unexpected and makes you rethink everything you just watched.

If you are looking for a good, twisted horror movie that will keep you on your toes, Eli is definitely worth the watch. From the disturbing visuals, incredible acting and insanely twisted plot line, Eli ranks as one of the better Netflix Originals.
Horror Movie reviews Netflix Thriller

1
Mental illness at the Cecil Hotel: How Netflix unravels the mystery of Elisa Lam
2
Summer Watchlist: John Wick
3
Summer Watchlist: Teenage Mutant Ninja Turtles (1990)
4
How Superstore is my favourite modern "office" show
5
Serial killers and entertainment: One in the same?

Seven ways to take charge of your finances