Waste not want not: a guide to where garbage goes 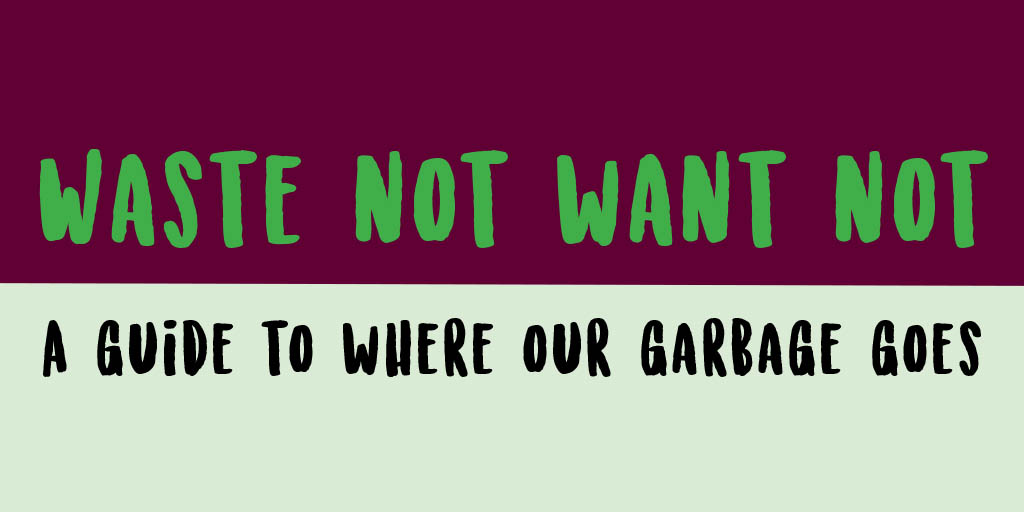 Some of the largest producers of waste in the world stem from developed countries, like Canada, who have access to vast deposits of natural resources like uranium, oil and timber. It has also been found that some smaller nations and islands also generate a large amount of waste as a direct result of tourism and poor infrastructure in relation to waste disposal. The question is though, where does our waste go?

The traditional way of disposing waste is by way of landfill. These sites are basically giant holes that are lined with a protective liner to separate waste from contaminating the ground, filled with waste and then buried under dirt, rock and debris. The waste is then compacted, thus increasing the capacity to dump more without fear of running out of space too quickly. The waste is sorted, burying only organic material at these landfills, and then non-organic material is either recycled or exported out of the country to firms in developing nations that take containers of unsorted material and sort them.

Our waste is categorized into several categories like organic, nuclear and e-waste to name a few.

Organic waste is that which will degrade over time, and is relatively harmless to people and the environment, if handled correctly. Other categories of waste require responsible planning, and cannot be disposed of at landfills.

Nuclear waste is managed in specialized facilities, decommissioned uranium mines, and onsite storage facilities of manufacturers of nuclear waste. While these centres exist, they are only short-term solutions. Efforts to tackle the long-term challenges are still being addressed, with talks of potentially burying our nuclear waste in the ground, in impact-resilient containers. It is proposed that these underground sites would run 650 metres below sea level under three layers of sedimentary rock.

India has taken on some of Canada’s plastic recycling waste, while China imports the most e-waste on the planet. The problems stemming from e-waste are the methods being issued to dispose of useless tech. Electronics are stripped down for useable parts and resources like mercury and gold, and then a low-level burning technique is employed to dispose of remaining fragments. The fumes and toxins released from these methods can contaminate our atmosphere and have the potential to affect individuals with the misfortune of being in proximity of the process.

Canada’s contribution to the solution

While among the leaders of waste production, Canada has also taken many steps towards the prevention and control of waste going into our future. Zero Waste Canada, an affiliate of Zero Waste International Alliance, is a company whose focus is on the elimination of waste on the front end of production by redesigning the way we manufacture products. It works towards the elimination of landfills and incineration as proponents of waste disposal and replacing them with a super recycling concept that reuses nearly 90 per cent of discarded products. This process is meant to emulate the way resources are reused in nature.

An e-waste strategy that the country has adopted is called the Extended Producer Responsibility (EPR), an initiative that makes businesses responsible for the entire lifespan of their products for pre-production to waste elimination. The idea here is that with this added responsibility, companies will work to find ways to lower their waste production costs through innovative designs and techniques that should inevitably lower the volume of e-waste produced. Programs exist that reuse federal surplus computer equipment by donating them to schools rather than contribute to the e-waste problem. So despite the country’s heavy contribution to the world’s waste problem, Canada also ranks among the top countries in regards to involvement and action towards correcting the issue.

Here is a snapshot of the world’s growing waste problem, and insight into why this issue needs to be addressed yesterday:

By the mid ’80s humanity began to demand of the planet more than it could replenish in a year. By 2007 humans were using 30 per cent more of its natural resources than the planet can effectively regenerate, putting us in what has been called Global Overshoot.

Estimates have been made that by 2050, if we stay on the same trajectory we’ve been on, that what we demand from the earth would require a second earth from whence to help with the supply. To add a sense of confusion to the whole concept of overshoot, China, the country with the largest population, is currently living beneath the one earth supply chain. Last year’s Earth Overshoot Day was August 18.

However, if all 7.7 billion people on the planet lived the way that Canadians do, the new Global Overshoot day would be March 18, and would require 4.7 earths to supply the demand we need. On the other hand, if the world’s population lived the way that the citizens of China reportedly do, our Earth Overshoot Day would be June 14 and would require fewer earths than if living like Canadians.
Environment Garbage Waste Diversion

1
What is Fanshawe doing to reduce the use of single-use plastics?
2
Beyond fast fashion: Fanshawe's push for sustainable clothing

A guide to resuable water bottles