Why is Greta Thunberg terrifying to old men? 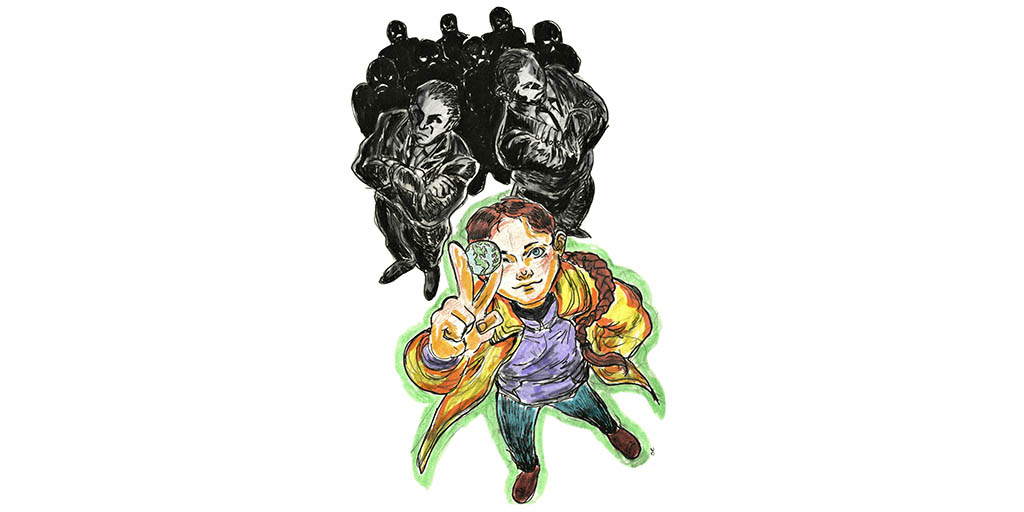 The media covered every moment of the young activist’s visit to the Americas. Everything from her 15-day carbon-neutral journey across the Atlantic to her emotional speech at the 2019 UN Climate Action Summit was heavily scrutinized. This exposure reopened the conversation around climate change in North America, leading to global climate strikes and important discussions of necessary changes in policy. Unfortunately, it also exposed Thunberg to the brutality of rightwing American pundits.

Fox News’ Michael Knowles called Thunberg “a mentally ill Swedish child who is being exploited by her parents and by the international left”. The ever-angry Piers Morgan said her passionate UN speech was “a little too melodramatic”. One Breitbart writer tweeted, “I can’t tell if Greta needs a spanking or a psychological intervention”.

Maxime Bernier, one of Canada’s own prime ministerial candidates, also suggested Thunberg was simply a pawn for the climate change movement, calling attention to her being autistic and “mentally unstable”.

The problem with the criticism that Thunberg often receives from men is that it rarely questions her science or policy suggestions, but rather her age, mental state, femininity and emotions.

Perhaps the most troubling commentary I have seen on this issue came from right-wing podcaster Justin Murphy who tweeted, “not even being provocative but if you think Greta Thunberg has the maturity to guide global policy-making then you cannot object to Jeffrey Epstein paying 16-year-olds for sex”. The suggestion being of course that if Thunberg is old enough to speak on major political issues, then she is old enough to...exploit sexually?

This backlash opens an important debate about how women, particularly young women, are targeted when they attempt to join important conversations. Instead of discussing the policies that women may bring to the table, rightwing media goes for the low-hanging fruit: women’s mental health, emotional delivery, age and credibility.

Thunberg may be especially threatening to older, wealthier men because her approach doesn’t call for the standard neoliberal solutions to global warming like buying reusable straws and going vegan. Instead, Thunberg is calling for the complete dismantling of the corporate paradigm, wherein we as a culture value profits over environmental protection. In her now famous UN speech, Thunberg said, “we are in the beginning of a mass extinction, and all you can talk about is money and fairy tales of eternal economic growth”.

She’s not wrong. All too soon, the science shows that the imagined economy will be the least of our worries as a human race. And the men who benefit from these economies are the most afraid to admit that.

Ironically, the men who discredit Thunberg’s activism by referring to her as a “just a child” are the same ones who take to spewing hatred at her as though they believe her actions hold real staying power. So, the question I must posit is this: is Greta so young and hysterical that her activism is meaningless? Or, is she articulate and threatening enough to cause an emotional response from the powerful men she seeks to disrupt?
Editorial opinions or comments expressed in this online edition of Interrobang newspaper reflect the views of the writer and are not those of the Interrobang or the Fanshawe Student Union. The Interrobang is published weekly by the Fanshawe Student Union at 1001 Fanshawe College Blvd., P.O. Box 7005, London, Ontario, N5Y 5R6 and distributed through the Fanshawe College community. Letters to the editor are welcome. All letters are subject to editing and should be emailed. All letters must be accompanied by contact information. Letters can also be submitted online by clicking here.
Activism Climate Action Greta Thunberg

1
The Time is Now: Governments must build climate resilient communities

Turnip the beet for VegFest London

Sustainable fashion, but at what cost?