In the Tall Grass: An exhausting maze 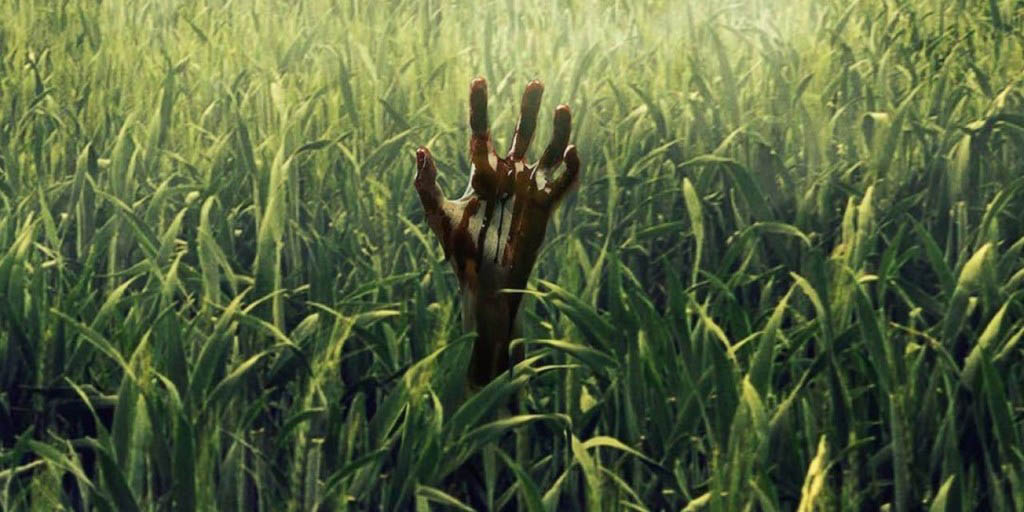 CREDIT: NETFLIX
In the Tall Grass might be a bit more complex than it needs to be.

Netflix’s latest horror movie release, In the Tall Grass, is one of the latest film adaptations of a Stephen King book (of the same title). While Stephen King film adaptations are usually pretty well done, there have been a few flops in the past; In the Tall Grass falls somewhere in the middle. While it is as twisted as one would suspect, it is an incredibly complex maze that eventually just becomes exhausting.

In the Tall Grass starts off with a brother and sister who hear a young boy screaming for help from a field of tall grass. Once they enter to try and help him, they soon realize that there may not be a way out. Something evil lurks within the labyrinth of tall grass that is determined to keep anyone from escaping.

While the plot line seems quite interesting and fairly straight forward, In the Tall Grass is anything but. It is a highly complex storyline with multiple timelines that crisscross in every way possible. Even after watching the entire thing, it is extremely difficult to comprehend what actually happened in the movie.

For those who love a ‘trippy’ psychological thriller, this may be the perfect movie for you. As each scene progresses, the movie becomes even more confusing. As soon as you think you are starting to figure it out, the tall grass changes course and you are back to square one. For those who prefer a good old-fashioned horror, this is not the movie for you. However, there were some pretty neat and gruesome effects that were laced throughout the film.

A saving grace for this film was the acting, because there is nothing worse than a confusing plot with terrible acting. Each character was casted perfectly and were all extremely believable. From the young boy to the psycho villain (played by Patrick Wilson), they portrayed the feelings of fear, confusion and panic beautifully.

What In the Tall Grass also did very well was captivate the audience (at least it did for me). No matter how twisted the movie got, I still wanted to keep watching it to see if I could end up figuring it out. The pacing is what really helped this. For an almost two-hour long film, the momentum never faltered or slowed down.

However, what I was really looking forward to was a huge climactic ending that would shed some light on the rest of the film. Unfortunately, this was not the case. The ending was incredibly dull and did not help explain what you just watched at all.

Overall, In the Tall Grass was an interesting film with some pretty graphic scenes that are not for the faint of heart. However, it is incredibly confusing and no matter how closely you pay attention, it is almost impossible to decipher what the true meaning and point of the film is. That being said, if you are looking for a film that will mess with your mind, In the Tall Grass will definitely do the trick.
Horror Movie reviews Movies Netflix Stephen King

Netflix Fix of the Week: Explained

The season of winter, an amazing time indeed