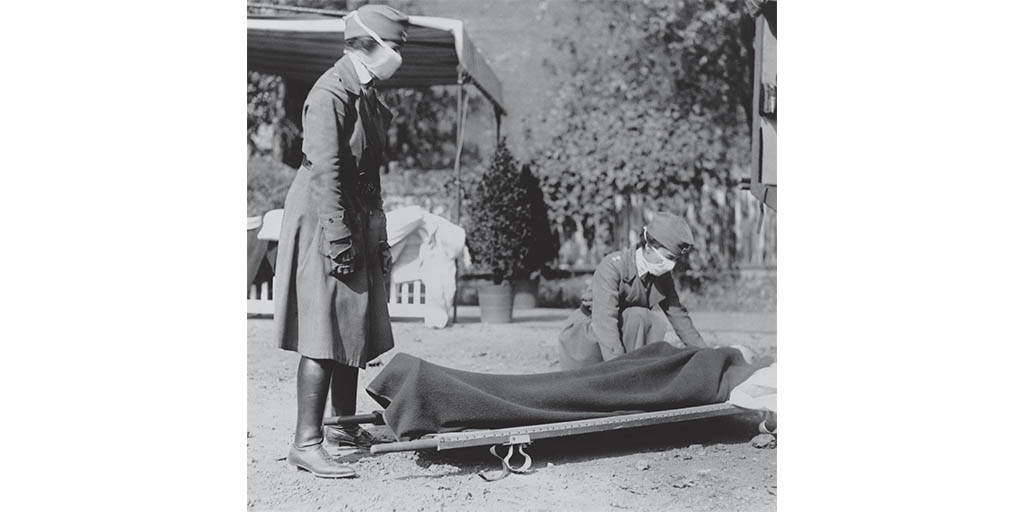 CREDIT: FANSHAWE PIONEER VILLAGE
Fanshawe Pioneer Village hopes that Danger from the Dead will be their scariest event yet.

Visitors will be led around Fanshawe Pioneer Village after dark by a “ghost guide” and have the opportunity to watch the various scenes of the performance. All of the locations which scenes are performed are inside, ensuring that the event can run rain or shine.

Fanshawe Pioneer Village is an outdoor museum telling the story of rural communities in the former townships of Westminster, London, North Dorchester, Delaware, West Nissouri and Lobo in Middlesex County from 1820 to 1920. The replica village also portrays the founding and development of the City of London up to 1840.

This year, the Halloween Haunt centres around the Spanish Flu pandemic of the early 19th century, which affected 500 million people around the world.

Alison Deplonty, the public programming coordinator at Fanshawe Pioneer Village, says that while in the past they have focused many of their Halloween events on historical events or classic Halloween stories, this year’s content is not historical, but instead has fictional elements to ensure fear amongst visitors.

“The idea we branched off of was the Spanish Flu, the major influenza outbreak, and how it was affected the community, but then we have taken it in a little bit of a different direction to fit with Halloween sensibilities,” said Deplonty.

In past years, Fanshawe Pioneer Village has run Halloween-themed events, such as haunted hay rides, but Deplonty claims that this will be their spookiest Halloween event yet.

“This year we are trying to make the Halloween show a little bit scarier,” said Deplonty. “Based on our feedback from the last few years, guests have found it more unsettling than scary. We listened to the feedback and we are trying this year to make it scarier.”

The show is recommended for individuals 14+.

Typically a sold-out event, Deplonty recommends ordering tickets ahead of time, which can be done using Eventbrite. Larger groups who are interested in attending can contact Alison Deplonty at 519 457-1296 ext. 811.
Fanshawe Pioneer Village Halloween Halloween Haunt On Campus Events

Five employability skills you need to be successful