From India to Fanshawe: an alumnus tells his story 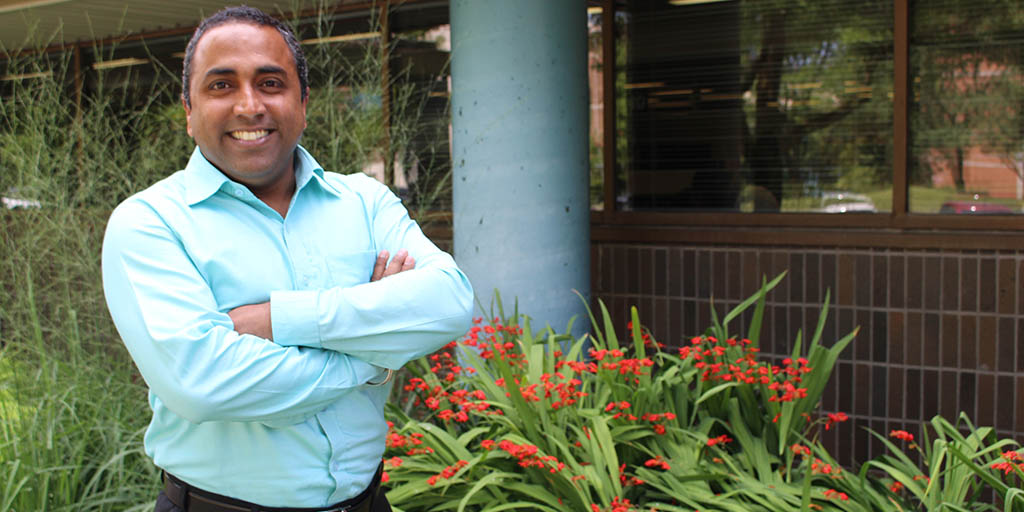 CREDIT: ANGELA MCINNES
Arjun Bhardwaj said he that when first arrived, he didn't expect to love Canada as much as he does now.

Meet the man Fanshawe’s own president refers to as “Mr. Fanshawe”.

Almost 15 years ago, Arjun Bhardwaj was awoken by his father from a summertime nap to learn that his dream of studying abroad was about to come true. Wendy Curtis, director of Fanshawe’s International Centre, had contacted the family earlier on to confirm all the details.

Soon after, Bhardwaj left his small northern Indian home of Chandigarh and set out for Canada. He was picked up by his parents’ friends from the Toronto Pearson International Airport, and brought to his temporary homestay in London, Ont.

The long journey to the other side of the world could never faze the intrepid Bhardwaj. The biggest challenge, he told Interrobang, was adjusting to the bland food of his new home.

“The food over here in Canada was terrible,” he said with a laugh, comparing his meals to the spicy pallet of flavours he had grown up with.

He quickly improved his own cooking skills to overcome the minor obstacle.

Bhardwaj studied in Fanshawe’s public relations and corporate communications program. At the time, he was only one of four international students to attend among a total class of 35. He said that the biggest cultural difference he noticed was how informally students addressed their professors, oftentimes by their first names. He soon got used to that as well, and took advantage of the opportunity to get to know the faculty.

Then came the snow.

“The first time I experienced snowfall, I still remember. It was the first snowfall and I was walking down the street, and I didn’t even realize what was happening, and how important it is,” Bhardwaj recalled.

Having never seen it before, he interpreted the chilly event as “white suspended particles in the air” that he had to dodge. It was only later that he understood he had experienced his first brush with winter.

Originally, Bhardwaj had no intention of remaining in Canada. But things turned out a bit differently than he expected.

“There was so much joy and happiness in this country that I received, that I decided to stay back,” Bhardwaj explained.

Following graduation, Bhardwaj worked part-time in Fanshawe’s alumni office before returning to classes for the concierge specialist program. He earned his permanent residency and landed a gig at the London Convention Centre (now known as the RBC Place London), working as a client services coordinator under CEO & general manager Lori Da Silva.

As much as he said he loved that job, he jumped when he had another chance to work at Fanshawe’s registrars and financial aid offices. He currently works full-time in admissions.

“I’ll be here for life,” Bhardwaj said. “I’m so comfortable over here.”

When asked if he had any advice for new incoming international students, Bhardwaj reflected on his accomplishments and summed it up to a simple adage: attitude is key to success.

“Canada’s an amazing place,” he said. “You can enjoy every bit of Canada if you work hard, if you are sincere, and if you take care of yourself.”

Don’t be afraid to say hello to Bhardwaj as you see him walking the hallways.
Canada Fanshawe College Fanshawe employees India