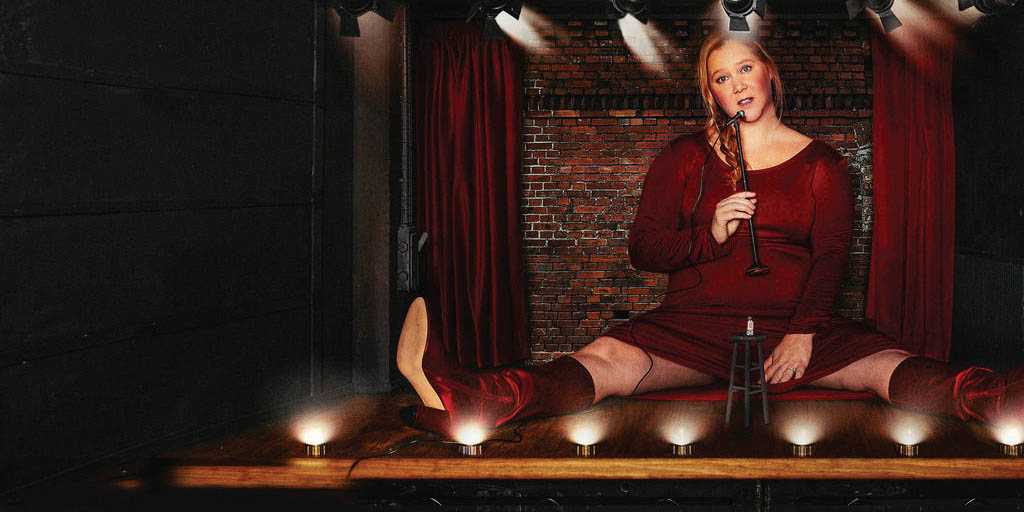 If you do not know this already, Amy Schumer is pregnant. With this new Netflix comedy special she takes on a new comedic voice filled with concise insights into aging and matrimony, marked with only slight growing pains of pregnancy. The special’s title is resonant in all the expected ways: she is physically growing and she also hopes she is personally growing.

Amy Schumer gives a refreshingly honest and hilarious take on marriage, pregnancy and personal growth. Filmed in front of a packed house in Chicago, the comedian talks about the joys of womanhood, settling into marital bliss, her decision to get arrested while protesting Brett Kavanaugh and yes you guessed it, sex. The 60-minute special is as real as it can get. Her pregnancy has not been easy as she was diagnosed with a condition called hyperemesis gravidarum, often referred to as extreme morning sickness, that caused her to cancel much of her tour. She was also hospitalized multiple times for this (and yeah, she has made jokes on this too!).

Yes, to a degree this was a preview of what motherhood would be like, but Schumer’s material is a reminder that a woman’s existence shouldn’t take a backseat. Women are still important, relevant, and interesting outside of their pregnancies. Schumer skewers this by revealing that she greets the myriad of “What are you having?” questions she fields every day with a despondent “hemorrhoids”. When asked, “What are you craving?” she screams, “Cock!” Same old Amy.

Pregnancy is more present in comedy now than it has ever been. Ali Wong has two Netflix specials during both her pregnancies. By the way, that’s a must watch too. It’s amazing to see how the audience’s tastes are evolving with time. Few years ago, there were very few women comedians let alone pregnant ones.

This special will be a good moment for you to take a break and have a good laugh during these last few stressful weeks of college. Stay strong and laugh on.
Amy Schumer Comedy Netflix Pregnancy Stand Up

1
Mental illness at the Cecil Hotel: How Netflix unravels the mystery of Elisa Lam
2
Reality TV bites, but it feels so good
3
Penises and pop culture: What has caused this sudden television trend?
4
Pandemic leisure: How students are filling their free time now vs. two years ago
5
How to have a feminist March marathon

Keeping it on the record