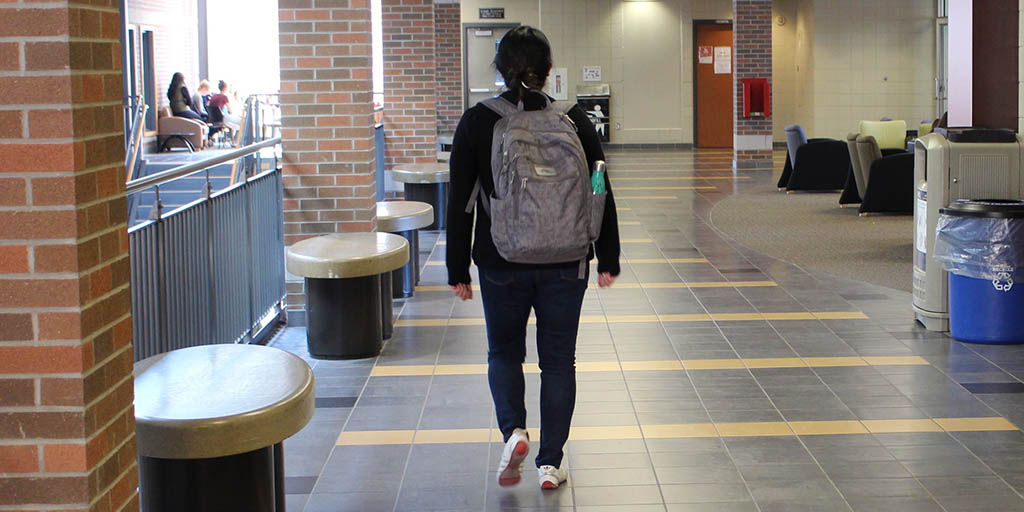 CREDIT: ANGELA MCINNES
According to a recently published survey, 55 per cent of 3,192 Fanshawe College respondents have experienced sexual harassment, and 22.8 per cent have had a non-consensual sexual experience.

On March 19, the Ontario government released the results of a sexual violence survey showing that 63 per cent of university students and 50 per cent of college students who responded have experienced some type of sexual harassment.

The survey was completed by 116,000 university students and 42,000 college students between February and April 2018. It was conducted by CCI Research Inc.

While announcing the results that day, Minister of Training, Colleges and Universities Merrilee Fullerton called the results “heartbreaking and disturbing”.

“Our postsecondary institutions have a responsibility to protect students, and must do everything possible to ensure campuses are free from sexual violence,” Fullerton added in a March 19 press release on the matter. “Our government has zero tolerance from sexual assault, harassment, and any other form of violence in our communities.”

In response to the results, Fullerton said the province will double grant funding to bolster sexual violence programs on campus, increasing the annual Women's Campus Safety Grant (WCSG) from $3 million to $6 million.

All colleges and universities are now required to have and post standalone sexual violence policies which must be reviewed every three years. They are also required to collect information and report to the Ministry on the rate and nature of incidents of sexual violence, as well as supports and preventative services put into place.

According to the report, 55 per cent of the 3,192 responding Fanshawe students said they have experienced some type of harassment. In the survey, some of the criteria for harassment included negative remarks about someone based on their gender identity or orientation; being undesirably spoken to about sexual matters; touched in a way that felt uncomfortable, and continuously being asked for dates even after refusing.

Of the respondents, 24.5 per cent also disclosed a stalking experience. Some of the criteria for stalking included having been watched, followed or approached, or cyberstalked.

Additionally, 22.8 per cent of Fanshawe respondents said they had been through a non-consensual sexual experience.

She said that Fanshawe currently has two relevant committees in place: the Sexual Violence and Prevention Advisory Group, which includes external partners such as Anova and the London Middlesex Regional Domestic Violence and Sexual Assault Centre, as well as the Student of Concern Committee.

The new Student of Concern Committee meets weekly to look at where students are at risk or pose a risk to the campus community.

“The Sexual Violence Prevention Advisory Group would most likely have the task force role,” Beaudoin said. “We just might have to review our membership.”

She said that the College has recently reviewed its present sexual violence policy, originally drafted at the Ministry's direction in 2015.

“We have a small working group that has been working on the policy before the survey results came out. We will have a new revised policy within the next couple of months,” she said.