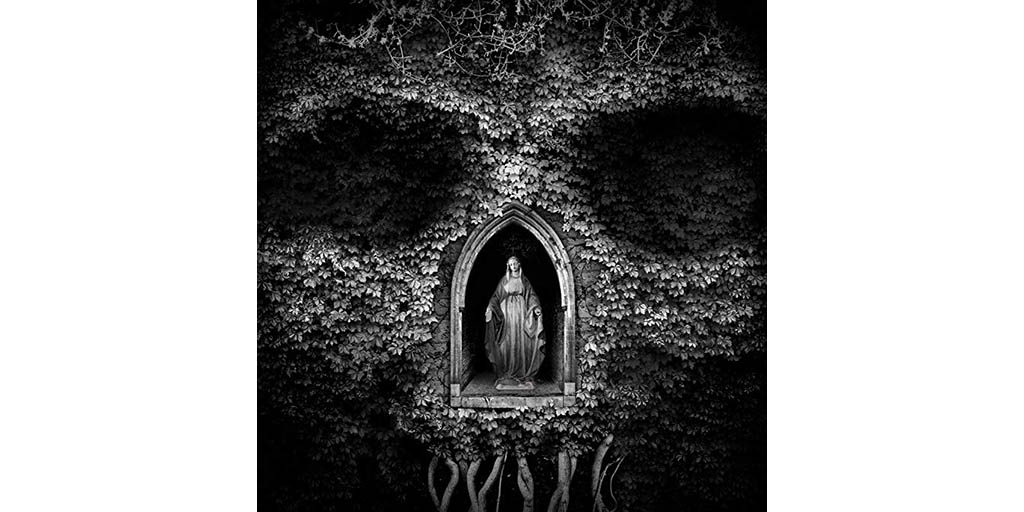 CREDIT: CRANKED UP FILMS
Don't Leave Home is pretty to look at, but leaves something to be wanted in terms of thrills.

Don't Leave Home is a Shudder (like Netflix but with only horror films) exclusive that has been compared to the likes of the iconic movie, Get Out, but with a religious twist. While there were similar motifs between the two films, Don't Leave Home is a very slow-burning, atmospheric film that leaves a lot to the imagination. What this film lacked, that Get Out did so well, was true suspense and horror.

Don't Leave Home features an American artist who is obsessed with urban legends of people and children going missing in Ireland. As she researches into the origins of these legends, she is led to Ireland where she meets a recluse painter, but his art isn't all what it seems to be.

The key element to this film that made it bearable to watch was how visually stunning it was. From the scenery, to the set design and even to the finest nuances, like the sound a snail makes while it moves, Don't Leave Home doesn't miss a single detail. The atmosphere surrounding the film definitely adds a sense of mystery but unfortunately doesn't make up for the lack of suspense.

As you are watching the film the plot line is pretty confusing and slowly unfolds as the movie progresses. But as you start to find out more and more about these religious paintings, the suspense and terror doesn't increase enough. There are brief scenes of flagellation and a hooded figure, but nothing that makes you want to hide under the covers.

Even after the slow-burning story finally reaches the film's climax, it burns out within a matter of a few minutes (if that). Without giving any spoilers, the idea of the “climax” is actually very creative and slightly disturbing, but it isn't portrayed well on screen to make it effective or resonate with viewers at all.

The only other saving grace the film had was the main antagonist's (played by Helena Bereen) brilliant performance. She had such an unsettling aura that was very apparent throughout the film. Her sense of mystery and intensity were the only things that gave the film a dose of discomfort and the slightest bit of suspense.

While Don't Leave Home wasn't completely flatlined, it definitely is not a film for those who love a good thrill ride. While it had some similarities to the film Get Out, it definitely is nowhere near as intense or horrifying. However, if you like slow burning, atmospheric films, this may be a good one for you.
Horror Movie reviews Movies