May the Devil Take You: A tepid love letter to The Evil Dead 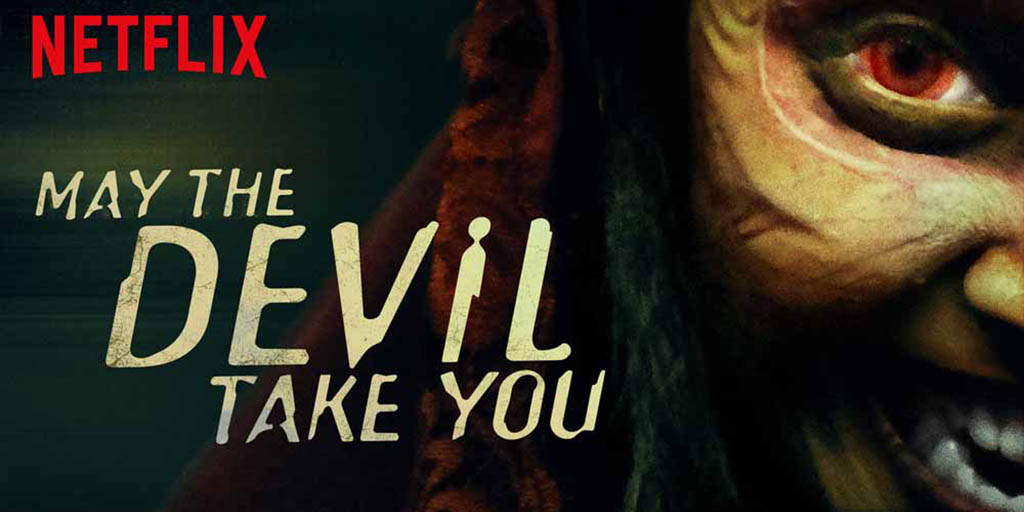 Indonesia has produced a few worthwhile horror exports over the past few years. May the Devil Take You is not one of them.


Films like Sam Raimi’s 1981 homemade classic, The Evil Dead, perpetuate a common myth: that making an effectively scary film is easy work, requiring merely the scantest of sets and a few bloody sequences to pull off any successful project.

Though skilled in the art of gore- tastic filmmaking as proven with neo-noir thriller The Night Comes for Us, Indonesian director Timo Tjahhanto appears to have fallen for this trap with his disappointing follow up, May the Devil Take You. Despite all efforts, this blooddrenched and curse-laden entry into Netflix’s current horror catalogue just doesn’t have what it takes to be anything more than a background distraction while scrolling around for an alternative film with actual teeth.

May the Devil Take You tries to dress itself up as an affectionate homage to The Evil Dead, but it doesn’t take long for the façade to fall away and reveal its true form as a derivative carbon copy.

The plot centres on a group of estranged family members meeting at their patriarch’s decrepit estate after his mysterious (and frankly kind of silly) death. Suddenly an evil presence bursts out from the basement and takes each member by possession one by one, yadda yadda.

Wouldn’t you know it, it’s up to the scapegoat daughter of the family to get to the bottom of what’s going on before the entity consumes them all, or something. It’s hard to get invested in the stakes, but essentially the father sold his soul to the devil in exchange for wealth and success, and the time has come for the devil to cash in. Because dear old dad and the rest of the family squandered their riches, the devil decides their own souls will make up for the difference. Hey, a deal’s a deal.

The movie comes equipped with a cool synth-inspired soundtrack and a few decent jump scares, but beyond that there’s no reason for anyone other than a curious gore- hound with time on their hands to give May the Devil Take You a chance.

Tjahhanto earns a bit of street cred in the horror world with the makeup and special effects, but the predictable story detracts from any opportunity to create suspense – which, by the way, is an all-toooften overlooked ingredient in this genre, but so, so crucial. Even the look of the film gets old real quick. The eyes can only take so many orange- tinted, shadowy frames before losing interest entirely, and that’s really all this film has to offer in terms of stylization.

While Indonesian horror titles do have their moments, I’d say May the Devil Take You is more suited for dedicated fans of the subgenre than general onlookers. It takes itself seriously enough to be a contender for silly movie night, but be prepared to sit through a version of The Evil Dead that forgot to bring humour, colour, and inventiveness to the table. In a word: meh.