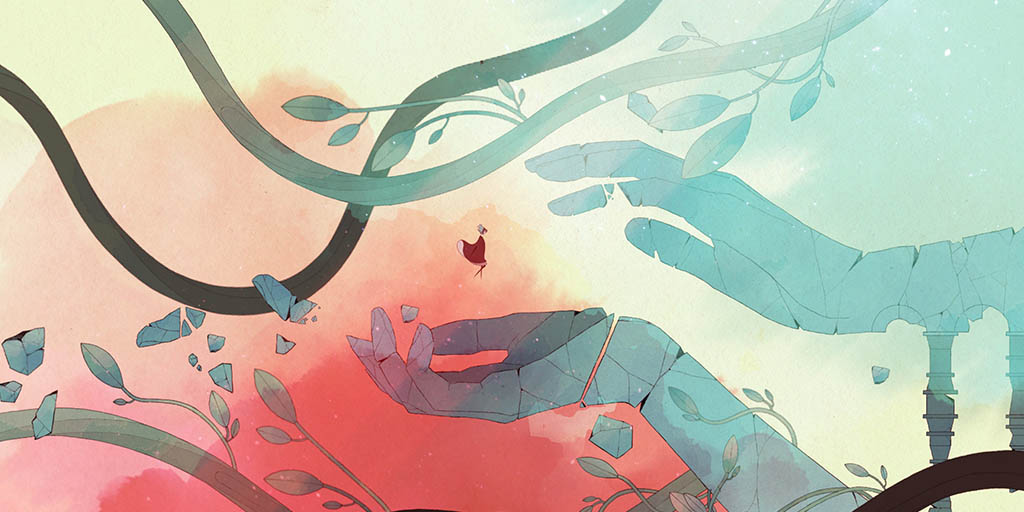 CREDIT: GRIS BY NOMADA STUDIO AND PUBLISHED BY DEVOLVER DIGITAL AS FOUND ON STEAM
A watercolour adventure of mystery is sweeping the intrigue of Switch gamers in GRIS.

GRIS a small indie game by Spanish game company, Nomada Studio, and published by Devolver Digital for the Nintendo Switch and Steam. It is currently becoming a hot topic among players in the gamer community.

Released this past December, GRIS seems to have stayed under the gamer radar for the holidays, only appearing in the spotlight with everyone returning now, and becoming much talked-about by players of the Switch. A game that will only take a few hours to beat, you will be able to enjoy a beautiful world of imagination with only a little dent made in your busy schedule, if any at all.

A side-scroller platformer, GRIS is a hand-drawn 2D world of beautiful art, music, and gameplay that follows the mysterious story of the heroine who is thrust into a colourless world, that you must return to its once colourful state. Using abilities granted to you by the returned colours, you will be able to traverse the mysterious world Gris has found herself in, make companions, and face a perilous foe that haunts your steps at every turn.

GRIS is a breathtaking world of watercolour mastery. All the world is brought to life by artists who meticulously translated real watercolours into the game to bring the world colour and vibrancy. The versatility of the medium creates a fluid world that easily moves from white to red to green to blue and so on. As one of the game’s many features, filling the world once more with colour is part of the progressing the tale. Looking at true watercolour flow across the screen is a treat for the eyes of anyone who will appreciate the effort it took for the creators to get the shades and hues that make up the world of GRIS.

As you progress, Gris will be able to gain more abilities as the colours return to the dreary landscape. These abilities are simple to master and make for fluid combos that naturally fit together. Taking advantage of combining your abilities will become second nature quickly as you go from double jumping to immediately diving into airborne bodies of water. GRIS impressively shows through its game design how abilities can help bring the curve of difficulty where it naturally uses all it has taught you thus far and uses it in everywhere you travel thereafter.

An interpretive storyline, GRIS leaves the background story to the imagination of the player. Only provided that something terrible has happened to the heroine of our tale, you are left to imagine and ponder what is truly happening in the game. But you are not totally left in the dark. When exploring you can find mementos and unlock extra achievements to fill out the spaces between in the tale of what you know and what you think you know. However, the mementos are pretty hard to find in all levels, even when you think you have searched every nook-and-cranny, so playing a second playthrough will probably be a necessity to unlocking all the game’s secrets.

What ties together all these elements, gameplay and artwork, is the ringing tones of tuneful music. As a part of the mysterious background of the story, music has its own role in returning life to the colourless land around you. Each time a colour is brought back you are able to traverse in areas not once reachable. Done so seamlessly, it will become natural to aspect new things to come when colours are sung back into the world. Even one of your later abilities will use the heroine’s voice to bring to life new paths for you to traverse in your journey, tying together with the rest of the game’s overall theme.

Overall, GRIS is a game that I recommend anyone to pick up a controller for and devote a bit of time to enjoy this wonderful game of artistry and interpretive storytelling magic.
Nintendo Nintendo Switch Video games

Female fitness YouTubers you should be watching

5 tips for writing your resume and cover letter