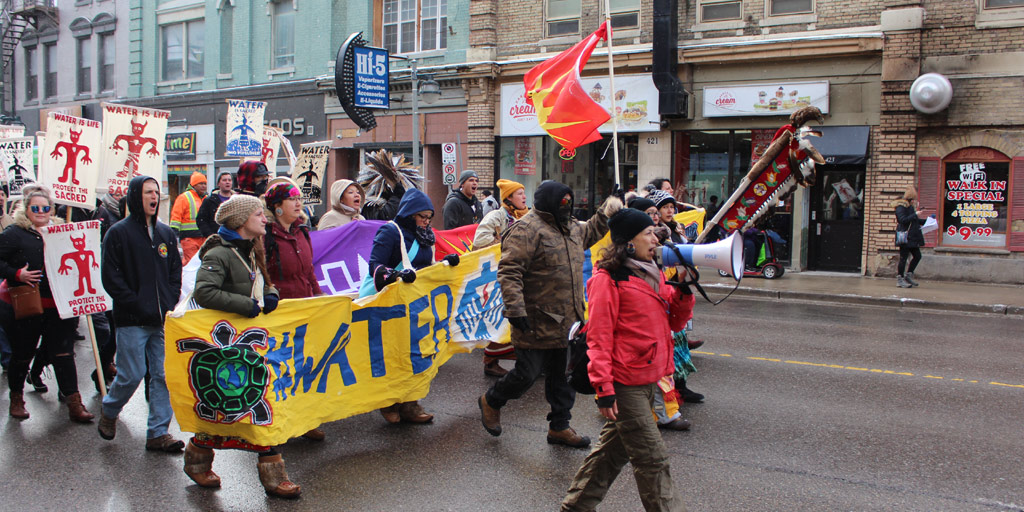 Supporters of the Wet'suwet'en First Nation in B.C. marched in downtown London on Jan.9 to protest construction of the TransCanada Coastal Gaslink Pipeline throughout unceded First Nations territory.


A demonstration led by local Indigenous communities took to the streets of downtown London on Jan. 9 as part of a national protest against the federal government and plans for a TransCanada pipeline.

Over a hundred gathered at Convent Garden Market before marching down Richmond Street then Dufferin Avenue. The group obstructed traffic intersections to sing, dance and chant for an hour near Talbot Street's RCMP office. The crowd also included non-Indigenous allies, and there were no notable interactions between the marchers and police.

The demonstration was a part of many across the country that took place as a show of support for the Wet-suwet'en Nation in northern B.C.

Jan. 8 saw the RCMP enforce a court injunction that led to the arrest of 14 people, and the dismantling of a fortified checkpoint closing off access for Coastal GasLink workers near Houston, B.C., where members of the Gidimt'en clan had set up camp to control entry to their unceded traditional territory.  A second checkpoint, established by the Unist'ot'en clan, sits about 300 kilometres west of Prince George, B.C.

“We're just showing the folks out there that were arrested that we're here for them,” Sara Mai Chitty, a participant of the London march, said. “It's not just a B.C. issue, this is a global issue. Our world is falling apart and we're just trying to raise awareness that things have to change.”

Coastal GasLink is a natural gas pipeline project operated by TransCanada Corp., now officially known as TC Energy. The company has said that it had a signed agreement with all 20 First Nations to build along the proposed pipeline route to a $40 million liquefied natural gas project in Kitimat, B.C.

However, some say TC Energy did not get consent from Wet'suwet'en Nation's five house chiefs, who are hereditary instead of elected.

Grand Chief Joel Abram, district chief with the Association of Iroquois and Allied Indians (AIAI) in southwestern Ontario, said in a Jan. 9 press release that the court injunction should not have been granted to the RCMP, citing the ruling of the 1997 Delgamuukw case wherein governments are required to recognize and respect Aboriginal title, law, and oral histories.

“There are better more peaceful ways for this to have been resolved.  The RCMP should not have gotten involved or at the very least done a better job of reaching a resolution that would not have caused trauma or resulted in arrests,” Abram said.

During the protest, Abram added that it was important for the public to understand the strong opposition to the pipeline.

“We want to bring awareness to the fact that this is happening on unceded land,” he said. “Not only that, but there are environmental factors - you see the signs here [which read]: ‘Water is life'. [The Wet-suwet'en Nation] is protecting the land not for themselves, but they're thinking seven generations ahead.”

On Jan. 10, Wet-suwet'en Nation chiefs made a tentative agreement and presented it to the RCMP as a temporary solution to de-escalate the situation before moving forward.

ALL PHOTOS BELOW COURTESY OF ANGELA MCINNES
Click on the thumbnails below to view a larger version of each image. 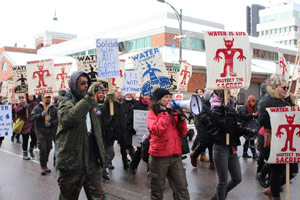 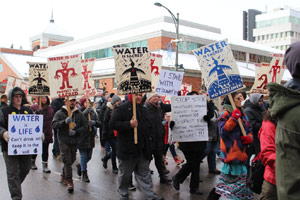