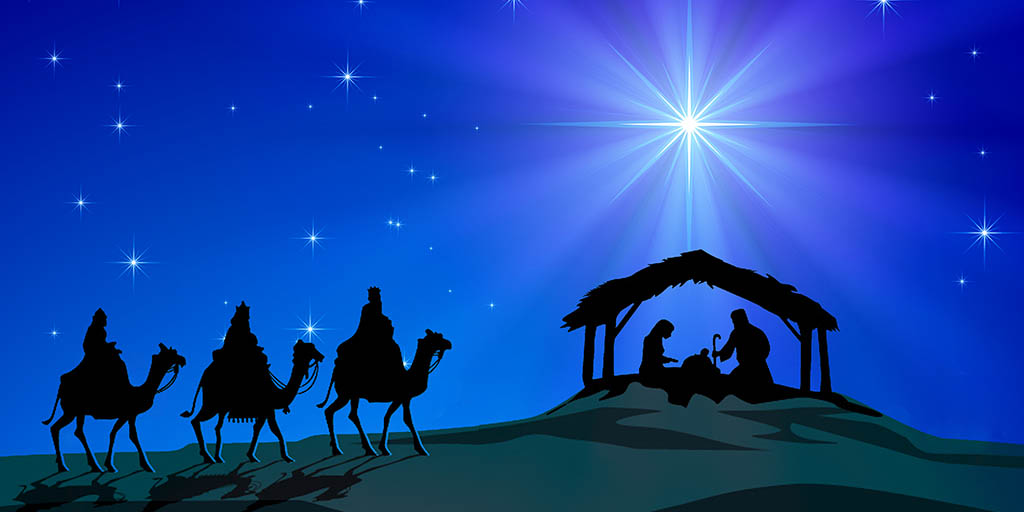 CREDIT: THINKSTOCK (LUKBAR)
Christmas is just around the corner, but instead of just focusing on the commercial aspect of this holiday, remember Jesus and his story of bringing God to everyone.

In my last column I wrote about a story that appears a couple pages into the Bible. It is the story of how Adam and Eve, the first human pair in the Bible, were seduced into sin. I argued that the story is more than what Jordan Peterson says. He believes it is a “coming of age” story that reveals a double awareness — the awareness of evil in the world and of our vulnerability.

My own reading of the story is more in line with what interpreters have been saying for a very long time. The story reveals the beginning of a catastrophic descent. That descent begins by regarding God with suspicion. And it bring us to the bloody slaughter of civilians in war, Facebook bullying and everything in between. This reading takes more fully into account the actual literary context of the story.

As far as “coming of age” goes, that happens when we live in relationship to God and his formidable instructions. He has called all persons to build communities throughout the created world and to govern wisely on his behalf. That call appears in those couple of pages preceding the story of Adam and Eve. Rejecting that path means we are not coming of age, but sinking down.

Christmas. Soon, people all over the planet will be celebrating it. The story of the seduction of Adam and Eve sheds light on the meaning of Christmas. That's my subject for this column.

Now, it may sound odd to hear that the story about the beginning of the path into evil helps us understand Christmas. That's because Christmas — unless you see it superficially as merely the shopping season that begins with Black Friday and ends with Boxing Week — is a celebration of the birth of Jesus Christ, the Son of God. While the story of the fall of the first couple is a story of the beginning of dark times, the Christmas story is associated with joy, great works of art and music, light, glory, rest from our busy routines and the worship of God.

How might these two stories be connected? They are connected because in the account of the work of Jesus himself there is another attempted seduction scene. In this one it is not Eve and Adam who are the human targets. It is Jesus.

Satan meets Jesus in the desert, or “wilderness” outside of the settled areas of the Jewish people. Jesus (a Jew) has been there for some time, doing what hard-bitten Jewish prophets had been used to doing: preparing himself to do the work that God called him to do. He has been praying, seeing his mission more clearly and confronting the things that might prevent him from accomplishing it and reaching victory.

The mission would involve his suffering and death. And what might prevent him from following through? It would be an alternative path to victory — a path that did not involve suffering. Just as Satan offered Adam and Eve an alternative path that began with a suspicion of God's path for them, he now offers to Jesus the same. “Accept my path,” he says in effect, “and I, not God, will give you victory and everything that goes with it.”

Perhaps you'll read the story. It's in the fourth chapter of the record of Jesus' public life called Matthew, in the Bible. Just a couple of hundred words and you'll find it easily online. The same with the story of Adam and Eve and their downfall which is Genesis 3. (By the way, if you read the Bible, which I highly recommend, do not, I repeat, do not start at the beginning. It's too complicated. It's a collection of 66 works. Start with one of the four accounts of Jesus' life. The other three are Mark, Luke and John. As I think of it, Luke will be your best pick. After that I recommend Acts — written by the same author — the history of the early church. And then maybe Genesis, but there are other options.)

Well, you know, Jesus, unlike the first humans in the Bible, does not cave in to the attempted seduction. He follows through on his mission to his death — and very importantly, to his return from death. His God-directed path of suffering and sacrifice led, ironically — or maybe not so ironically given what we often experience — to victory.

Jesus, in other words, succeeded where the first biblical couple failed. He reversed the trajectory, the path of our descent. Ultimately, this is what Christmas is about. Jesus, the Son of God — born a vulnerable infant, to a poor young Jewish couple, in a small town (Bethlehem), in a small-bedraggled nation (Israel, enduring a cruel Roman occupation) — came to reverse our decline into evil, sin and tragedy. He came to offer the renewal of God to all people.

As one famous Christmas song begins, “Joy to the World, the Lord is come!” Merry Christmas.
Editorial opinions or comments expressed in this online edition of Interrobang newspaper reflect the views of the writer and are not those of the Interrobang or the Fanshawe Student Union. The Interrobang is published weekly by the Fanshawe Student Union at 1001 Fanshawe College Blvd., P.O. Box 7005, London, Ontario, N5Y 5R6 and distributed through the Fanshawe College community. Letters to the editor are welcome. All letters are subject to editing and should be emailed. All letters must be accompanied by contact information. Letters can also be submitted online by clicking here.
Christmas Jesus Religion The Bible