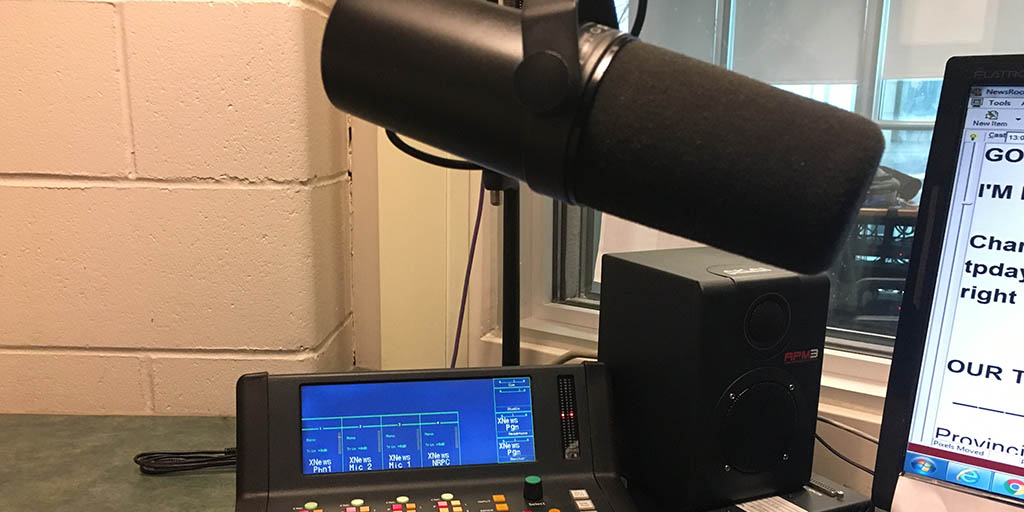 CREDIT: EMMA FAIRGRIEVE
The Broadcast radio and Journalism students run 106.9 The X. Students are eligible to win some special awards at the end of the school year.

Fanshawe’s radio station 106.9 The X recently celebrated its 40th anniversary of being on air with students and alumni. During the festivities, program co-ordinator Jim Van Horne, announced two new awards for students in the broadcast journalism department to potentially win.

Jim Morris graduated from broadcast journalism in 1980. He became one of the top police reporters in Toronto for 680 News.

“He really was a great reporter firstly. He had the trust of both his employer and the police and fire emergency services in Toronto,” Van Horne said.

Morris passed away in 2002 due to lung cancer.

“At that time he was given a hero’s salute by the emergency services, almost like a military type funeral. He was that popular and trusted by the police,” Van Horne said.

Morris’ family decided to donate money for a scholarship for the best reporter for a second year broadcast journalism student.

“He just loved reporting, loved Toronto, loved the Maple Leafs, and he loved awards and plaques. This would be a real kick for Jim,” Van Horne said. “Everything we try and represent, honour, integrity, ability, willingness to be anywhere to cover a story… Jim had that. He was just such a great reporter.”

Morris is enshrined in the Fanshawe radio hall of fame in the College’s M building.

The second award is named after Caroline Cameron, a 2012 graduate from the broadcast journalism program.

“Caroline has just always had Fanshawe in her heart so much. I mean she has risen to what I consider a star, but you would never know it talking to her. She is just so down to earth,” Van Horne said.

Cameron is currently a sportscaster for Sportsnet. Her award will be presented to a first year student in broadcast journalism for news writing.

“She always was a fan of [news writing]. She thought that was the foundation for all that we do in journalism,” Van Horne said. The recipients of the awards will be announced during the Radio and Broadcast Journalism awards night in April 2019. Many other awards will also be announced during the event including The Dana Lewis Frontline award for the best breaking news report, which is awarded to any broadcast journalism student.
Awards Broadcast Journalism Jim Van Horne Radio 106.9 the X

Progression: Movember is back for another year