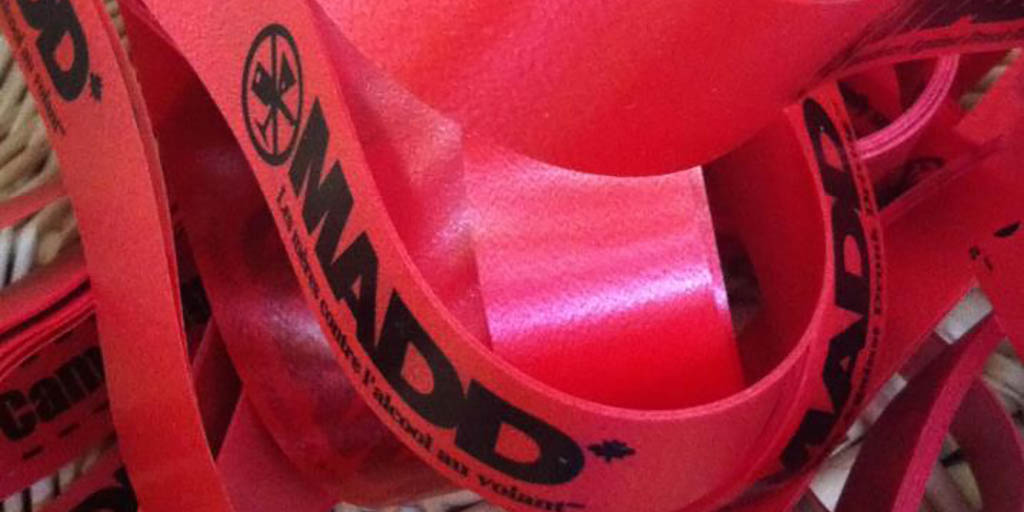 This is the 18th year that MADD London has teamed up with local police services during this festive season.

The goal of the campaign is to distribute red ribbons to remind individuals of the dangers of impaired driving and honour those who have been lost due to impaired driving, as well as survivors. “This time of year represents when a majority of deaths and injuries occur on roads. It is supposed to be a very festive time but it means a lot more parties and celebrations are happening, and then people aren’t following up with getting home safely,” past MADD London president, Mary Rodrigues, said in a phone interview with Interrobang. The kickoff of the local Project Red Ribbon campaign is beginning held at London Airport Kia. Local dignitaries and first responders will be in attendance, as well as victims of impaired driving. Following this, on Nov.17, MADD London will be teaming up with local volunteers to distribute red ribbons at 10 locations across the city. This event is known as the Red Ribbon Blitz. The ribbons are free of charge, but voluntary donations will be accepted.

On Nov. 24, MADD London is expected to participate in the Hyde Park Santa Claus Parade, but is unconfirmed at the time of publication. In past years, volunteers have handed out candy canes and red ribbons to parade goers.

The final event, Festive R.I.D.E., is ongoing from the beginning of November to the beginning of January. MADD London will be teaming up with the London, Stratford, and Woodstock police to operate sobriety checkpoints at various locations to ensure that all drivers are sober.

MADD London volunteers will accompany police services and distribute information to drivers and thank them for driving sober.

Project Red Ribbon is just one of the ways that MADD Canada works to prevent impaired driving, as well as help victims and survivors.

The organization offers support services to victims and survivors, have specialized programs for youth as well as the general public to educate them on the dangers of impaired driving, promote legislative best practices in impaired driving countermeasures, and partner with traffic safety organizations, automobile manufacturers, and technology companies to find technical solutions to prevent impaired driving. Monika Govan, a Peterborough, Ont., resident, lost both her mother and sister to an impaired driver in 1986. Two other individuals were killed and one was seriously injured. “MADD was there for us in the beginning for support and I believe they have done tremendous work throughout the years raising awareness, especially to youth to send that message before they get their licence,” Govan said in an interview with Interrobang.

Govan also said she believes that campaigns like Project Red Ribbon are crucial.

“They’re important to raise funds in order to keep organizations like MADD running. The red ribbons are also a visual for other drivers. If it stops just one person from driving while impaired, it’s worth it,” Govan said.

Rodrigues also stated that 40 per cent of all collisions in Canada are due to impaired driving, by either drugs or alcohol, which she attributes to the social acceptance of impaired driving.

She said that excuses range from “I’m not going that far” to “I drive better when I’m high/drunk”, to “I didn’t have any other means of getting home”.

Rodrigues said she believes that the best thing to do is make plans in advance.

Rodrigues said she thinks the social acceptance of impaired driving is linked to terminology used by the media and the general public.

She said that to better understand the impact of impaired driving, it is important to use the word “collision” instead of the word “accident”. “When we think of an accident, we think of something as minor, something that wasn’t meant to happen. They didn’t mean to go out and kill somebody, but they knew that what they were doing was wrong. It wasn’t an accident, it was a choice […] when you’re impaired, it doesn’t affect your moral decision making. You still know the difference between right and wrong when you’re impaired,” Rodrigues said. When asked about the recent legalization of cannabis in Canada, Rodrigues said she believes the Project Red Ribbon is more important than ever.

“It all goes back to social acceptance. People believe that when they are high, they are still fine to drive,” Rodrigues.

Rodrigues said she believes that because of the difficulty of convicting someone driving while under the influence of drugs, that more individuals are likely to continue driving high. The process involves drug recognition experts, which have to take many steps to prove that the driver was under the influence of drugs. This is compared to the straightforward method of using breathalysers to test if the individual is under the influence of alcohol. “We just hope that everyone makes the right choice before they go out for the evening. Make your plans before you go out and then you won’t be caught in that situation,” Rodrigues said.
MADD Project Red Ribbon