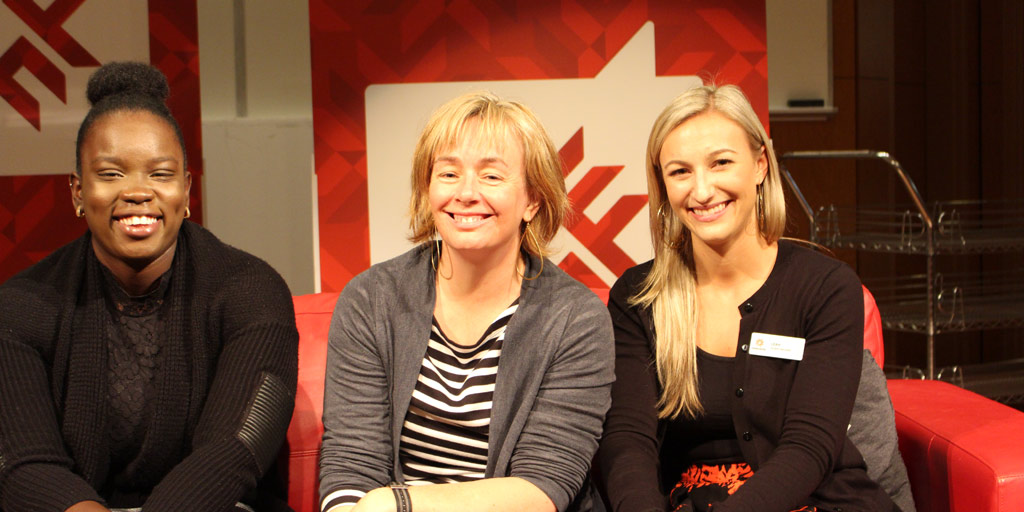 
Lucy DeCoutere spoke to Fanshawe students and staff about resiliency earlier this month as part of the College’s REDTALKS leader lecture series.

DeCoutere is a Captain in the Royal Canadian Air Force and a former actress on the show, Trailer Park Boys.

In 2015 she was the first woman to openly identify herself among those who alleged that ex-CBC radio host Jian Ghomeshi had committed various acts of sexual violence against them.

She was later part of a highly publicized trial.

Ghomeshi was eventually acquitted of all charges on the judge’s basis that the witness testimony was inconsistent and unreliable.

DeCoutere touched on these events during her talk, and spoke of how she dealt with their traumatic impact on her life afterwards. She then met one on one with audience members to hear their own stories and share words of support.

“Resilience is as complex as the individual living it,” DeCoutere told Interrobang. “But it’s a muscle, and the more you use it, the more resilience you have to demonstrate, the easier it is to access that. So I guess, just get shredded.”