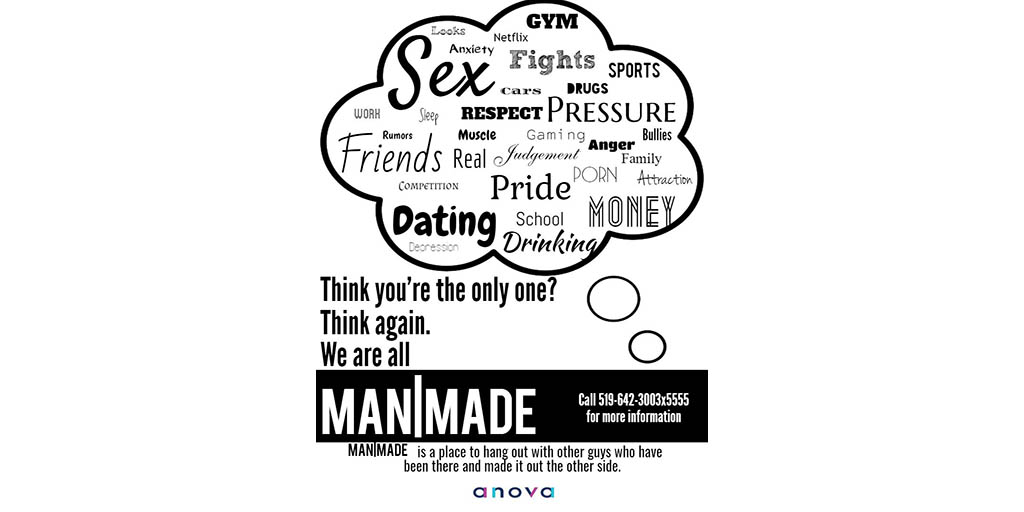 Fanshawe's sexual violence prevention advisor, Leah Marshall, has collaborated with Anova to bring the ManMade program to campus this fall.


A male-targeted program discussing sexual violence is coming to Fanshawe College in November.

It was originally launched at Western University two years ago by AnnaLise Trudell, the education director at Anova, a non-profit agency in London that provides shelter, counseling and resources for victims of sexual violence.

ManMade will be open to both campus community leaders and former perpetrators of sexual violence.

“It’s important to have this program [because] oftentimes there isn’t a place for men who have committed harm to go and be able to deal with the harm that they’ve caused in a healthy, respectful and important way,” said Anova program co-ordinator Kelsey Adams, who works alongside Trudell in organizing and executing ManMade.

ManMade is divided into four sessions. The first examines what consent looks like, and how that can play out in real life. The second has participants discussing what it means to be a man, and what it means to cause harm to others.

Adams said that the ultimate point of the program is to offer a space for conversation that men may not otherwise have the opportunity to engage in, thanks to social gender conventions.

“Oftentimes we teach girls growing up those emotional literacy skills to be able to have open and deep conversations about our feelings with other women and we don’t give the same opportunities to young men,” Adams said.

“They’re in our culture as well and they’re getting told the same messages and I think it can be really confusing when you want to have great, consensual sex but you don’t know how to do that in a way that makes everyone feel comfortable. How are you meant to connect that with all the messages you’ve been told that you have to be aggressive, that you always have to go after a woman and don’t listen to her, she’s playing hard to get?”

So far ManMade has had over 150 participants at Western University. Fanshawe’s sexual violence prevention advisor, Leah Marshall, partnered with Anova to bring Man- Made to the College as well.

“This is the first time both of our academic institutions have had a partnership that looks like this,” Marshall said.

“The hope is always to facilitate more understanding of [the issue of sexual violence] and its impact on others in the community, and to create a safer campus for all students, physically and emotionally, when it comes to not only the perpetration of violence but also how we support survivors.”