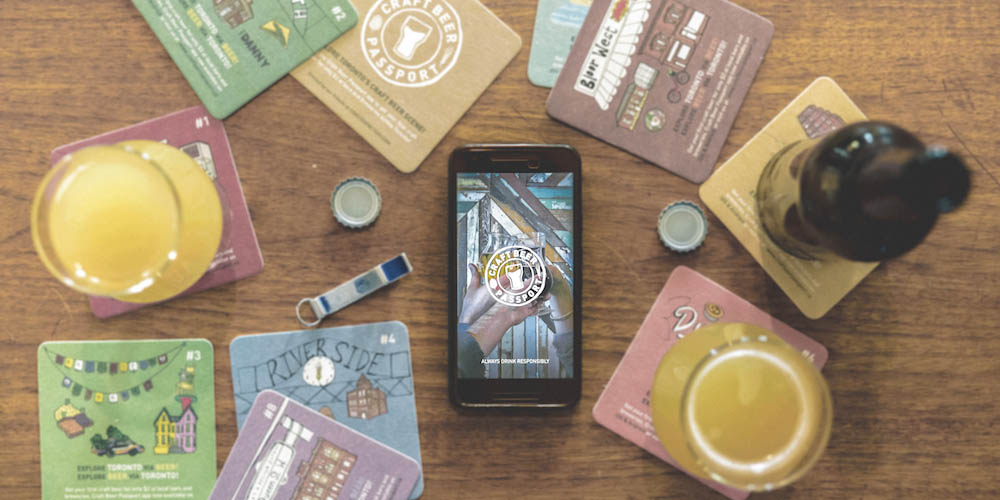 A new phone application has been developed to benefit craft beer enthusiasts and has recently launched in London and surrounding area.

Craft Beer Passport, founded by Mike Stulberg, was created as a discovery tool and incentive program for people to explore the Ontario craft beer scene.

After purchasing stamps, users can visit the participating establishments on the passport and receive a 12 oz craft beer for only $2.

“Craft Beer Passport ran for three summers in Toronto as a paper card before I designed the app myself in the winter of 2017,” Stulberg said. “I think the app provides an accessible entry point into the Ontario craft beer scene by introducing beer drinkers to the best craft beer establishments and craft beer products.”

Stulberg said that he met with customers and bar/brewery owners to ensure that the best parts of the paper passport were included in the app as well as finding new opportunities to take advantage of.

“Honestly, we haven’t seen anything like this. Untappd is a popular social media platform for beer where you can check-in your beers and share reviews but that is as close as it gets,” Stulberg said.

“For our partners, it is a very low-risk opportunity to receive a new customer,” Stulberg said. “Typically, $2/12oz will still cover our partners’ product costs and so when the program brings a new customer through the door they have spent literally nothing for that introduction.”

Stulberg went on to discuss that breweries will often spend money on advertising where it is difficult to see how much traffic it is driving into the establishment. “With the Craft Beer Passport, a proprietor only ‘pays’ in reduced margins on one beer and only once a customer actually shows up,” Stulberg said. “Plus passport holders often stay for additional rounds, buy food or pick up bottles to take home with them. It provides an excellent first connection point with that bar or brewery.”

As Craft Beer Passport continues to grow, Stulberg hopes to expand across Ontario and have the app be the go to source for craft beer destinations across the province. “It is awesome seeing people use it as they would a ‘real’ passport,” Stulberg said. “We hear stories of people using the app while visiting their friends on the other side of the province or while out on day trips to check out a nearby beer scene.”

Stulberg said he also hopes to include customizable routes so users can share their favourite routes with other members through the app.

“I think a craft beer passport would help craft beer drinkers new to London explore their options and get access to all of the great beer here,” Freemantle said.

Craft Beer Passport is available for download on iOS and Android and more information can be found at craftbeerpassport.ca.
Apps Beer Craft Beer