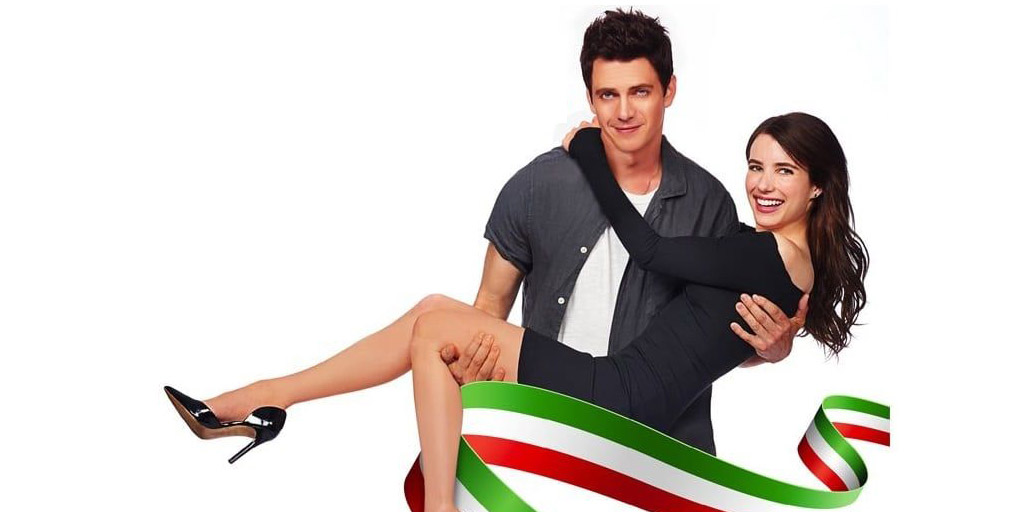 CREDIT: ENTERTAINMENT ONE/LIONSGATE
A film about life, family, love and pizza, as well as a large focus on Canada, Little Italy is the next movie to add to your must see list.

A film about love, lost, pride and of course family with a little rivalry is just a snippet of what the movie Little Italy is all about.

Little Italy, stars Emma Roberts as Nikki Angioli, an up and coming master chef and Hayden Christensen as Leo Campo, an inspiring pizza entrepreneur, who grew up together with their families in Toronto’s Little Italy borough.

The two are inseparable as kids and in turn, help their families run a joint pizza shop, that is until a pizza contest and an argument between the fathers (from each family) leads to the shop closing and each family creating their own restaurants (right next to one another, no less).

Though it seems both families are at war, it’s really only the fathers who are against one another, while the other members of each family secretly (and not so secretly) remain friends.

As for Angioli and Campo, they also remain close, until they hit young adulthood and Angioli (who secretly has had feelings for Campo), jets off to the London, England for five years, to learn from the best in the culinary world (also known as chef Corrine, played by Jane Seymour).

Angioli ends up coming home for two weeks to renew her Visa, though her family and friends plea for her to stay longer. Her plans eventually go up in the air for the time being as she reconnects with Campo (who is trying to live out dreams of his own) and while their fathers continue to butt heads Angioli ultimately has to choose what she’ll end up doing in the end.

Directed by Donald Petrie, (How to Lose a Guy in 10 Days, Miss Congeniality), Little Italy is a romantic comedy delight. Though it may be cheesy (both literally and figuratively) and can be compared to a romcom pulled right out of 2005, Little Italy has some true heart to it.

The fact that this film was not only filmed in Toronto, but also set in Toronto makes it a stronger movie (at least in Canada), since a number of movies tend to be filmed in Canada, but are staged as cities such as New York, or small town U.S.A.

From the shot of the CN Tower and the Distillery District, to some Blue Jays gear being seen on screen, this film pays homage to the Toronto and to the Italian community. Even a bit of Canadian music was part of the film’s soundtrack, including some Shawn Mendes.

Little Italy, tries to portray and demonstrate what a tight knit community Little Italy (the area) is and how close an Italian family can be (e.g., running a family business with everyone young and old helping out etc.) Add pizza to the mix and it’s even better.

Though the film may not be an Oscar contender, it is a funny and lighthearted romcom that has just the right amount of heartwarming moments as well as a decent amount of laughable lines.

The cast is a mix of Canadian and American actors, including Alyssa Milano, Adam Ferrara, Gary Basaraba, Andrew Phung and Linda Kash.

The two other stars of the movie and who brought a number of laughs include Danny Aiello and comedy queen Andrea Martin, who play the single elderly parent from each side of the two families. The chemistry between the two is great and it was hard to not want the best for them. Plus, their quips and perfectly timed comedy kept the audience in the theatre on their toes laughing.

Both Roberts and Christensen play their parts well and together, help tell the story of young love and the difficulty of wanting to create a life (both independently and together), even when obstacles get in the way.

Overall, Little Italy shows the strong ties between love, life and family and that when things get tough, your family and friends will always have your back and be ready to welcome you back home with wide-open arms.

Though Little Italy was somewhat predictable in certain aspects, it’s still a film worth checking out if you’re into the classic romantic comedy genre, pizza or looking for a loveable family-tied story.
Comedy Movie reviews Movies Romance

Playing with Matches ignites a story that's hot to the touch