The University Of Western Ontario's fake homecoming draws huge crowd, but high cost for the City of London 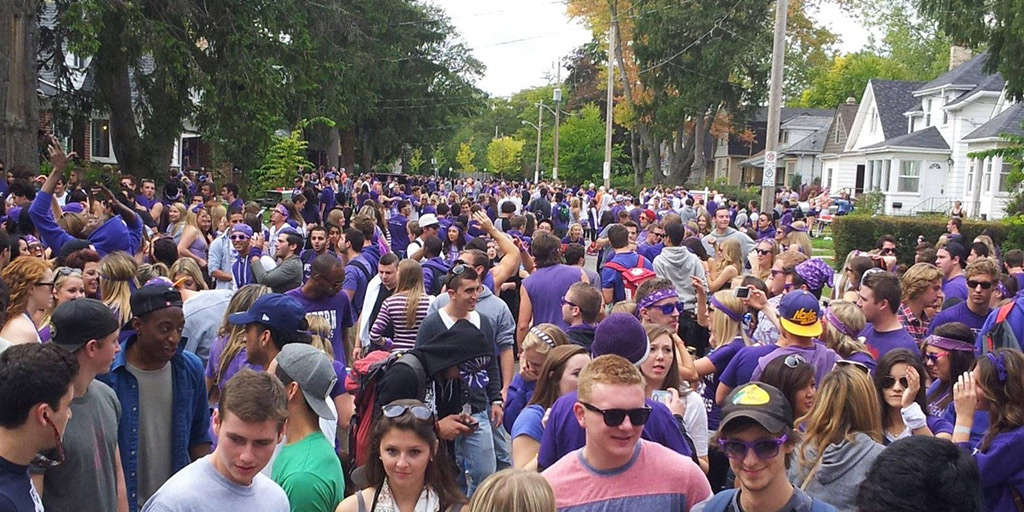 Credit: MARK LEEMAN
The University of Western Ontario's fake homecoming went off without a hitch, but caused the London Police Service and the City of London much grief.

Last year, the University of Western Ontario announced it would change the date of the actual homecoming celebrations as a strategic decision to curb immense amounts of partying. The decision was not well received by the students; as a protest to the date change, Western University students organized their own celebration, called “FOCO.”

According to an Oct. 3 London Police Service (LPS) press release, on Sept. 30th, 2017, approximately 11,000 students gathered on Broughdale Avenue to celebrate “FOCO.” Although the gathering was largely successful, it was not without incident.

Between 10 a.m. and 5 p.m., Middlesex-London Emergency Medical Service (EMS) had received 34 calls to the area, and 24 people were transported to the hospital. The majority of these patients were 18 or 19 years of age. One person was transported to the hospital with serious head and spinal injuries after falling off a roof. Ten students were treated at the scene, and did not require additional medical assistance.

EMS crews and police officers had expressed worry about the event, and the threat it may pose to the safety of students. EMS personnel and police officers proposed that they had to shuffle through crowds and travel through backyards in order to reach individuals who required assistance.

“Our greatest fear is that someone is going to die or will be in serious medical distress and we will not be able to get EMS personnel in to assist due to the size of the crowds,” LPS Deputy Chief Daryl Longworth said in an LPS press release about the incident.

EMS workers were kept quite busy through the duration of the celebration. In total, EMS personnel responded to 54 incidents. Amongst those incidents, there were 35 intoxicated individuals, seven drug overdoses, seven traumatic injuries, two assaults, and three students who were hit by cars.

Phil Squire, councillor for Ward 6 of London, attended the fake homecoming event. “The concerns centre more around public safety than anything else. The police and emergency services view this as a situation where people are in danger. We know on Saturday that someone was seriously injured and suffered a neck and spinal injury from falling off a roof,” Squire said.

“I want students to have fun. [But] we can't have people taking over an entire area so that emergency services and police can't control the situation and people are in danger,” Squire said.

Police were also kept quite busy during the party, attempting to uphold the law and control the large, unsanctioned gathering. There was a notable amount of charges, arrests, and tickets issued at FOCO, and below is a summary of the outcome from the press release:

Selina Lassman, a Fanshawe student who attended the event, responded to the outcome of the policing initiatives. “You can't drink on the street or do illegal drugs, so I would say [the outcome] is fair.”

The cost of policing overtime in response to the event is significant; the total so far is sitting at $31,000, and additional costs are still being taken into consideration.

“My message to students is that we are now in a situation where we are going to all have to look out for safety, their safety in particular. I really want them to think carefully about organizing another event like this,” Squire said.

Simon Dunford, a graphic design student at Fanshawe who attended FOCO, suggests that Western should host more social events on campus earlier throughout the fall semester to decrease the amount of students who choose to party in the street. “They could even have some sort of day event at a bar to help keep students from partying on the street.”