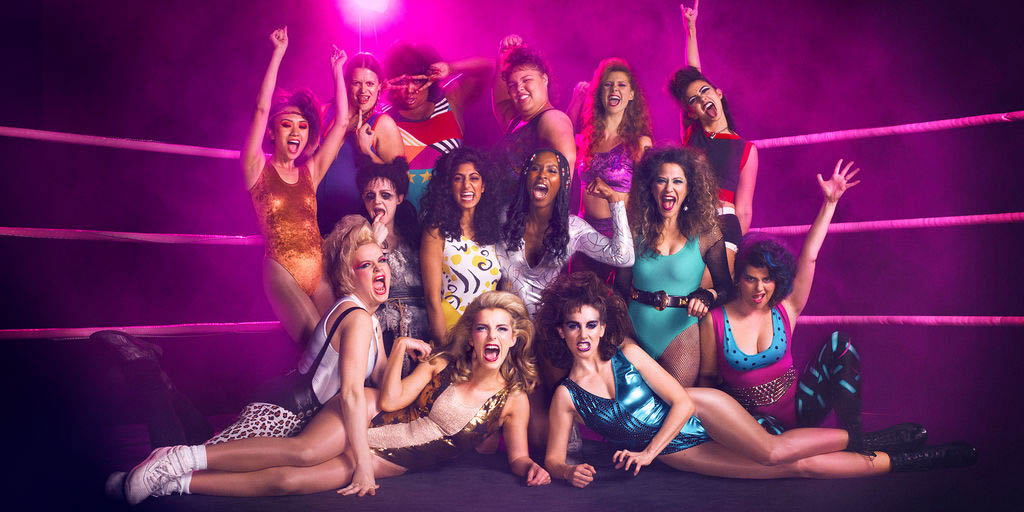 As the first real week of classes comes to an end, I’ve come across the time to focus on my true passion, binging Netflix series.

I only have one problem. Which one do I watch first? I’m going to have to return to the reality of endless assignments and classes eventually and in true type-A form, I want to make sure I’m spending my precious time watching the best shows that I can.

Netflix is no help, it’s adding enough new shows and series every month to clothesline me and every other student into submission.

Enter Glow: The Gorgeous Ladies of Wrestling. It’s a drama-comedy about the real TV show from the ‘80s and it’s one new series you don’t want to miss.

Wait, wrestling? For girls? I thought wrestling was only something that big, sweaty men did?

This show proves otherwise. A televised female wrestling series was one of the more brilliant ideas to come out of the ‘80s, featuring strong female role models and overthe- top comedy bits. GLOW is a fictional retelling, with characters based on the original.

The show centres around Ruth Wilder (Alison Brie), a downtrodden actress going through a bit of a job slump. As a last-ditch effort, she shows up to a casting call for unconventional women. From that point on, her life is whisked away into the glamorous, larger-than-life world of semi-professional wrestling.

The show really comes to life through its eclectic cast of characters. Conversations are reminiscent of Orange is the New Black, another Netflix original (but with lighter subject matter).

That being said, the show powerslams through some pretty hefty topics and social issues. At the forefront is the underrepresentation of women in the creative industries and the seriousness with which their roles should be taken. Heck, when you have to specify that the show you’re about to watch is about women wrestling, you know there’s a power imbalance.

It deftly works its way through the issues of single parenting, marital issues, and the moral dilemma that arises from cheating on your best friend’s (and later co-star’s) husband. Spoilers.

I’ll admit, I knew nothing about wrestling going into the show. But I learned just like Ruth did how exciting and personal the art of wrestling can be. The last few episodes had me yelling along with the audience as Ruth’s Russian persona Zoya the Destroya elbow-dropped Glow hero Debbie “Liberty Belle” Eagan to the floor. It’s wonderfully campy, in an empowering way.

Stream it on Netflix, or don’t. You’ll be missing out.

It: The terrifying remake we were all waiting for