It: The terrifying remake we were all waiting for 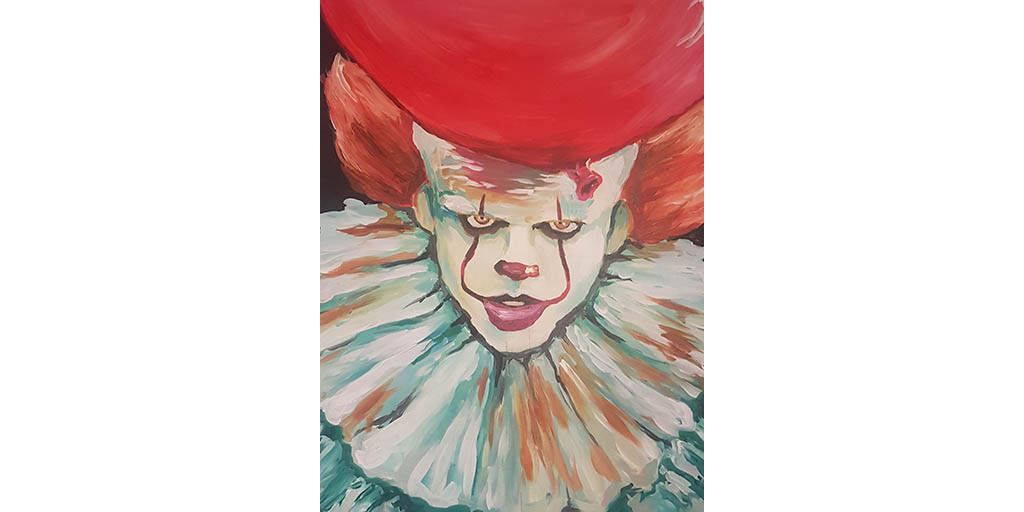 CREDIT: CARL DALIDA (INSTAGRAM TIGERCARLY00)
Stephen King's legendary It once again comes to a life of its own with this brand new film directed by Andy Muschietti. It'll surely keep you on your toes and on the lookout for clowns.

From the moment Georgie reaches into the sewer we are dragged through the horrifying and fantastical world of Stephen King’s It. Being one of the most anticipated films this year, It, directed by Andy Muschietti, definitely lives up to expectations.

With jump-out-of-your seat thrills, to the incredible acting and portrayal of the infamous Pennywise the clown, It is a must see this fall.

Taking place in the eerie town of Derry, a group of outcasts known as “The Losers” must face their deepest, darkest fears and band together to destroy the monster that is killing off children one by one.

It takes many forms and feeds off of children’s fear to terrorize Derry every twenty-seven years, except this time, It may have met its match.

For those who have read the Stephen King novel may be disappointed, as the movie does not follow the original story line word for word.

However, Muschietti does an incredible job at keeping the novel’s theme alive throughout the entire film.

While you won’t be seeing monsters from the book like the giant bird or werewolf in the film, new and even more horrifying creatures like the woman from the painting are sure to give you nightmares.

What truly makes the film a success is Bill Skarsgård’s portrayal of Pennywise and the visual effects that took the character to the next level.

From the small nuances like Pennywise’s eyes moving outwards, to the horrifying laugh (that is guaranteed to haunt you hours after the film ends), to the mouth full of razor sharp teeth, Skarsgård’s Pennywise was the re-interpretation we were all hoping for.

Whether you have a fear of clowns or not, It will definitely resurface some of that childhood terror.

Even though the movie is terrifying, It keeps the underlying theme of friendship and child-like wonder alive even throughout the clown’s most disturbing limb-twisting horror.

From Richie’s (Finn Wolfhard) juvenile jokes to the love triangle between Ben (Jeremy Ray Taylor), Bill (Jaeden Lieberher) and Beverly (Sophia Lillis), you are sure to fall in love with each and every character (besides maybe Pennywise).

Whether you are a horror movie fan or not, this film definitely contains elements that everyone can enjoy.

As the film journeys through each character’s bizarre encounters with It, usually announced with a free floating red balloon (this is when the non-horror lovers should get ready to cover their eyes), it all ends up at the final and almost poetic standoff between the seven children and It and all of it’s nightmarish forms.

This moment in the film is truly monumental, especially for hardcore Stephen King fans.

While we are going to have to wait for the next chapter of It, you must gather up your courage and go face your deepest fears for the first chapter’s fantastic cinematic experience, you will not be disappointed.

With jump-out-of-your-seat thrills, horrifying imagery and almost a nostalgic feeling of childhood friendship, It has definitely lived up to expectations (shattering box office records) and is the remake we were all hoping for.

See the movie in theatres now and you’ll be sure to float too.