What Does Kerra Seay?: One step forward, who knows how many steps back 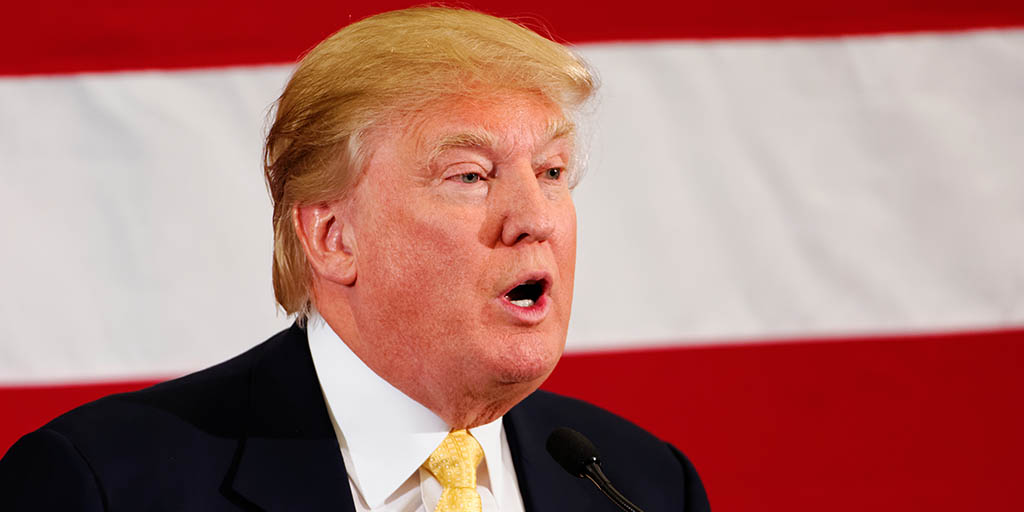 CREDIT: DONALD TRUMP SR. AT #FITN IN NASHUA, NH; PROMICHAEL VADON ON FLICKR (CC BY-SA 2.0)
We're only a month away from finding out who won the U.S. presidential election. We can do this.

By the time you’re reading this, this will be old news. But as I am writing this, the feelings I have over Donald Trump’s presidential nomination are real, painful and cut deeply.

But most of all, I am afraid.

I am afraid because, as a journalist who has spent the last few months mocking him, I am at risk of being sued by him for libel, as he has vowed to update libel laws to include any disparaging comments, regardless of how based in fact they may be. A free press is one of the foundations of a democracy, and threatening dissidents with a lawsuit is one of the best ways to shut down political opposition.

I am afraid because, as a woman who believes all women have the right to choose what they do with their own bodies, Trump has said women should be criminally punished for having an abortion. He said this even though making abortions illegal was deemed unconstitutional, completely disregarding a woman’s right to body autonomy. Criminalizing abortions does not solve the problem, it just leads to an increase in unsafe abortions, putting the mother at an unnecessary risk.

I am afraid because, as someone with no religious affiliation who identifies as an atheist, I open my heart to people of all faiths and have been showed the same love and acceptance in return and Trump has made his beliefs about the Muslim community obvious. I choose to learn more about cultures and religions I do not understand as opposed to fearing them. I truly do have friends from multiple faith groups, and these people only enrich my life and help me to see the world from other perspectives.

I am afraid because we are at a point in history where people desperately need help. Refugees who are fleeing their wartorn countries viewed North America as a safe harbour, a light at the end of a dark and bloody tunnel. Now, many will look to America and will not see the Land of Opportunity they were promised. Instead, they will see a country built upon the idea of immigration shun them, uncaring that without help they will die. This selfishness is fundamentally unpatriotic; it is the antithesis of what America is supposed to be.

I am afraid because, as a member of the LGBTQ+ community, Trump has made it obvious that he does not care about their issues and concerns, and instead will support anti-LGBTQ+ policies that will set the equality movement back by years, maybe even decades. Just because marriage equality was supported by the Supreme Court does not mean the fight is over.

I am afraid because, as a candidate who gained popularity because of his plan to build a wall to keep out Mexican immigrants, this can only harm trade partnerships and foreign relations.

I am afraid because Trump has emboldened white supremacists. By not condemning them for their actions he was by default supporting them and their actions. Being a person of colour was not an easy thing in America before, but I cannot imagine the fear some parents will feel as they tuck their children into bed.

I am afraid because all of the people who fell for Trump’s lies will not benefit from his leadership. Trump has been an elite his entire life; his claim that he got a “small loan” of $1 million from his father to kick start his real estate career shows a complete lack of understanding of the day-to-day struggles of an average American. They are the real losers in this fiasco because they have so much faith in him.

I am afraid because Trump has said he will take legal action against the women who have alleged he sexually assaulted them. I am especially afraid for the woman who alleges he sexually assaulted her when she was only 13, but took years to come out and say it because she was too afraid. Imagine how afraid she must be to know that the man she is suing now has an unimaginable amount of political power.

But most of all, on top of all of these legitimate fears, I am afraid of his unpredictability. He is a loose cannon, a wild card. He has flip-flopped on so many of his stances in order to bring certain groups of people to his side that there’s really no way we can predict what will happen. The only thing I can fully count on when it comes to Trump is his lack of empathy and his disdain for those who are not like him: rich, white and powerful.

America has survived bad presidents before, and she will survive this one. We just need to make sure we stay strong together, support those who need the support and vow not to stand idly by and watch America become a country its people do not recognize.
Editorial opinions or comments expressed in this online edition of Interrobang newspaper reflect the views of the writer and are not those of the Interrobang or the Fanshawe Student Union. The Interrobang is published weekly by the Fanshawe Student Union at 1001 Fanshawe College Blvd., P.O. Box 7005, London, Ontario, N5Y 5R6 and distributed through the Fanshawe College community. Letters to the editor are welcome. All letters are subject to editing and should be emailed. All letters must be accompanied by contact information. Letters can also be submitted online by clicking here.
Donald Trump U.S. Politics