With Trump in charge, what does this mean for the rest of us? 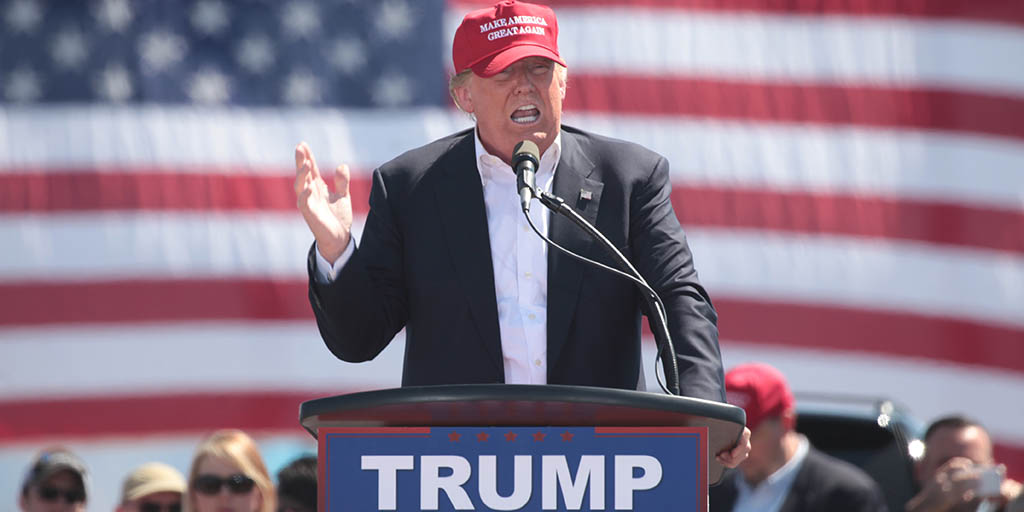 CREDIT: "DONALD TRUMP" BY GAGE SKIDMORE ON FLICKR (CC BY-SA 2.0)
Will Trump really make American great again and how is Canada going to be affected by this?

The U.S. presidential election may have come and gone, but many are still questioning the Nov. 8 results and the fact that Donald Trump will soon be referred to as commander-in-chief.

What may have seemed like a farfetched idea is now the reality for Americans, whether they like it not and while our neighbours to the south are preparing to welcome the incoming presidential family, Canadians are watching from the sideline perhaps wondering how this shift will affect the country.

Fanshawe political science professor, Matt Farrell, noted that American elections are always interesting and said there are a number of reasons why the results happened the way they did, noting that the U.S. use a “peculiar” system that hasn’t been updated in over 200 years.

According to Farrell, one quirk of the system is that it allows for each state to pick its own voting rules, as there is no central election authority. This includes determining who can vote, when those chosen can vote and how long they are allowed to vote for.

Farrell said people are not actually directly electing the president either, rather the states do.

“Hillary Clinton ends up with about 200,000 more votes than Donald Trump at the end of the election and then she loses, and that’s not uncommon,” Farrell said. “You could argue in terms of democratic legitimacy, any time that happens, it’s not cool, but that’s the system and you have to play to the system and the system is that the states vote and Donald Trump did far better and Republicans do tend to fair better given the Electoral College.”

What also struck Farrell was how few people went out and voted for Clinton, noting that she received roughly six million fewer votes than Barack Obama did during the previous presidential election.

While Trump won, Farrell noted how he received fewer votes than Mitt Romney, who ran against President Obama during the 2012 presidential election.

“It really says something about the turn-out on the Democratic side I think. It was down… it could be because maybe they weren’t that excited about Hillary, it could also be because there was actual disenfranchisement, there was actual mechanical means to try and deter voters in some of these swing states, 20,000 voters kept off the rolls in certain states,” Farrell said.

According to Farrell, it could also have had to do with people choosing not to vote as well or the fact that in at least four key states, the third party candidate(s) had the margin of victory.

“That in itself is significant. Things could have really been different if people weren’t voting for third party candidates,” Farrell said.

According to Farrell, America is divided by urban and rural ways of life. Urban life includes main states such as New York, Los Angeles, Chicago and Washington; these states essentially run the country.

“There’s a perception that these states are isolated, they’re little islands of people that are out of step with the rest of the country, and I think that’s part of what was showing through there.”

Farrell said the urban way of life that is depicted within these cities is not how many people, especially those in rural areas, tend to live.

Farrell also pointed out that the media did play a role in this particular election as Trump monopolized the news cycle, while social media also played a factor in this election. He said Trump was also choppy, which most people could relate to, while Clinton stuck more to the traditional election rules, which didn’t seem to help her in the end.

In terms of what the election results could mean for Canada, Farrell doesn’t think it means too much.

“Number one, we’re going to be concerned about trade because we have such a huge trading relationship with the United States. We’re going to be watching to see if Donald Trump tries to do something with NAFTA or pull out of the World Trade Organization,” Farrell said.

Farrell acknowledged Canadians are mindful of this, but it wouldn’t actually be something the president could do right now, as he would have to navigate hurdles before he could do so.

“Things like trade, the military, diplomacy, they all happen in different tracks and are not really related to each other, so the fact that there’s a new person in charge doesn’t really change anything that happens in the economy. The border is in the middle of a virtual assembly line, and whoever’s living in the White House doesn’t really affect those on a day-to-day basis,” Farrell said.

With immigration, Farrell said he doesn’t anticipate long line ups at the border crossing right away, but in the way that Canada and the U.S. deal with refugees is different, could be an issue, given Trump’s stance on immigration and refugees.

What might change, according to Farrell, are symbolic things.

“These two countries, they’re very integrated. America is a big lumbering economy and it’s hard to really turn that on a dime, so one person might not be able to do it.”

However, Farrell said the Keystone XL Pipeline could be one area where it could be interesting since there are people in the executive branch that are contributing to a decision.

“That could be one of the things that’s actually tangible…it might be contingent on the personalities that are in the room,” he said.

Farrell agreed that everyone will just have to wait and see what unfolds as Trump begins his presidency next year.
Donald Trump U.S. Politics

Quebec survey shows ways in which students are prone to radicalization