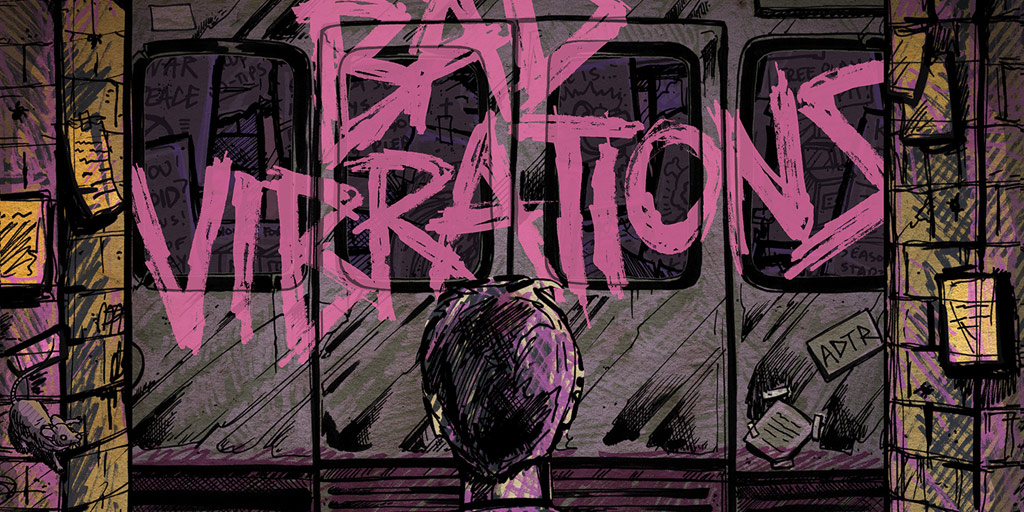 Reminiscent of their sophomore release, A Day to Remember is charged up and ready to blow out your car speakers.


A Day to Remember is the band that just keeps chugging. Their unique blend of metalcore and pop punk has been adopted by many and perfected by few since their formation in 2003. On Sept. 2 the band released their sixth studio album entitled Bad Vibrations and with it they opened the doors to a heavier ADTR evocative of their sophomore release, For Those Who Have Heart.

The ‘heaviness' of Bad Vibrations is a direction that can possibly be attributed to the collaborative writing format utilized for the album. In an interview with Team Rock, guitarist Kevin Skaff said, “It just kind of happened naturally that the record is heavier ... It could have been a ton of things. It could have been because we were finally all together in a room writing again and everyone's pissed off. Who knows?” Whatever the reason may be, the writing style utilized has led to a remarkably organic and varied batch of songs.

The 13 album tracks, 11 standard and two from the deluxe edition, were cut from a long list of 60 songs written over the course of a month. Although the album relies a little heavily on breakdowns it's easy to tell that Bad Vibrations is far from scraping the bottom.

Even the weaker songs on the album such as “Naivety” and “Turn off the Radio” contain catchy melodies and creative passages that keep the listener's interest. A Day to Remember can always be counted on to write a few bland and straight forward tracks like “Naivety” and “We Got This” but their knack for catchy melodies proves once again to be their saving grace.

Bad Vibrations has given lead singer Jeremy Mckinnon ample opportunity to display the power and experience that 13 years at a microphone gives you. From the aggressive yells that open the album in its self-titled track to the soft and vulnerable lyrics of “Forgive and Forget”, Mckinnon delivers a wide array of emotions and vocal styles.

What the album lacks in bass-driven tracks, it makes up for with Kevin Skaff and Neil Westfall's flawless riffs and solos. Drummer Alex Shelnutt makes sure he's not forgotten, delivering exactly what each song needs. Whether that's taking a back seat on tracks such as “We Got This” or thrashing through tracks like “Exposed” and “Bullfight”, Shelnutt never misses a beat.

Chug-heavy and breakdown filled tracks such as “Bad Vibrations”, “Exposed” and “Reassemble” might have seemed out of place on previous releases but they mesh well with the latest album's darker direction. These high-energy songs are broken up nicely with brief moments of soft vulnerability in tracks such as “Justified”, “Forgive and Forget” and “We Got This” the latter of which gives a generous nod to ADTR's pop punk influence.

Bad Vibrations clearly panders to the group's more “thrash inclined” fans, but small pockets of pop punk still shine through the cracks in other tracks such as “Same About You” and the deluxe tracks “Negative Space” and “In Florida”. It might not mark A Day to Remember's greatest album but it's exactly what fans needed after softer album releases.