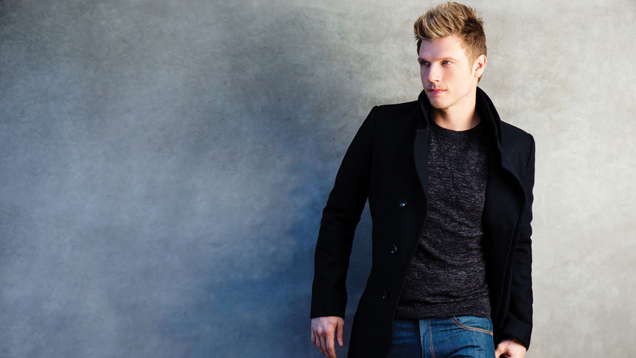 Nick Carter's new album, All American, blurs the lines between personal experience and narrative in a way that is both introspective and slightly paradoxical.


I write about random things a lot. I write a lot about random things. In case you haven’t noticed the flashes of Kelly Green popping up on campus and downtown lately, let this be your official notice: St. Patrick’s Day is right around the corner.

I wouldn’t usually suggest leaving London to observe such a memorable night elsewhere, but if you’re a fan of Nick Carter or his boy band past you may want to make the trip into Toronto — the recent Dancing With the Stars finalist and founding member of the Backstreet Boys is touring through Canada next week with stops in Montréal and Toronto on March 16 and 17.

The gigs punctuate the latest leg of Carter’s tour across the U.S. as he heads westward from Boston, just in time to celebrate the March 11 release of his most recent album All American here in Canada on MapleMusic Recordings. The album was released in the U.S. as a digital download on Carter’s own label Kaotic, Inc. in November, yet physical CD copies only began to ship from his website last month.

All American is bright and bouncy, seemingly tailored for summer and sure to be as warmly received by his fans. Carter co-wrote all eleven songs, blurring the lines between personal experience and narrative in a way that is both introspective and slightly paradoxical; his lyrics are often specific and read more like a journal entry than a general narrative. There are moments that a listener might not find completely relatable without being male, in their thirties, a beleaguered pop star or having spent significant time in Los Angeles, so it’s difficult to know if this new album will draw in new young fans while it appeases those he already enjoys.

Case in point, the lead single and album opener “19 in 99” reads like a love letter to the ‘90s, featuring a healthy amount of pop culture references undoubtedly influenced by Carter’s own life and loves.

The snappy pop production places its sound squarely in the present, but the lyrics pine for a decade that young audiences completely missed; musically it could exist on a playlist with Taylor Swift or Walk the Moon, but lyrically it seems like it would appeal mainly to the audience that grew up with him.

There are a few such paradoxes throughout the record, though innocuous in nature. The record continues with “Get Over Me” featuring Avril Lavigne, which was released as an unofficial promo single back in November. The two rail against the obsessed fans that accompany their fame, taking the typical ‘break-up anthem’ trope to new territory. “Second Wind” is a sunny party tune (a la Sugar Ray) that has Carter musing over his surroundings and the night he lost to memory with such nonchalance you forget he’ll soon be 39 in ’19.

That said, pop music isn’t meant to be dissected and analyzed. Paradoxes aside, Carter has assembled an upbeat pop record that flexes in rock and dance-pop flavours as easily as horns or cowbell. All American may not contain your new spiritual anthem, but if you’re longing for summer and willing it to return, play this record long and loud and lots.

“Man On The Moon” and “Horoscope” are particular highlights, while both “Swet” and “All American” are sure to pop up on pre–party playlists as the days continue to get longer.

For more on Nick Carter or his new album, visit nickcarter.net or follow @nickcarter on Twitter and Instagram. Tickets to his March 17 show at the Phoenix Concert Theatre run as low as $36, available online via Ticketmaster.ca. VIP upgrades are available for purchase from Carter’s website, featuring perks like first entry to the venue, an autographed poster and a photo with the star. This show is 19-plus, doors open at 7 p.m.

And for more of the latest music news, album releases and gigs coming to London, add @fsu_bobbyisms to your Twitter timeline. Word has it that the Backstreet Boys may be releasing a new album in the fall, why not grab this opportunity to get Cartered away? I’m out of words.