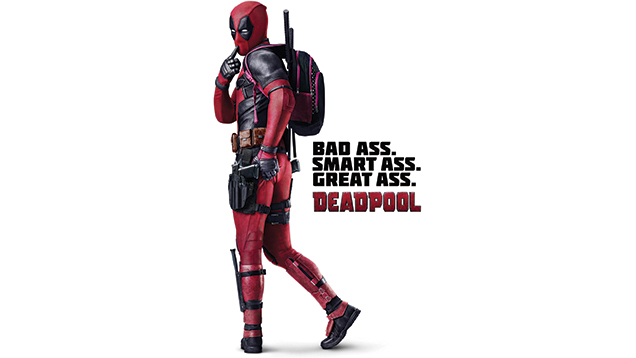 After the miss that was Deadpool in 2009, there was doubt when it came to another adaptation of the comic. But director Tim Miller's take on Deadpool did not disappoint.


Adapting a well-known comic character to the big screen is an imperfect art. Despite the successes of the recent glut of comic book films, there have been a few outliers that have simply failed to capture what makes that character special. Of all these failures there is perhaps none more famous than the 2009 adaptation of Deadpool. Thankfully, that has been rectified in spectacular fashion.

The movie follows Wade Wilson, played by Ryan Reynolds, a kind-hearted Canadian mercenary who is offered an experimental cure for the cancer he has contracted in such non-vital organs as his lungs, prostate and brain, “all things I can live without”. Unfortunately, the shady-seeming agency that offers him the cure is just as untrustworthy as you would expect, bringing super powers out of their human guinea pigs through a combination of chemical treatments and torture. Hell-bent on revenge and horribly disfigured, the newly christened Deadpool sets out to track down Francis ‘Ajax’ Freeman, played by Ed Skrein, so the process can be reversed and he can reunite with Vanessa, the woman he loves, who is played by geek goddess Morena Baccarin.

If there is one thing that Deadpool gets right, where so many adaptations fail, is a passionate devotion to the source material. Reynold’s take on the Merc with a Mouth was ripped straight from the pages of the comics, in all of his vulgar and violent glory. This is not content that simply breaks the fourth wall, Deadpool smashes through it with all the subtlety of a wrecking ball, as the character comments on the acting chops of an actor named Ryan Reynolds, laments the existence of the green, animated super suit made famous in the dire Green Lantern film.

Perhaps most gleeful for fans and Reynolds himself, are the multiple insults at the character’s debut film appearance in 2009’s X-Men Origins, where the character was adapted as an unrecognizable mashup of several different Marvel characters. The most criminal part was when they sewed his mouth shut, which this film counteracts by having Deadpool never shut up. Seriously, the jokes come so fast and in such great volume that it was hard to catch every one of them. Not all of them land, but the law of averages dictates that when a movie sends out jokes in the triple digits, some of them are going to be stinkers.

Sitting outside of the Marvel Cinematic Universe, Deadpool exists in the same continuity as the X-Men films, a fact that it points out every chance it gets, with trips to the Xavier mansion (which only seems to have two inhabitants), and the persistent attempts of Colossus to convince Deadpool to give up his tendency to eviscerate his foes and join the superhero team. The appearances of Colossus and his protégé, the amazingly named Negasonic Teenage Warhead, are among some of the films highlights, with their respective morality and apathy clashing perfectly with Wade Wilson’s mania.

The film is not perfect though. Skrein’s villain is one-dimensional, possessing his own abilities, but never really showing them off. He also fails to elevate the character beyond a typical, sneering villain and serves as more of a living plot point than a true threat to the hero. Also some of the aforementioned ‘misses’ in the joke department really miss, scraping the bottom of the barrel when it comes to what even 12-year-old me would have found funny.

Thankfully, for those who have been awaiting this film for nearly a decade, Reynold’s is Deadpool. The effort that the actor has taken over the years to give this outlandish hero the film he deserves shines through in every bit of dialogue he spouts. He’s a tour de force of profanity and action, and this could very well be the role that he is remembered for come the end of his career.